Damien Chazelle’s Next Film, “Babylon,” Is Coming In 2022 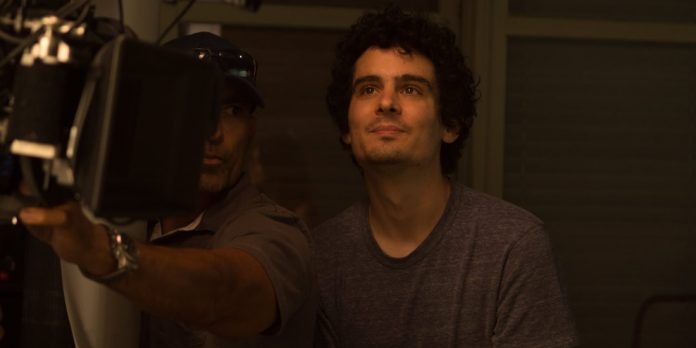 By Danilo Castro
​
​2021 may have just started but we’re already looking ahead. Oscar-winning director Damien Chazelle is returning to his “La La Land” roots. The writer and director has confirmed that his next film will be titled “Babylon” and it will take place during the 1920s in Hollywood. According to IndieWire, “Babylon” will open on December 25, 2022, and will go wide on January 6, 2023.

Chazelle has not released many plot details about “Babylon,” but we do know that the film will deal with the transition from silent movies to talkies, much like “Singin’ in the Rain” and “The Artist.” IndieWire added that the film would blend fictional and real-life characters, much like Quentin Tarantino’s recent period drama “Once Upon a Time in Hollywood.”

Real-life characters aren’t the only connection “Babylon” has with the Tarantino flick. The film will also star Brad Pitt, who won the Academy Award for Best Supporting Actor for his turn in “Once Upon a Time in Hollywood.” Chazelle previously announced that he would be re-teaming with “La La Land” star Emma Stone for “Babylon,” but Stone was forced to exit the film due to scheduling conflicts. Margot Robbie, another “Once Upon a Time in Hollywood” alum, is in talks to replace Stone.

Lionsgate was previously in the lead to acquire “Babylon” at auction, but Paramount ultimately came through with the winning bid. The film will be produced by Olivia Hamilton, Matt Plouffe and Marc Platt.

What do you think of Chazelle’s upcoming film? Do you think the film will mark the director’s return to Oscar glory? Let us know in the comments section below or on our Twitter account.