Christine Baranski & Making The Jump From Tv To Film 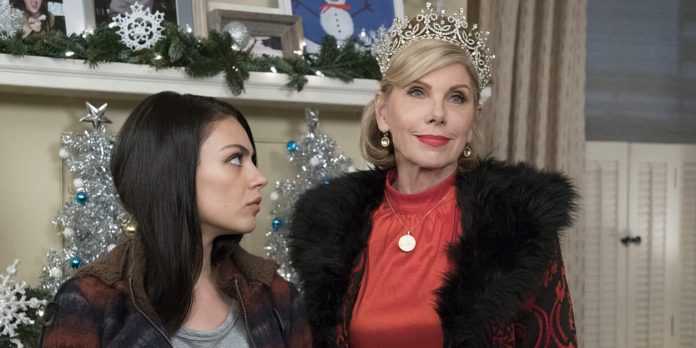 Take a look at the strongest, most surefire Best Supporting Actress this year, and what do you see? Most would agree, Allison Janney (“I, Tonya”) and Laurie Metcalf (“Lady Bird”) are out front. Though Janney has worked as a character actor in many acclaimed films over the years, these actresses are primarily known and respected for their work in television. Janney has been nominated for 13 Emmys and has won seven; Metcalf has been nominated for 10 Emmys and has won three. Janney has been nominated for five Golden Globes and Metcalf two, but if they become nominated for “I, Tonya” and “Lady Bird” this year, it will be the first time they are nominated by the Hollywood Foreign Press for their cinematic work. It’s also conceivable one of these two women will win this year’s Academy Award for Best Supporting Actress.

​Janney and Metcalf could represent a new trend in the entertainment industry: Legendary television actresses finding meaty roles in independent films and collecting acclaim and accolades in another medium, film. If this trend continues into future film awards seasons, it could bring a lot of life to the Best Supporting Actress race, a category that often grows stale, occupied by patriarchal girlfriend-type roles who aren’t developed much outside of their leading male protagonists.

One actress who could have the potential to follow in Janney and Metcalf’s footsteps is Christine Baranski. Now, if you follow the Next Best Picture Podcast, this statement will come as no surprise to you, because the idea has been floated around in at least two podcasts. Baranski is logical successor to have her turn after these two television veterans; she is certainly equal to them in terms of quality work and the longevity of a career. The actress has racked up 15 Emmy nominations for acting throughout her career, winning once. After seeing Baranski in her most prominent film role in years, in “A Bad Moms Christmas,” this theory deserves more time and attention.

There’s no possible way Baranski would ever be considered for awards for her performance in “A Bad Moms Christmas” unless we were in an alternate universe where the Golden Globes broke up the supporting actors and actresses by genre as they do lead actors and actresses in drama and comedy/musical. But she’s more than deserving of celebration for her commendable, layered work in the film. Most importantly, her work in “A Bad Moms Christmas” provides evidence that she has the potential and talent to master a supporting role in a film with credibility and humanity.

Sadly, Baranski would never be considered for any type of industry accolades for this particular performance, mostly due to “A Bad Mom’s Christmas” as a film itself and its middling quality. “A Bad Moms Christmas” retains about half of the comedy from the fresh and clever social commentary of the original film but takes a beating from a quality standpoint as it is a fairly rushed follow-up film.

But make no mistake: Baranski is sensational playing Mila Kunis’ mother, Ruth. She seduces you with her charismatic screen presence and dynamite characterization, expressed mostly through comedy in the early half of the film, but later is deepened with pathos as the film reaches its climax. As absurd as it is to think, “A Bad Moms Christmas” allows the veteran actress to give us one of her most impressive, well-rounded film performances with a highly dramatic character arc.

While the role caters to Baranski’s role-type – the affected, elitist, wealthy, educated, put-together matriarch – we’ve seen before, she runs the gamut of her performing gifts in the film: she cries, sings, engages in physical comedy, shows vulnerability, and, of course, is quite funny. Baranski is the most memorable aspect of “A Bad Moms Christmas” with a versatile, well-developed character. She also has more screentime in this film than she’s had in any project in her filmography in recent memory; she’s arguably co-lead with Kunis.

If she’s able to steal the show from five other high-profile, talented actresses and exude range to the level of what she does in this simple chick-flick blockbuster, just imagine what Baranski could do with a role in an Oscar-caliber film. If she could mold her well-developed dramatic and comedic skills, both which we know she has from “The Good Wife”/”The Good Fight” and “Cybill,” respectively, Baranski would be a fascinating actress to watch ascend through the award season and critics reviews, similar to Janney and Metcalf this year.