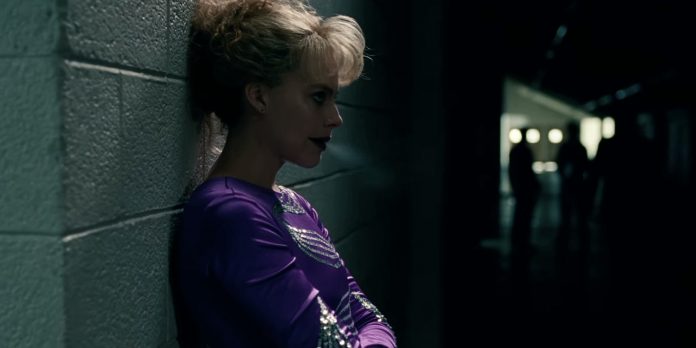 ​​“I, Tonya” premiered at the Toronto International Film Festival in early September. Met with praise, award pundits immediately threw the film into the conversation. Unsurprisingly, television acting mogul Allison Janney sprung to the top of the majority of pundits’ predictions as a leader of the Best Supporting Actress pack heading into prime awards season. A more interesting revelation to come out of the early screenings of “I, Tonya” is that Margot Robbie, starring as the infamous real-life figure skater Tonya Harding, is drawing all critical eyes to her arena. Robbie not only won approval from critics but skyrocketed into talk of potentially becoming a serious contender in the Best Actress race. She’s causing enough of a sensation that many are predicting for her to win the Academy Award for this performance. While there is great promise in a case being made for her conquering this award season, Robbie’s road to victory may not be as seamless as some may believe. The role of Tonya Harding may be a blessing and a curse for Robbie.

​There is a case to be made for her Oscar campaign. Harding is a character that allows Robbie to get under her skin and slay audiences with overt expression, mannerisms, and emotion. It’s the type of performance that will not go unnoticed. In addition, “I, Tonya” could draw mainstream audience interest and summon a successful box office return, based on the public interest in the original ‘90s scandal. Everyone knows who Tonya Harding is, so the film may very well likely be an easy sell to the general public. Another component working in her favor is, Robbie’s skating in the film reminds me of the way Natalie Portman’s dancing in “Black Swan” was a regular talking point in her successful Oscar bid in 2010. Her dedication to the role could benefit her status with voters.

The most promising thing Robbie has working in her favor is ingenuity. Robbie as at the age and point in her career where she is being “discovered” by Hollywood. They’re intrigued by her and curious about her. She’s attractive, charming, and youthful. Robbie broke out to major film audiences, critics, and the Academy in 2013’s “The Wolf of Wall Street,” and has since begun to ascend into roles that grant her more of a spotlight and authorship, such as in “Suicide Squad” where Robbie portrayed Harley Quinn. “I, Tonya” is the first time the Academy members will be seeing her in a starring role that is an awards-competitive performance. Ingenuity and attaining the “It Girl” factor goes a long way for young actresses who campaign during awards season, recent examples being Jennifer Lawrence, Brie Larson, and Emma Stone. There’s a great chance Robbie could follow in the path of those previous winners from this decade. Most strong arguments for Robbie as the frontrunner begin and end at this bullet point.

However, many could argue that Robbie isn’t the same as Lawrence or Stone, or even someone like Paltrow from the 1990s. Others could say her film type and the abundance of other contending Best Actress performances will impede a simple “It Girl” narrative from crowning another Oscar Queen. Sorting her way through competing actresses in more Academy-friendly films and who are already well-associated within the industry will be undeniably difficult for Robbie.

Yes, the Academy loves to reward actors for playing prominent nonfictional figures. And yes, they have a history of voting for actresses who make a full-body transformation, stripping away their natural beauty and glamor. (This was truer last decade than the current one, but let’s go with it.) One could point to Nicole Kidman in “The Hours” as an Australian on-the-nose (pun intended) example of this theory in action, arguing how Robbie can win. But there are usually greater forces at work, such as whether a Best Actress contender has a film in the Best Picture race, how long they’ve been around in Hollywood and the prestige factor in a performance/character. (“I, Tonya” could become a Best Picture nominee, but as of now, most of its buzz is geared at the acting and makeup races.)

In reviews of the film, Robbie’s performance in “I, Tonya” has been linked to Kidman’s iconic turn in “To Die For” as a point of comparison. It’s easy to see how the two have striking similarities: they are morally bankrupt and obsessive female leads of cynical black comedies. Kidman won a Golden Globe and Critics Choice awards and garnered a BAFTA nomination. It’s arguably the role that launched Kidman’s career as one of the greatest working actresses in Hollywood today. Robbie is probably just as fantastic in “I, Tonya,” and coincidentally, Robbie is at about the same age and point in her career as Kidman was at the time of “To Die For.” Despite hitting all those big award shows and winning her fair share, Kidman was snubbed for an Oscar nomination. Her snub could be accredited to her lack of notoriety and industry respect at the time of the film’s release and the genre of “To Die For” itself. For the better or worse comparison, Robbie could face the same fate as Kidman back then, being the toast of the town and taken seriously as a legitimate actress.

A key piece of Oscar predicting is the lacking attention to detail about the type of character. Hollywood is inherently elitist and ideologically purist. They want heroic and sympathetic or aristocratic and prestigious performances winning their acting categories. It’s my contention, supported by historical evidence, that Academy members are more likely to gravitate to performances that carry a certain amount of class, performances that tell the stories of attractive, wealthy, well-dressed and spoken characters. This is what I refer to as “snob appeal.” Snob appeal comes in many shapes and sizes, but for the case of this piece, it can be tied to materialism and social class. Snob appeal is especially essential for the Academy’s generosity to performances of “unlikable” characters. Examples of this are Cate Blanchett in “Blue Jasmine” and Rosamund Pike in “Gone Girl.” Robbie lacks this component to her anti-hero character. She will contradict the Academy’s tastes and sensibilities since she plays a villainous, controversial, and “trashy” public figure.

The only recent precedent that is a credible reference for Robbie winning Best Actress for playing a morally dubious female character who lacks snob appeal is Charlize Theron in “Monster.” Robbie’s role finds more ground for comparison with Theron in the fact that their characters are based on nonfictional stories and real-life characters. “Monster” was not a huge player at the Academy Awards in 2004, though Theron – an actress who transformed from appearing like a model in her public life to a low-income murderer in her professional life – was handsomely rewarded with a round of Best Actress accolades. Perhaps what draws the biggest contrast between the two, and why Robbie may not fare as well as Theron, is the tone and genre of the films. “Monster” is a completely different animal than “I, Tonya,” since it is a dramatic film about a serial killer, not a dark comedy about figure skating. Academy regularly embraces dramas over comedies. “I, Tonya” may seem less sophisticated as more socially accepted (for industry accolades), dramatic, and refined films with potential Best Actress nominees.

As exciting it is to focus on the possibilities in Robbie’s awards chances, between her heralded acting and Robbie’s freshness to the American cinematic could launch a winning campaign, there’s a real possibility that she may not struggle more than her fans want her to. Be cautious. There are five other actresses who have just as much of a chance, narrative, and campaign (or better) than Robbie. How she builds momentum in the coming months will be key.