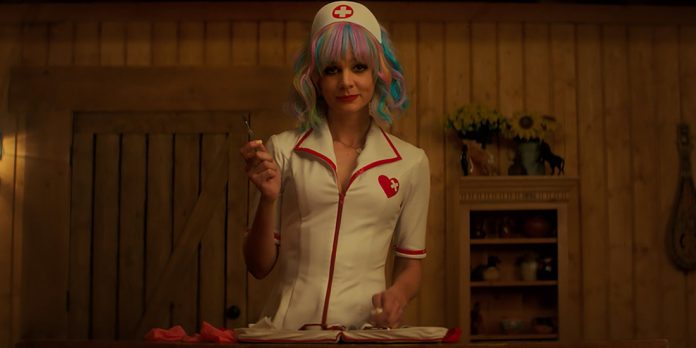 ​Carey Mulligan has joined the cast of Bradley Cooper’s upcoming Netflix biopic, “Maestro.” The Oscar nominee will play Felicia Montealegre, the wife of the famous composer and conductor Leonard Bernstein. Cooper (“A Star is Born“) will co-star as Bernstein, in addition to directing and co-writing the film with Josh Singer.

​According to Deadline, “Maestro” will chronicle the decades-long romance between Felicia and Leonard, from their initial meeting in 1946 to the former’s death in 1978. Their relationship yielded two separate engagements, three children, and unwavering support when Felicia discovered that Leonard was a gay man. Leonard died 12 years after his spouse in 1990.

The Bernstein family praised the casting of Mulligan in a statement obtained by the outlet. “We’re absolutely thrilled that Carey Mulligan will play our mother in ‘Maestro,’” Jamie Bernstein announced. “Carey will surely capture Felicia’s unique combination of wit, warmth, elegant beauty, and depth of emotion. We also love the way Carey conveys a kind of storybook European grace, which was something our mother embodied as well.”

Cooper admitted to being similarly struck by Mulligan’s poise. “I was struck by Carey ever since I saw her on stage many years ago and I haven’t missed a performance of hers since,” he gushed. “I am humbled to be working with such a mammoth talent, as well as such a kind person in Carey.”

“Maestro” begins filming next spring, but Cooper and Mulligan both have high-profile releases in the interim. Cooper will star in Guillermo del Toro’s remake of “Nightmare Alley” and Paul Thomas Anderson’s upcoming period drama, which is tentatively titled “Soggy Bottom.” Neither film has a proper release date.

Mulligan served as producer and star of the macabre thriller “Promising Young Woman,” which earned rave reviews from critics but has yet to secure a wide release. She will next appear in the romantic drama The Dig opposite Ralph Fiennes and Lily James.

What do you think of Mulligan being cast in “Maestro”? Do you think she will be able to land a second Oscar nomination? Let us know in the comments section below or on our Twitter account.