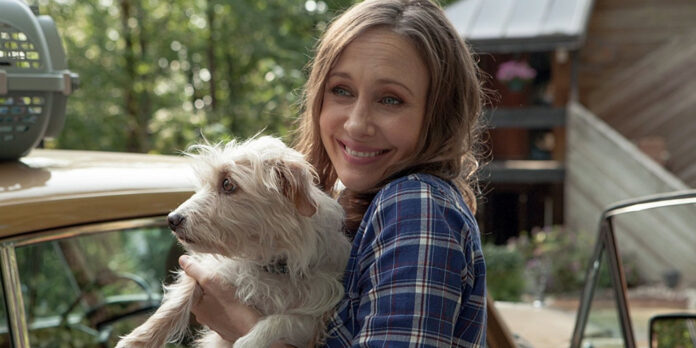 THE STORY – Laura is a well-meaning single mother who is forced to drive her estranged pot-dealing father, Jack, from Texas to California, with her troubled son Henry along for the ride. While Jack uses Henry and the road trip to help him distribute his copious supply of marijuana, Laura finally confronts Leonard – her dead-beat ex-husband.
​
THE CAST – Vera Farmiga, Christopher Plummer, Bobby Cannavale & Lewis MacDougall

​​Christopher Plummer is coming off quite the year. After successfully replacing Kevin Spacey in the last minute reshoots of “All The Money In The World” along with a wonderful performance as Scrooge in “The Man Who Invented Christmas,” Plummer is consistently showcasing his subdued power on screen and Shana Feste’s “Boundaries” is no exception. An eclectic family road trip sets the tone for this frolicking indie flick that knows its place in the world of film. “Boundaries” doesn’t try to be something it’s not; instead relying on its quick wit seated in bombastic scenarios to carry the viewer until the end. Sometimes this style works and sometimes it doesn’t, but it’s an enjoyable and poignant watch nonetheless.

Laura Jaconi (Vera Farmiga) is a single mom with a penchant for taking in homeless animals and a soft spot for the underdog. When her eccentric son Henry (Lewis MacDougall) gets expelled for drawing naked representations of his teachers, she must figure out a way to pay for him to attend private school. Consequently, she reaches out to her estranged criminal father for help, at the behest of her therapist and her own better judgment. Jack Jaconi (Christopher Plummer) agrees to help in exchange for a trip to LA via his classic Rolls Royce. Out of options, Laura agrees, unknowingly getting herself and her son involved in a cross-country drug deal.

Director Shana Feste does a lovely job with this film’s exposition, positioning the audience’s perspective right off the bat with an opening sequence of Laura during her therapy session. A chronic push-over and people pleaser, Laura suffers from giving way too much to those who don’t deserve it, from her mega-rich “friend” and boss to her ex-husband— who left due to being “too tired to love us properly.” This need to please came from a childhood full of disappointments from her mostly absent father, leaving her to raise her baby sister alone. Now, she’s hiding kittens in her purse from her therapist, among other things. Feste quickly sets the tone of “Boundaries,” being at once a whimsical comedic affair while still sifting through tough familial topics of abandonment and regret.

It’s all about the relationships, and Feste threads together intricate details between each character. Laura and her odd but kind son Henry are clearly each other’s protectors; it’s been just the two of them for many years, and it shows. For example, when Henry says he figured he and his mom would be roommates when he grows up, she responds with, “That’s weird, I want a guest cottage in the back.” They aren’t afraid of teasing one another, but it’s always out of a place of love. Farmiga and MacDougall have great chemistry, and when Christopher Plummer gets in the mix, it’s riveting to watch the familial triangle play out. Indeed, while Farmiga and MacDougall bring a necessary dry sense of humor to the table, it’s Plummer who takes the ride to the next level. He plays Jack with a ferocious manipulative glee, and you’ll find yourself wondering what’s really the truth at every pit stop.

You may also find yourself wondering what the point of “Boundaries” even is – a call to action for all families to adopt, not shop? A plea for children to reconnect with their parents, regardless of the past? A look into your soul? Or a testament to finding your self-respect and sticking to your guns? Shana Feste wanted a little taster of all of those things present in her film, and because of that, you may find yourself wanting more of one theme but less of another. This results in several subplots feeling incomplete and leads the viewer to feel like certain scenarios occur purely to keep from getting visually bored. For instance, there’s a wacky sequence involving monks that don’t quite develop to its full extent, which is a shame because it had such comedic potential.

Regardless, “Boundaries” is the perfect indie film for anyone who needs an adrenaline break from the summer blockbusters and superhero insurgencies. Well-written and full of enough one-liners to publish a book, “Boundaries” will have you rooting for the Jaconi family, weird as they may be (Laura’s sister calls her and Jack “sister san” and “papa-san,” respectively. She also refers to her couch bed as her bedroom). It’s a sweet and sentimental start to the summer season with a gratifying cast that’ll make it worth your while.

Powered by JustWatch
Share
Facebook
Twitter
Copy URL
Previous article
The Next Best Picture Podcast: Episode 95 – The Call For More Diversity & The Trailers For “Dumbo” & “The Little Stranger”
Next article
“SET IT UP”