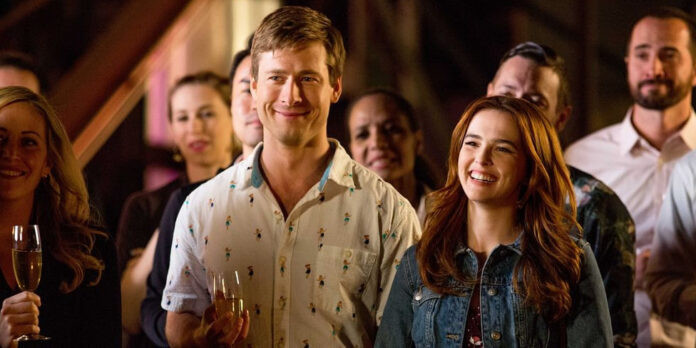 THE STORY – Two overworked and underpaid assistants come up with a plan to get their bosses off their backs by setting them up with each other.

​Netflix Originals have been hit or miss as of late with some like “The Cloverfield Paradox” and Duncan Jones’ “Mute” bringing them down to new lows. So it is refreshing to see a classic 1990’s style rom-com that reminds us that yes, Netflix is very much capable of creating the perfect sort of entertainment to watch on an “I really don’t feel like going out tonight, what’s on TV” kind of night. Backed by a smart script, and led by two absurdly charming actors, the film presents a safe and predictable but immensely enjoyable romantic comedy for the streaming era.

Written by a former assistant, and starring actors who heavily interacted with assistants, “Set It Up” understands what it means to be an assistant, both in the entertainment industry and in other fields of work. Your job becomes your life. You are on call 24/7, and your boss asks you to do insane, contradicting, and often degrading tasks. And maybe, just maybe, the work pays off down the line. That’s the world that “Set It Up” introduces us to, painting a montage of New York’s many long-suffering assistants, sprinting about, picking up dry cleaning, answering phones, handling urine samples, and more. Among these many long-suffering assistants, we meet two of the longest-suffering: Harper (“Flower’s” Zoey Deutch) and Charlie (“Everybody Wants Some’s” Glen Powell). Harper works for Kirsten, a cold, highly-driven CEO of a sports publication (A spot-on Lucy Liu), while Charlie serves the beck and call of Rick (Taye Diggs), a crass, ruthless venture capitalist. Both spend their entire waking lives in the same office building with their workaholic bosses, juggling contradictory tasks, and seeing their outside relationships crumble. When the two connect through a misunderstanding over takeout dinners for their respective bosses, they suddenly discover a solution: Parent Trap Kirsten and Rick into falling in love with each other and then use the ensuing free time to regain some semblance of lives. As they scheme to plant the seeds of romance between their two high achieving employers, as with any rom-com, the two start wondering if they might just be developing feelings for each other.

Let me start by saying, “Set It Up” is nothing new. Don’t expect groundbreaking cinema here. The plot goes pretty much exactly where you expect, complete with a climactic dash to the airport which we have seen countless times before from the genre. But really, how often are the best romantic comedies actually groundbreaking? Instead, we appreciate them for their witty dialogue and for the chemistry between the leads and “Set It Up” have both of those in abundance. Deutch has already impressed in roles like “Flower” and “Everybody Wants Some,” while Powell shined in “Everybody Wants Some” and “Scream Queens,” but both are on another level here. Their chemistry is undeniable. And the deliciously funny, pop-culture riddled dialogue allows the charming actors to stretch their legs. Deutch is able to balance an innocent cuteness alongside a scheming machievellian side, while Powell imbues a stereotypical ‘business bro’ with unexpected depth. And in addition to spewing a barrage a fun dialogue at each other, both Powell and Deutch get a “scene” to display capital A ‘acting’ (IE tears and or yelling).

As for the supporting cast, Liu and Diggs aren’t as nearly as fleshed out as the two leads. But Liu has the ice-queen role down to a science, while Diggs is believable as an abusive boss.  Mr. Ariana Grande himself, Pete Davidson, shows up as an endearing roommate, giving a warm (If unmemorable) comedic turn, while “Search Party’s” Meredith Hagner shows up as Harper’s engaged roommate. Neither has much to do, but they provide some endearing comedic support and help to round out the cast.

Claire Scanlon’s (“The Unbreakable Kimmy Schmidt”) direction is assured, but nothing flashy (Not that it really needs to be when the script and the stars are this good), although a cameo riddled opening montage will go down as one of my favorite scenes of the year. Not every gag lands, of course. Sometimes the pop culture riddled dialogue is overwhelming. And certain moments, like a drawn out urination gag, feel a bit out of place, belonging in a raunchier comedy than this.

But this particular romantic comedy’s heart is in the right place. Its protagonists feel like real people. The dialogue is strong, and the leads practically drown you in their chemistry. We’re not talking about a groundbreaking romantic comedy here. But the film is just so much fun, so endearing, and full of just enough authentic assistant details to make it a cut above the crowd. It’s your ideal charming Netflix comedy. And it proves that Powell and Deutch are not just stars in the making but maybe even the millennial answer to Tom Hanks and Meg Ryan.