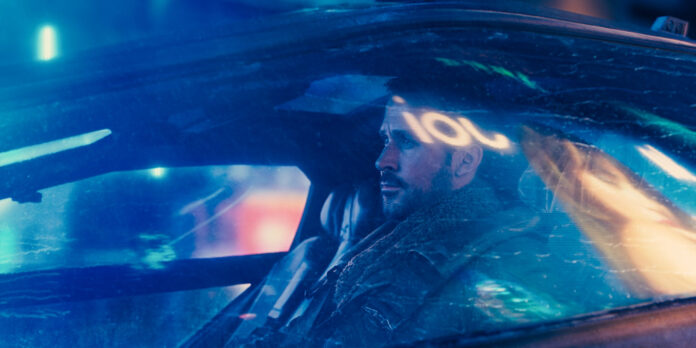 THE STORY – Officer K (Ryan Gosling), a new blade runner for the Los Angeles Police Department, unearths a long-buried secret that has the potential to plunge what’s left of society into chaos. His discovery leads him on a quest to find Rick Deckard (Harrison Ford), a former blade runner who’s been missing for 30 years.

What does it mean to be human? It is a question which has been at the heart of most science fiction stories since the birth of the genre. It was a question which Ridley Scott explored in his 1982 masterpiece “Blade Runner.” Now, 35 years later, Denis Villeneuve (“Arrival“) is in the director’s chair, with Harrison Ford reprising his role as Deckard while Ryan Gosling gets first billing as the new Blade Runner, who sets off on a mission that not only respects the original film but finds new and interesting ways to expand upon it and its genre. “Blade Runner 2049” is a new modern day sci-fi classic which will surely enjoy the same shelf life as its predecessor thanks to the talent involved and a studio willing to provide the resources to allow the filmmakers to bring their vision to the screen.

Los Angeles 2049. The city is just as dark, rainy and engineered as ever. Taking place 30 years after events of the original “Blade Runner,” “Blade Runner 2049” follows blade runner agent K (Ryan Gosling) who is tasked with hunting down and retiring rogue replicants. Along the way, he makes a discovery which could potentially change the course of human and replicant history. It draws the attention of replicant manufacturer, the blind Niander Wallace (Jared Leto) and Lieutenant Joshi (RobiN Wright), K’s superior officer. Both send their men, and in the case of Wallace, his female replicant Luv (Sylvia Hoeks) to find K as he sets off to track down a former blade runner named Rick Deckard (Harrison Ford) who has been missing for 30 years and holds the answers to questions which could help K in his mission.

“Blade Runner 2049” is filled with some of the most eye-popping visuals you are sure to see in a film this year. Legendary cinematographer Roger Deakins (With 13 Academy Award nominations and zero wins) has outdone himself here, finding new ways to push digital photography even further than it has gone before with its perfect blend of digital, practical and CGI enhancement. The way in which he utilizes color, light and framing is immaculate and will undoubtedly decorate people’s wallpapers on their computer screens for years to come.

The cinematography though is not the only technical element which deserves praise. The sound work, including the music by Hans Zimmer and Benjamin Wallfisch, is immersive, loud, layered and adds tremendously to the mood and atmosphere that Denis Villeneuve is setting out to make with this ambitious film. Costumes, production design and visual effects so seamless you’ll be left wondering what is computer imagery and what is not, are all operating on another level.

The editing by Joe Walker, however, may be the one area where casual audience members might find the most to complain about. At nearly three hours long, “Blade Runner 2049” certainly feels long but its the kind of pace which helps to involve the viewer in the story, characters, and environment which Denis has created. Could the film have been shorter? Surely. Would it have been better? Depends on who you ask. Personally, I found the pacing of the film to be perfect in allowing me to soak in the details of the technical elements of the film and stir upon the plot and themes which it was presenting. If certain viewers are expecting a high octane action spectacle with nonstop adrenaline, then they can always go watch “Mad Max: Fury Road.” Instead, “Blade Runner 2049” rewards patient moviegoers who have been clamoring for something more from big-budget filmmaking and after the lackluster summer we experienced, we should be on our hands and knees thanking the studio executives who gave Denis everything he needed to translate his vision to Ridley Scott’s originally created world.

I do not want to delve too deep into the story and its themes and ideas because to do so would bring about a tremendous amount of spoilers. All you need to know heading into “Blade Runner 2049” is that the original “Blade Runner” exists and should be seen prior to watching this one. Even though it’s not wholly essential, it helps considerably both thematically and emotionally to have seen the original prior to watching “Blade Runner 2049.” Harrison Ford’s performance will feel more emotional and Ryan Gosling’s work will be understood better. The rest of the cast, all fully bring their A-game to their roles no matter how small. Even Jared Leto, who is only in two scenes in total, does so much with such limited screen time to make Niander Wallace a sinister threat. Ana de Armas (“War Dogs“) is a dazzling newcomer who stuns with her beauty and affection for K. Robin Wright is solidifying herself as the new firm badass in blockbuster filmmaking with her performance here and in “Wonder Woman” earlier this year. However, it is Sylvia Hoeks as the replicant right hand to Niander Wallace, Luv, who is this film’s Roy Batty. Although she may not be as emotionally complex as that character was, it is her who you walk away from the film being the most impressed by other than the two leads.

In short, I do believe “Blade Runner 2049” is a new leap forward for the science fiction genre and will in a few years time cement itself as a masterpiece of cinema. With every technical element running at the absolute peak of their form, performances which are memorable and help to elevate the film no matter how small, confident direction and a smart script that surprisingly does everything right when the potential to fail was so large, “Blade Runner 2049” is a triumph of smart blockbuster filmmaking. There are some viewers who will be unable to appreciate this film’s ambition and level of brilliance due to the nature of its precise and patient storytelling. That same level of storytelling is essential for making the film as great as it is. However, for those who are in tune with what the original “Blade Runner” brought to the table in terms of big ideas that stayed with you long after the credits ended, “Blade Runner 2049” wants those ideas to stay with you as the film progresses. It then wants to subvert them as the twists in the story are presented and then after bringing you along for this journey, it wants to make you re-think everything you saw after its over again. This is one we will be revisiting for years to come.