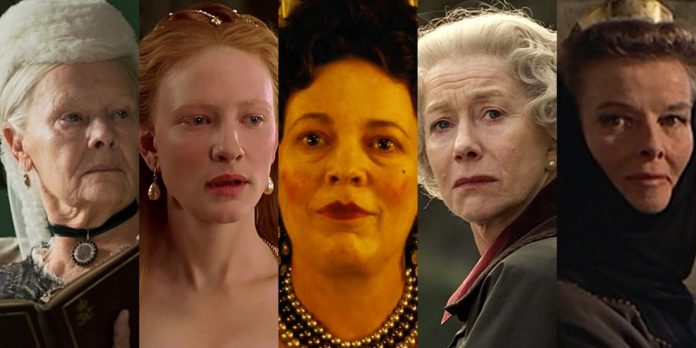 British queens have often served as subject material for films and television. Women from Katharine Hepburn to Helen Mirren have portrayed English and Scottish queens over the past decades. This winter season, two films about British queens are being released: “The Favourite” and “Mary Queen Of Scots.”

While “Mary Queen Of Scots” follows the story of Mary Stuart (played by Saoirse Ronan) and her cousin Elizabeth I (Margot Robbie), “The Favourite” examines a lesser-known monarch, Queen Anne (Olivia Colman). With three fantastic actresses taking on these powerful women, it feels like a good time to look back on ten of the best portrayals of British female monarchs on film and in television. 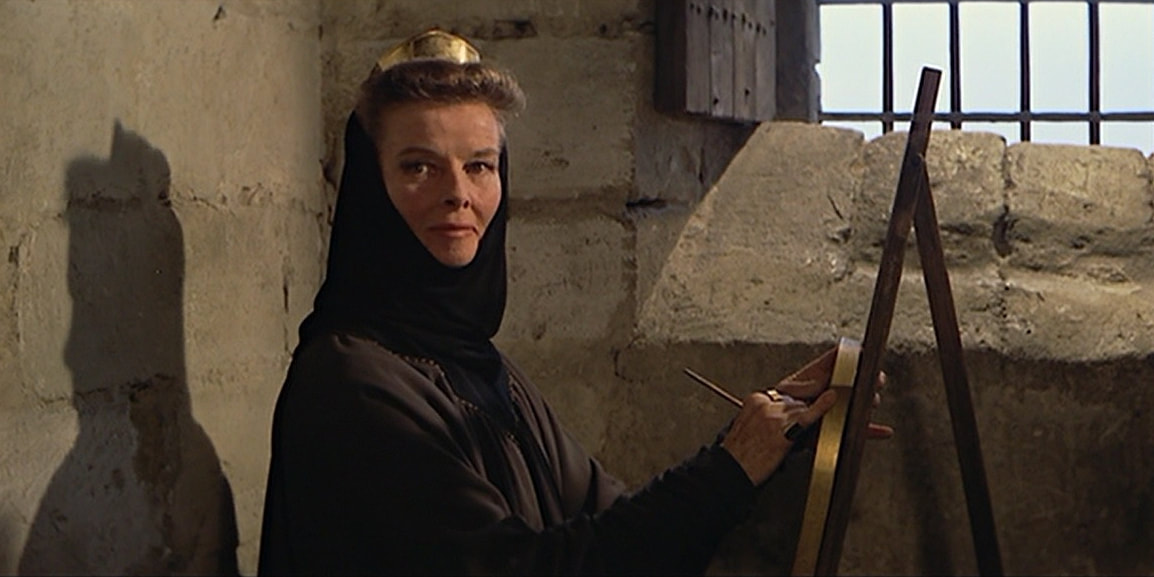 ​Katharine Hepburn’s performance as Queen Eleanor of Aquitaine has endured since the film first came out in 1968. In the film, the estranged Queen Eleanor spars with her husband Henry II over which of their sons will become king. Hepburn is equal parts elegant and scheming as the role takes her from a battle of wits to teary-eyed confessions. Hepburn tied for the Oscar for Best Actress (the only time this has occurred in Oscar history) with Barbra Streisand for “Funny Girl.” 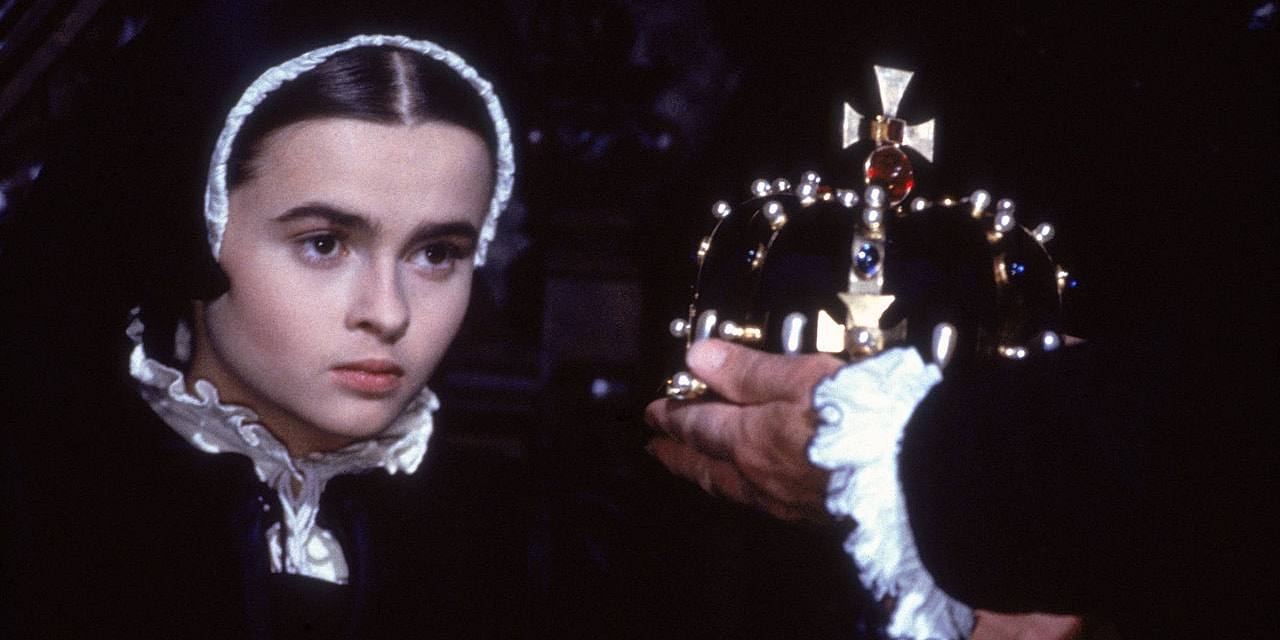 ​In Helena Bonham Carter’s first film, she played the young Lady Jane Grey, who was the queen of England for only nine days. While the movie overall is a fairly unremarkable period drama, Bonham Carter’s sweet, charming performance stands out and is indicative of the talent that she would go on to show in later movies. 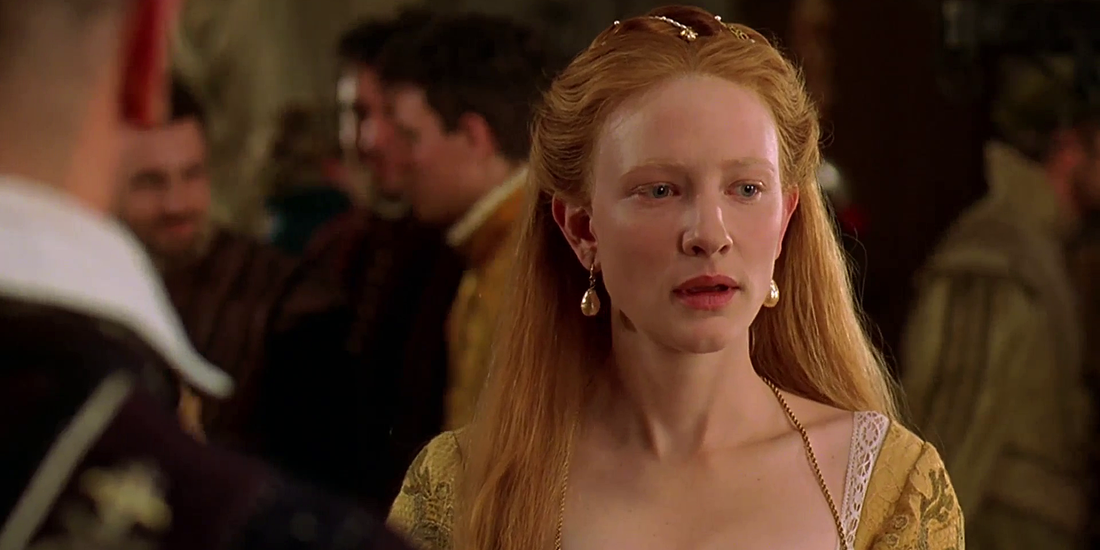 It is impossible to discuss British monarchs in cinema without talking about Cate Blanchett’s performance as Elizabeth I. This was the role that first brought the Australian actress international fame and even spurred a sequel in 2007, “Elizabeth: The Golden Age.” Blanchett shines as the young queen trying to find her way through the early years of her reign. Blanchett won the Golden Globe for the role and was nominated for the Oscar not just for “Elizabeth,” but for its sequel as well. 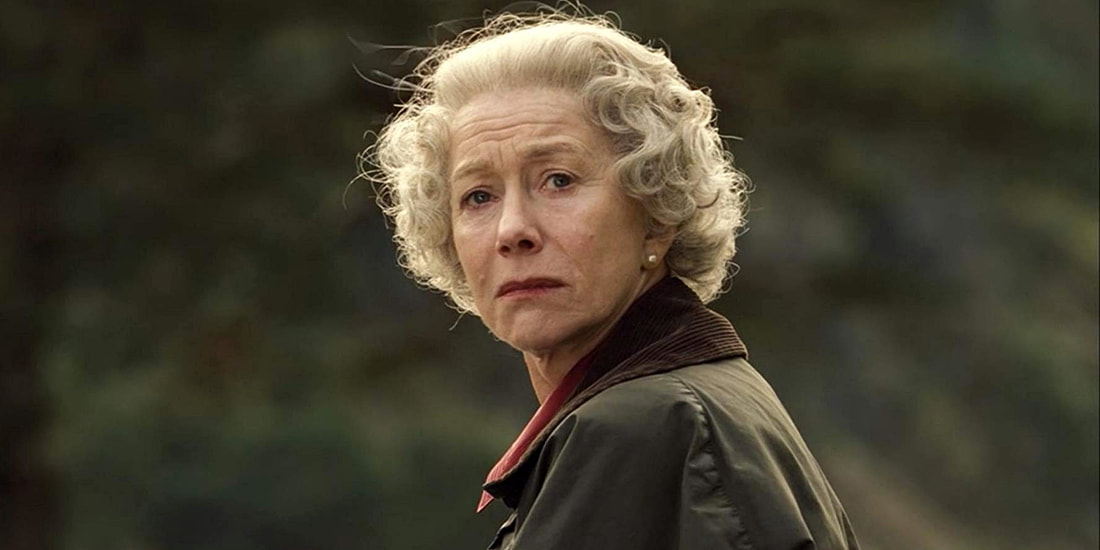 Helen Mirren is one of only two women on this list to be faced with the challenge of playing not only a queen who is still living but Elizabeth II, the most well-documented queen to ever rule. Mirren’s portrayal of the current queen of England in the aftermath of Princess Diana’s death was so elegant, accurate, and poignant that even Queen Elizabeth herself praised her. She went on to win the Oscar for Best Actress for this astoundingly authentic performance. 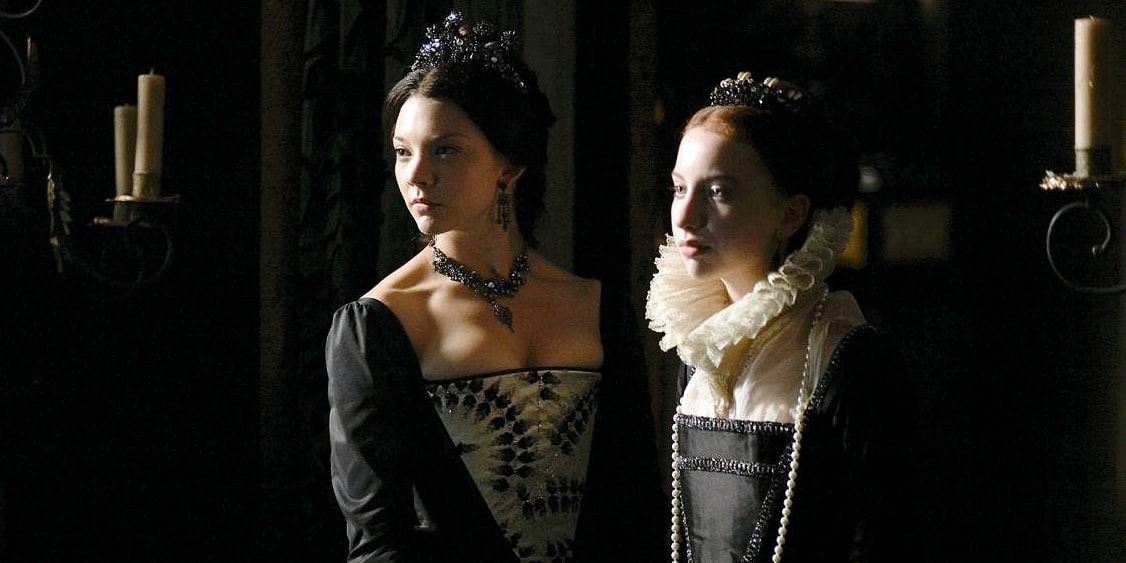 Despite the many issues with the show itself, Natalie Dormer’s performance as Anne Boleyn on “The Tudors” may be the best portrayal ever of the unfortunate, yet headstrong queen. Dormer, in her star-making role, managed to depict both Anne’s intelligence and her allure. Though the show went on for two more seasons after Dormer’s memorable execution scene, many look back on her performance as the best thing about it. It is worth noting that Sarah Bolger also gave a heartfelt and nuanced performance as the young princess who would later become Queen Mary I on “The Tudors.” 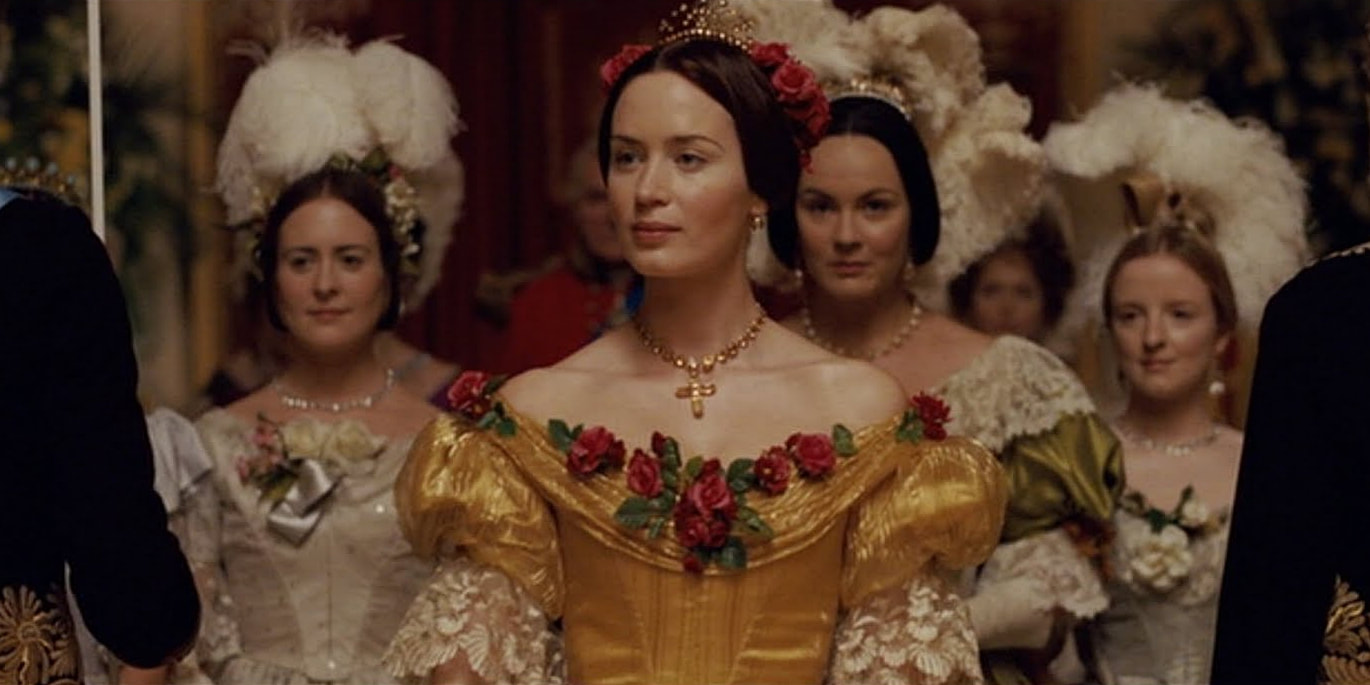 Many actresses have taken on the role of Queen Victoria, one of England’s most memorable monarchs, but Emily Blunt gave a charming performance in “The Young Victoria.” The film focuses on the early years of Victoria’s reign, and Blunt had lovely chemistry with Rupert Friend, who portrayed her husband, Prince Albert. She nailed Victoria’s determination and willfulness and though she didn’t manage an Oscar nomination, she was nominated for numerous awards. 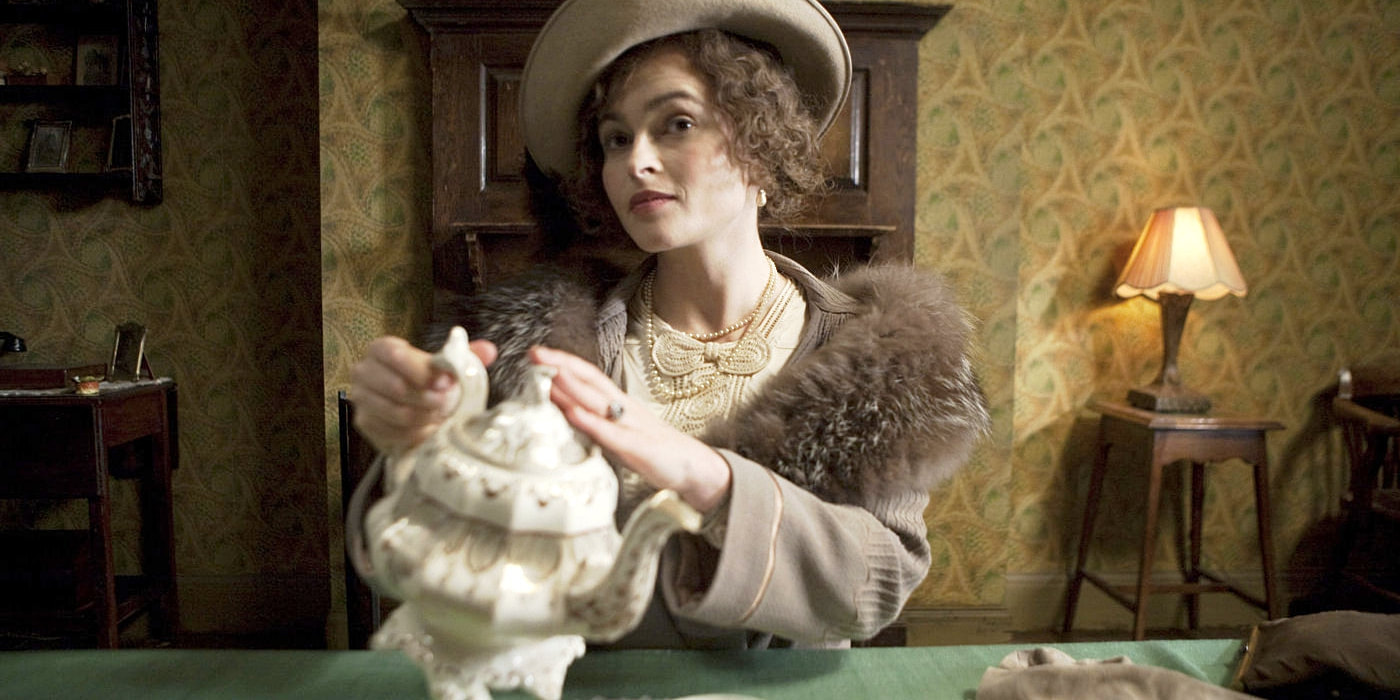 Helena Bonham Carter appears on the list a second time for portraying Queen Elizabeth, better known as the Queen Mother, in “The King’s Speech.” (She is soon to take on another British royal, Princess Margaret, in Season 3 of “The Crown.”) Elizabeth is a very different role than the one Bonham Carter took on twenty-five years before. It also stands out amongst her filmography as proof that she is a genuinely talented actress, even when not playing kooky, over-the-top roles. While it’s a small part, she did manage to nab an Oscar nomination for Best Supporting Actress. 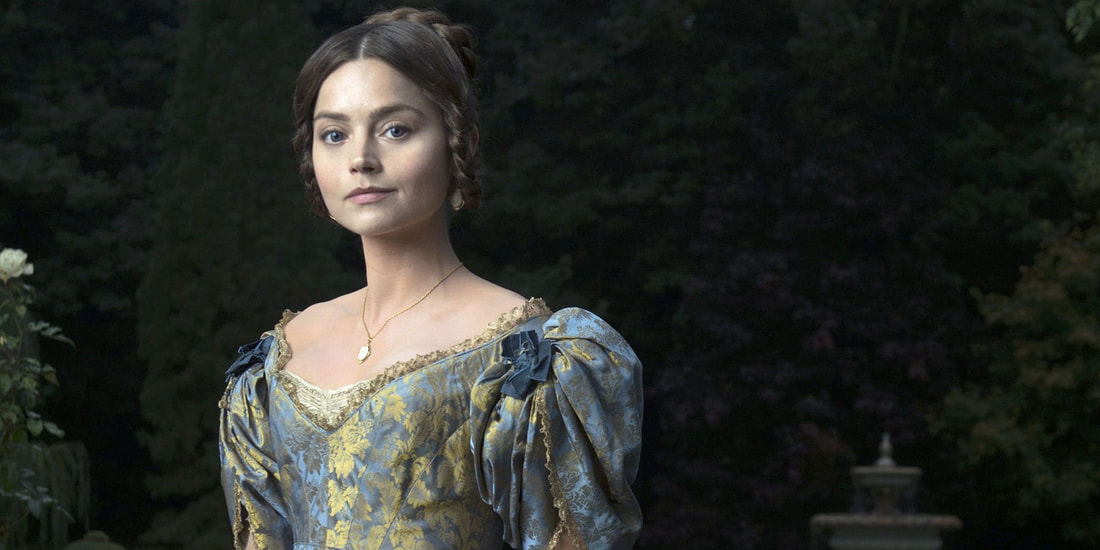 Despite the numerous great portrayals of Queen Victoria, there was no way I could leave Jenna Coleman off this list for her performance in the TV show, “Victoria.” She portrays the spirited and emotional young queen to perfection and is especially great in scenes with Rufus Sewell as her first prime minister and confidant, Lord Melbourne. As opposed to Blunt’s Victoria in the 2009 film, Coleman’s acting skills are really tested as the series touches on Victoria’s difficulties with motherhood, struggles to learn to be a good monarch, and losses of those close to her. She is particularly stunning in “Warp and Weft” (Season 2, Episode 3), which may be her best acting on the show yet. 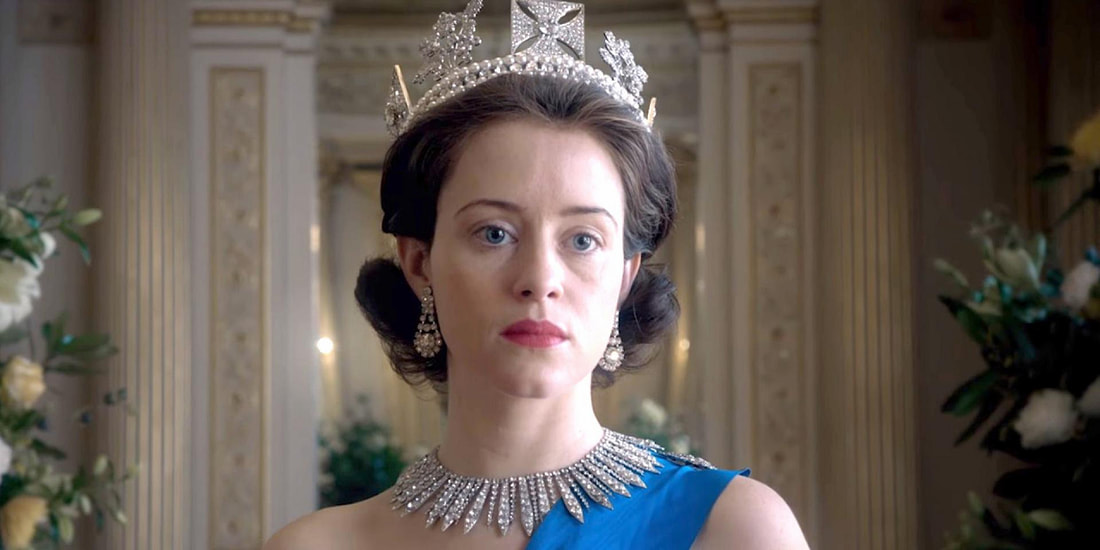 Claire Foy has drawn much attention for her role playing the young Queen Elizabeth II on Netflix’s “The Crown.” She captures both the poise and the humanity of the current queen and seems remarkably like the television footage of her from that time. She won the SAG award for Best Actress in a Television Drama in both 2017 and 2018 for the role in addition to winning the Golden Globe award in 2017 for Best Actress in a TV Drama and the Emmy for Best Actress in a TV Drama for the wonderful episode, “Dear Mrs. Kennedy.” Foy’s time on “The Crown” has come to a close and Olivia Colman (who can soon be seen as Queen Anne in “The Favourite”) will take over the role for the third season. 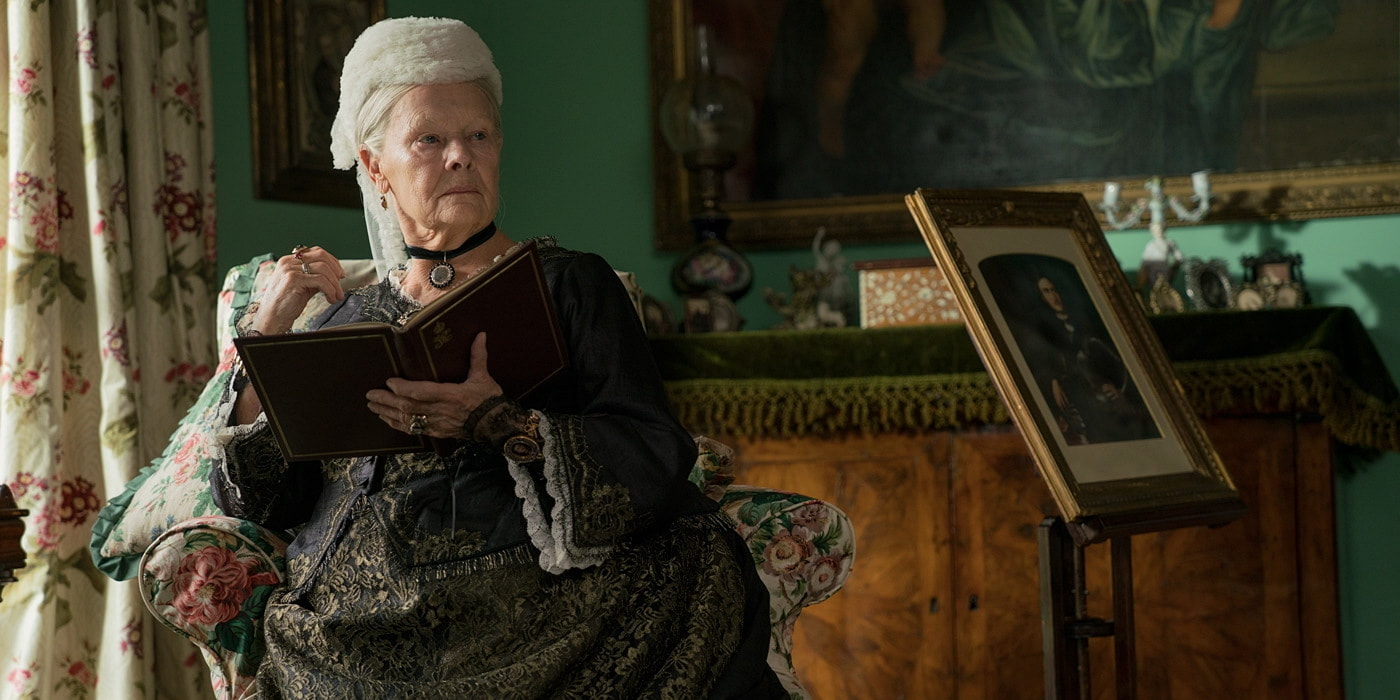 While many of the portrayals mentioned above (with the exception of Hepburn) depict the queens in their early years, Judi Dench gives a beautiful portrayal of Queen Victoria near the end of her life in “Victoria and Abdul.” Dench played the queen before in “Mrs Brown” (1997), but this role stands out for her depiction of a queen past her prime. Dench is always stunning but the way she manages to find the humanity between the grumpy caricature of Victoria in her later years and even bring out the humor in the role is impressive. She was nominated for the Golden Globe for Best Actress in a Musical or Comedy. 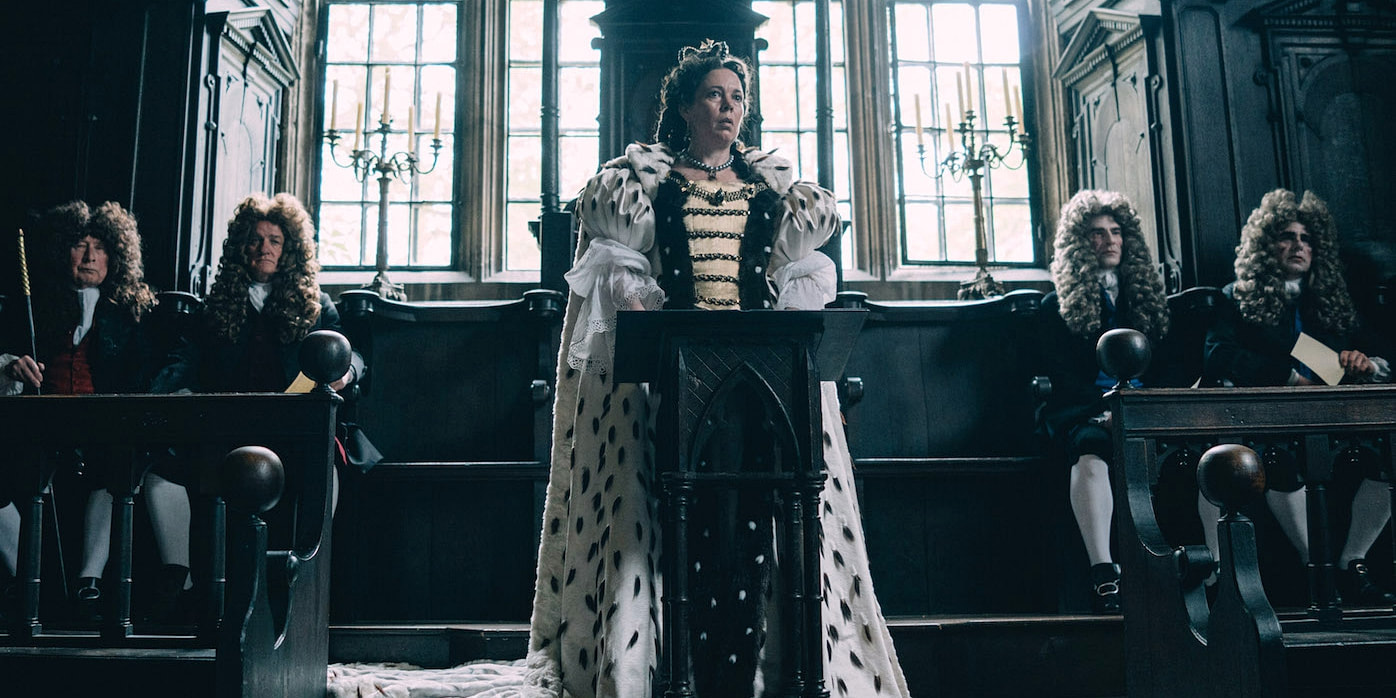 And now we come to the inspiration for this whole list. Olivia Colman’s portrayal of Queen Anne in Yorgos Lanthimos’ whacky, dark and comical story of two women competing for her favor, represents Colman’s best performance to date. Depressed, lonely, prone to mood swings and walking around with a limp due to her severe gout, Colman’s portrayal is played for both laughs and our sympathies. How could we not have sympathy for a woman who loves her bunnies (her children) more than she loves the people who are at her beck and call? Colman’s performance is three dimensional and will surely put her in the conversation for a Best Actress nomination at the Oscars this year.

Do you have a favorite portrayal of a British queen? Is there someone that we missed? Have you seen “The Favourite” yet Let us know in the comments section below.