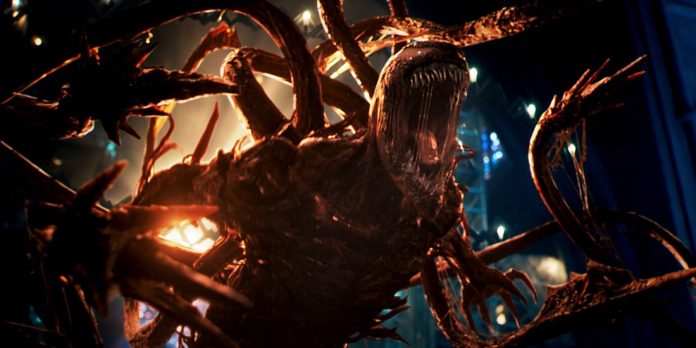 “Venom: Let There Be Carnage” smashed the box office this weekend with a massive $90,100,000. opening weekend, giving us the single. biggest box-office opening weekend since the beginning of the pandemic. “Shang-Chi And The Legend Of The Ten Rings” finally dropped down to third place as “The Addams Family 2” leaped over it in the second place position in its first week of release. The Warner Bros./HBO prequel “The Many Saints of Newark” fell below expectations with only $5,000,000 further continuing the major studio’s run of bad luck with day and date releases. All other films suffered drops while “Chal Mera Putt 3” and “The Jesus Music” found their way into the top 10. All of this is clearing the way for “No Time To Die” to come roaring into theaters next week with what could be an even higher overall weekend for the top 10 box office.

​This week, several new releases and a slew of classics are coming to 4K and Blu-ray. “Space Jam: A New Legacy,” the 2021 sequel to the 90s hit, arrives on home video this week. The LeBron James film will be available on Blu-ray, 4K UHD, and exclusive editions from Best Buy and Target. The 2021 horror sequel “Escape Room: Tournament of Champions,” directed by Adam Robitel, comes to Blu-ray this week. Rounding out the new releases, we have “Six Minutes to Midnight” from Shout Factory, starring Eddie Izzard, Judi Dench, and Jim Broadbent, and “Naked Singularity,” starring John Boyega, Olivia Cooke, Bill Skarsgård, and Ed Skrein. Several major releases are receiving 4K upgrades this week. The biggest is the latest from Shout Factory’s Scream Factory label with their 4K collector’s edition releases for the first five “Halloween” films: “Halloween” (1978), “Halloween II” (1981), “Halloween III: Season of the Witch” (1982), “Halloween 4: The Return of Michael Myers” (1988), and “Halloween 5: The Revenge of Michael Myers” (1989). Another big horror release this week is the Universal Classic Monsters Icons of Horror Collection, a 4K box set for the classic films “Dracula” (1931), “Frankenstein” (1931), “The Invisible Man” (1933), and “The Wolf Man” (1941). We also have a 4K upgrade for the 1990 film “The Hunt for Red October,” directed by John McTiernan and starring Sean Connery and Alec Baldwin. The 4K edition David Lynch’s 1984 adaptation of “Dune” from Arrow Video recently received a Limited Edition standard Blu-ray. This week, debuting on Blu-ray is the 2000 film “What Lies Beneath,” directed by Robert Zemeckis and starring Harrison Ford and Michelle Pfeiffer. From Shout Factory, just in time for the Halloween season comes a collector’s edition Blu-ray for the 2001 horror-comedy “Elvira’s Haunted Hills.” The Warner Archive Collection is releasing “Tex Avery Screwball Classics: Volume 3”, the third cartoon anthology with shorts ranging from 1942 to 1957. Also from Warner Archive comes the 1982 comedy “Night Shift,” directed by Ron Howard and starring Henry Winkler, Michael Keaton, and Shelley Long. Finally, we have a Blu-ray upgrade of the 1964 Japanese horror film “Onibaba,” from the Criterion Collection,” directed by Kaneto Shindo.