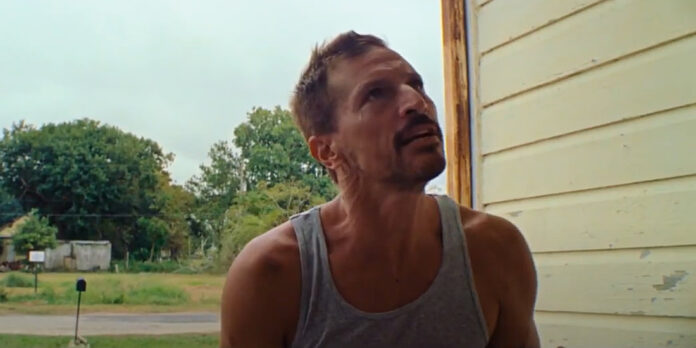 ​American indie-darling Sean Baker has always worked on the ground level when making his films. He often casts non-professional actors and plants his audience in the ironically unglamorous parts of America, such as the dingy Magic Castle motel located next to Walt Disney World. Baker’s budgets are small, with “The Florida Project” carrying a total cost of only $2,000,000. Now in 2021, Baker is back to shining a light on lower America with “Red Rocket,” which debuted in competition earlier this year at the Cannes Film Festival.

Both literally and metaphorically, “Red Rocket” is a ballsy movie. Baker has always found a fascination with the seedier side of America, which is the side that is often unauthentically portrayed in Hollywood (I’m looking at you, “Hillbilly Elegy“). His characters are often complicated and morally ambiguous, such as Halley from “The Florida Project.” But Baker doesn’t wallow in their pain, nor does he utilize it as a ploy for sympathy. Instead, he wants us to understand their desperation and see how so many people in this situation can rationalize their actions. “Red Rocket” doesn’t break from that developmental mold when it comes to his supporting characters. In Mikey’s journey back to the top, he rekindles with a weed queen that sees her business as a safety net for her family. Lexi and her mother are both addicted to opiates due to her mother’s medical condition and the distracting peace that the drugs bring from the painful world.

With these characters on the brink of society, Baker uses their situation to subtly explain the unforeseen popularity of Donald Trump in the run-up to the 2016 election. Characters are often seen slumped at home in their couches with the television set to Fox News and its neverending coverage of the Republican candidate and his “mass appeal.” Baker’s illustration about the allure of Trump doesn’t try to be a grand statement for America itself, which turns out to be a good thing as the message comes together cleaner than the hamfisted ones found in mainstream media. But while Baker respects his supporting cast, his relationship with Mikey is more complicated. Mikey is the cinematic combination of Dirk Diggler and Howard Ratner. He’s a person you love to hate and hate to love. You find yourself intrinsically drawn to him because of his drive and charm. But as the film progresses and Mikey’s grand plan comes closer into view, your attitude towards him starts to waver. Much of that emotional response comes from Simon Rex’s brilliant performance, whose most prominent role up until now has been a regular supporting part in the “Scary Movie” franchise and some pornographic solo scenes in a series of straight-to-video gay porn releases. Almost as if he has lived the life of Mikey throughout stretches of his career, Rex seems to know how to play this type of sleazy charmer instinctively with pleasure, charisma and manic energy.

While it does contain perfect casting and some hilarious moments, “Red Rocket” is not a perfect movie. With a runtime of 124 minutes, the film contains enough material for a tighter 90-minute story. The middle hour is the victim of this bloatedness, with long stretches given for light material. Still, the overly fatty meat on this movie’s bones does give Rex and the cast more than enough to chew on, resulting in an emotional rollercoaster that bigger productions couldn’t possibly replicate. Slotting nicely with Baker’s filmography and distributor A24, “Red Rocket” is one hell of a ride from beginning to end. There may be some potholes along the way, but they’re not enough to stop this film from reaching its satisfying destination.