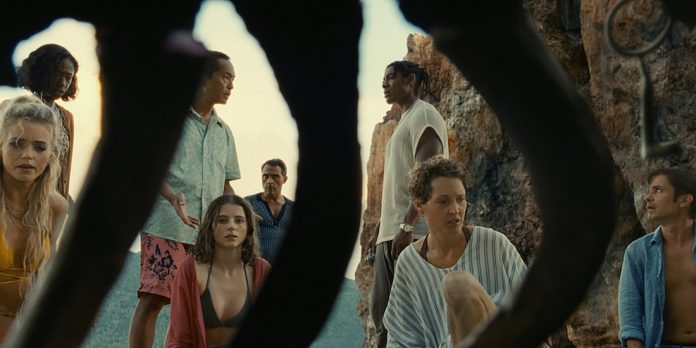 ​Now, let’s take a look and see where the industry is at today!​

The two newest films topped the box office this week, with M. Night Shyamalan’s latest film “Old” debuting at $16,510,000, while “Snake Eyes” came in just below it at $13,350,000. The former marks a return to the top of the box office for M. Night Shyamalan while the former will have Paramount revisiting the drawing board again to decide if they should continue trying to resurrect the G.I. Joe franchise. “Black Widow” is hanging on strong at the number 3 spot with $11,600,000, while “Space Jam: A New Legacy” fell from no. 1 last week to the number 4 spot with $9,560,000. Once again, sequels dominated the majority of the box office, with “F9,” “Escape Room: Tournament Of Champions,” “The Boss Baby: Family Business,” “The Forever Purge,” and “A Quiet Place Part II” all staying in the top 10. Finally, the controversial documentary “Roadrunner: A Film About Anthony Bourdain” rounds out the top 10 with $830,000 in its second week bringing in $3,701,480 to date.

In addition to garnering a spot in the box office top 10 this week in theaters, “A Quiet Place Part II” also comes to home this week on physical media. John Krasinski’s 2021 sequel is available on Blu-ray, 4K UHD, and a Best Buy Exclusive Steelbook. Critical favorite “Shiva Baby” is also making its way to Blu-Ray this week. A great opportunity to check it out for those who have still not seen it yet. Two recent thrillers heading to Blu-ray this week include “Midnight in the Switchgrass” starring Bruce Willis and Megan Fox and “Every Breath You Take” starring Casey Affleck and Michelle Monaghan. Shout Factory has several releases this week, most notably the 1983 Stephen King adaptation “The Dead Zone,” directed by David Cronenberg. They also have the 2001 French film “Brotherhood of the Wolf.” From the Shout Select label, the 2000 David Mamet film “State and Main.” Arrow Video has several releases this week, including their 4K upgrade of Dario Argento’s 1970 film “The Bird with the Crystal Plumage.” They are also releasing the box set “Vengeance Trails: Four Classic Westerns” featuring the Italian westerns “Massacre Time” (1966), “My Name is Pecos” (1966), “Bandidos” (1967), and “And God Said to Cain” (1970).

​”A Quiet Place Part II” and “A Quiet Place” both landed once again the top 10 this week. With the sequel’s dominance in theaters and on Paramount+, studio executives must be pleased with the interest in John Krasinski’s new horror franchise. Strong reviews has kept “Pig” in the top 10 while “Space Jam: A New Legacy‘s” poor reviews have it slipping down the list. There was renewed interest this week in “The Empty Man” after it arrived on HBO Max while theatrical releases and their sequels remain popular with streaming as well.