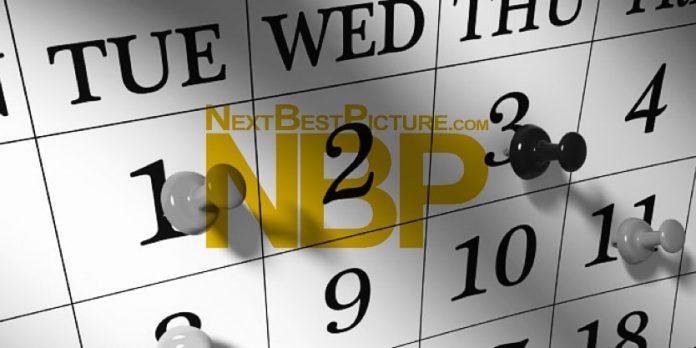 Phase 1 (The fall film festivals) is over and we have officially begun Phase 2 of the awards season…the critics and industry awards. This long roller coaster of a phase will run until the Oscar Nominations are announced on January 22 at which point we will officially enter the final phase of the awards season known as Phase 3. We will be tirelessly working to provide you updates on the precursors all season long so be sure to take note of which important dates are coming and follow us on all of the social media platforms for the latest.

The films have (mostly) been seen. The FYC page is up and running. And now comes the sprint.

Click below to see which important awards season dates need to be added to your calendar this November.

If you have a tip on a date or on when a critics or industry group is announcing that is not listed, be sure to reach out to either myself or Will Mavity on Twitter.