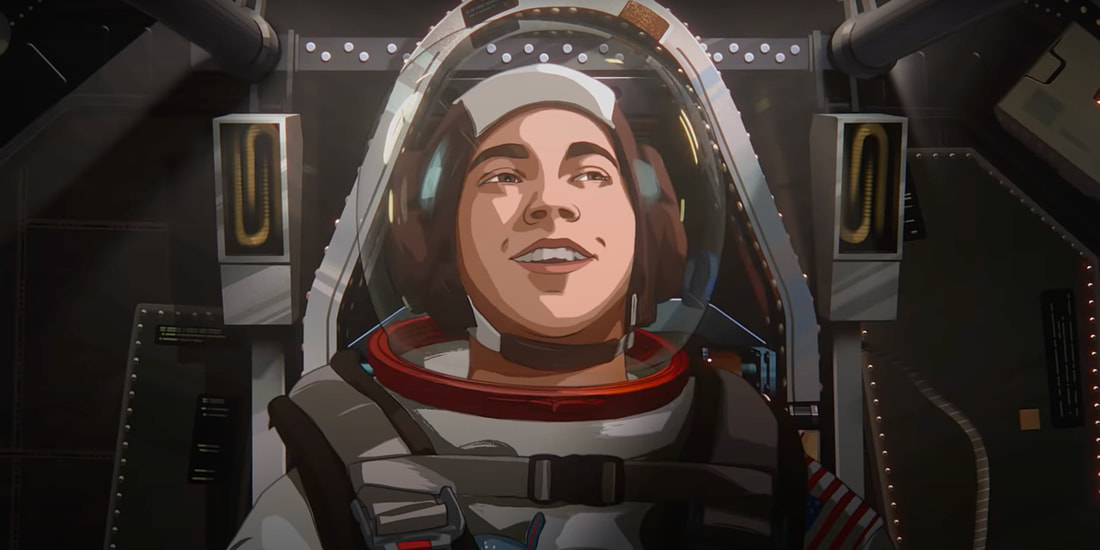 Richard Linklater is the poet laureate of Texas. His debut film, “Slacker” (1991), showcased a perspective that was refreshingly intimate, and he’s continued to spotlight the Lone Star state through historical retellings (“The Newton Boys” & “Bernie”) and loving nostalgia trips (“Dazed and Confused” & “Everybody Wants Some!!“). “Apollo 10 ½: A Space Age Childhood” is the director’s latest, and it combines the historical accuracy of the former titles with the biographical flourishes of the latter. It would feel like a culmination of sorts were it not for the charmingly low stakes. Like most Linklater joints, it’s a film in which slightness is a glowing virtue.

“Apollo 10 ½” is set against the backdrop of the moon landing in 1969. Stan (Milo Coy) is a ten-year-old boy living in Houston, and he gets called in to run a covert mission for NASA ahead of the official launch. Well, that’s what Stan would have you believe. Stan’s mission is juxtaposed with recollections of the summertime and the various misadventures he gets into while dealing with his eccentric family.

The film is transparently biographical, more so than any Linklater film before it. Stan is the same age the director would have been during the moon landing, and the character’s discovery of pinball, conspiracy theories, and classic rock feel like direct precursors to the obsessions we’ve seen in Linklater’s other works. The film aims to capture the magical time in a boy’s life when it gives way, and he starts to form his own opinions about the world. It’s fitting then that so much of Stan’s journey is depicted in the cosmos.

Linklater’s use of rotoscope animation is sublime. Not only does the elastic format allow the visuals to keep up with the pop-culture references (my favorite is the rant about pop songs named after women and their accompanying graphics), but it gives the film a sense of childlike wonderment that would have been lost in live-action. The influence of Saturday morning cartoons can be gleaned from the drawing style, and that’s not even mentioning the subtle changes made to the animating of archival footage or famous broadcasts. “Apollo 10 ½” is not the director’s first crack at animation (more on that later), but it may be his first animated film that has a shot at connecting with kids. The inclusion of Jack Black doesn’t hurt, either.

Black, who’s collaborated with Linklater twice before, serves as the film’s narrator. He turns in a vocal performance that’s charmingly wistful and mercifully low on the mugging he’s known for in other releases. You might even forget it’s the guy who taught at the “School of Rock.” Bill Wise and Glen Powell also turn up to get their Linklater cards punched again, proving themselves to be tops when it comes to delivering the director’s special brand of deadpan comedy.

The screenplay is exacting and rambling in equal measure. So many of the scenes involving Stan’s family are irrelevant to the space plot, but they add a splash of color to the film’s kaleidoscopic canvas. Stan’s mom struggles to properly identify hippies, while his eldest sister goes on diatribes about “Lucy In the Sky with Diamonds.” His dad will go the extra mile to save money on gas, while his grandma thinks JFK survived the Dallas shooting. It’s all meshes together in a deceptively tricky tone, which combines biting sarcasm with a warm, emphatic slant. Nobody is a villain, and everybody has a part of them that’s a little offbeat. To imply anything else would be to give the human condition short shrift.

The downside of this specificity, however, is inaccessibility. Linklater’s animated films have always had an abstract quality to them, whether it be the dreamlike flourishes of “Waking Life” (2001) or the druggy intrigue of “A Scanner Darkly” (2006), and “Apollo 10 ½” is no exception. The juxtaposition of mundane childhood experiences with the fantastical premise of a boy astronaut is jarring on the first go-around and may serve to frustrate audiences who are drawn to one storyline over the other. I’ll admit that my attention started to wane when the astronaut scenes returned during the midway point, and I felt like I was being robbed of the chatty, uneventful mastery that Linklater is best known for.
Thankfully, repeat viewings work in the film’s favor. Linklater’s decision to lean into Stan’s daydreams serves to underline just how wondrous the idea of space travel was to the baby boomer generation. The intercurring between the real and the surreal grows more frequent as the film reaches its climax, hinting at the notion that, for Stan, they are one and the same. It’s a structural gamble that pays off and proves that Linklater still has plenty of tricks up his sleeve when it comes to mining profundity from the mundane.