An Overview Of The Female-Led Films Of 2019 So Far 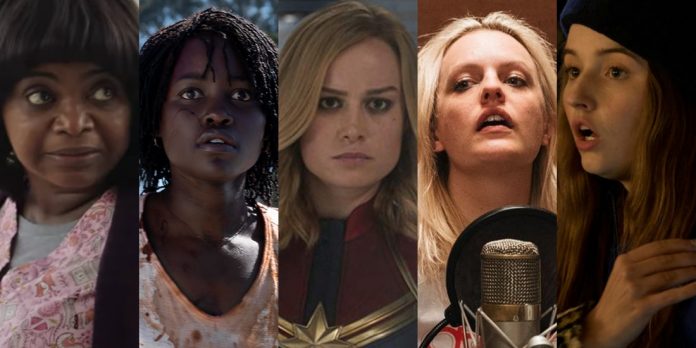 ​​As the first half of 2019 is winding down, there appears to be plenty of discussion on what some of the best films and performances of the year have been so far; what performances make people’s personal line-ups, what has actual Oscar chances, etc. While some have described this as a weak year so far, I have noticed an overwhelming amount of acclaimed lead female performances, and by extension great female-led films. More often than not and across all genres, 2019 has churned out a plethora of fantastic and critically lauded films with strong female lead performances.

Obviously the most financially successful of these types of films so far came earlier in the year with “Captain Marvel,” giving us the introduction of Oscar winner Brie Larson (“Room“) as Carol Danvers. While Larson and the film itself have garnered controversy amongst fanboys, there is no denying that “Captain Marvel” has inspired many young girls as the first female superhero to lead a film in the MCU and as a strong and fearless role model. She also appeared briefly but powerfully (literally) in “Avengers: Endgame” a few months later.

In recent years, the horror genre has been a breeding ground for compelling female performances and this year has been no exception. Lupita Nyong’o gives an awards-worthy duel-role performance in “Us,” teetering the line between terrifying and devastating. The film also features impressive supporting performances from Elizabeth Moss and Shahadi Wright Joseph. While the film received a lukewarm reception (sans an outrageous third act), “Ma” featured a campy and over-the-top performance from Octavia Spencer which was matched by Isabelle Huppert’s similar role in “Greta” earlier in the year. It is refreshing to see actresses such as these lead a film like this in such wild roles.

There have also been a lot of stellar and progressive female-led comedies to come out of 2019. While “Little” was by no means a critical hit, it did perform decently well at the box office and featured praise for its three leading ladies, particularly young Marsai Martin who is also the youngest person to executive produce a feature film. Charlize Theron received excellent reviews for her sharp performance in “Long Shot.” Though not necessarily a straightforward comedy, Julianne Moore did receive early year awards buzz for her role as the titular “Gloria Bell.”

By far the most critically acclaimed female-led comedies of the year have been “Booksmart” and “Late Night.” Featuring outstanding performances from both Kaitlyn Dever and Beanie Feldstein, “Booksmart” takes the high school comedy and brings into 2019 with a fresh and modern perspective, in addition to having some great queer representation through the lead role of Amy (played by Dever). The film is also an impressive directorial debut from actress Olivia Wilde. Written by and co-starring Mindy Kaling alongside Emma Thompson, “Late Night” tackles the double standard of women in power and the lack of women behind the scenes in the entertainment industry through the lens of late night television.

​Some of the finest performances of the year can actually be found in smaller, independent dramas. Sienna Miller has received career-best reviews and Oscar buzz for her work in “American Woman.” Despite it being a rather tiny film, “Diane” garnered praise for its terrific lead performance by Mary Kay Place. Tessa Thompson and Lily James star as sisters fallen on hard times in “Little Woods.” One of the most underseen films of the year was “Fast Color,” depicting three generations of women coming to terms with their supernatural powers. Gugu Mbatha-Raw, Lorraine Toussaint, and Saniyya Sidney star, with the film having the distinction of being a science fiction film directed by a woman (Julia Hart) and starring women of color.

Honor Swinton Byrne (alongside her mother, Tilda Swinton) stars in Joanna Hogg’s “The Souvenir” as a young film student in a tumultuous relationship with a closeted addict. The film allows a rare look at the experience of being an aspiring female filmmaker, while also showcasing the complexities of staying in a toxic relationship. Finally, Elizabeth Moss delivers an electric performance in “Her Smell” as Becky Something, a fictional self-destructive rock star.

With all of these impressive female-led films so far this year, let’s also take a look at the highly anticipated ones to come in the second half of the year, especially those directed by women. There are quite a number of female-led and directed films with early awards buzz. Lulu Wang’s “The Farewell” comes out in a few weeks featuring a bilingual role for Awkwafina. Kasi Lemmons’ Harriet Tubman biopic “Harriet” starring last year’s breakout star Cynthia Erivo (“Bad Times At The El Royale“) and a star-studded cast and creative team comes out in November. There will also be Greta Gerwig’s follow-up to “Lady Bird” with her highly anticipated adaptation of “Little Women,” reuniting with Saoirse Ronan.

There are many exciting and anticipated female performances and films to come in the next six months. 2019 is shaping up to be a great year for women in film, and the only way to go from there is for more opportunities for women (especially women of color) to tell their own stories, and the kinds of roles we see for women in film and the films made about them can only grow from there.