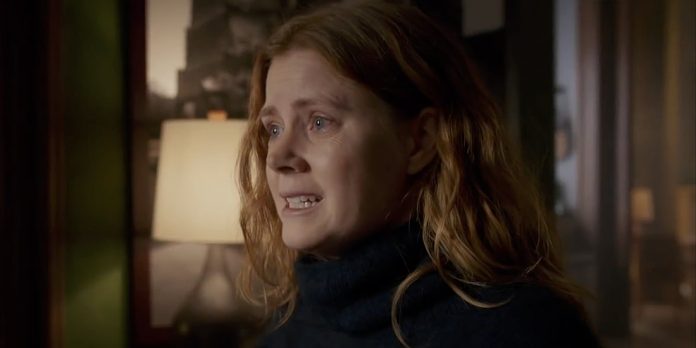 ​Amy Adams, who turns 46 today, is no newcomer when it comes to awards season. In fact, she’s quite the opposite. Within her 21-year career and 63 credits to her name, Adams has been nominated for an Academy Award six times. But despite her critically acclaimed work, especially in the last decade where she earned four of her six nominations, Adams has never graced the Oscar stage as a recipient. But could 2020, the year of uncertainty where everything just doesn’t make sense, turn out to be Adams’ year?

During her extremely diverse and multi-faceted career, Adams has only received two Golden Globes (Best Performance by an Actress in a Motion Picture – Comedy or Musical for “American Hustle” and “Big Eyes”) and a SAG ensemble award for “American Hustle”. In fact, according to her IMDB page, she has won 71 awards out of her 236 nominations. That is a 30.08% winning statistic. This fact has led to her reputation amongst the film community as someone that’s always at the Oscars, but for one reason or another, never wins. Everyone knows Adams is amazing and always delivers top-notch performances, so nine times out of ten, she gets the nomination. But there’s always someone else who has the better role or the better story where it simply “just wasn’t her time.”

Her leaving empty-handed for her first nomination in 2006 for “Junebug” makes sense. Being both a first-time nominee and having the sole nomination for the film aren’t the best odds. Plus, Rachel Weisz already won most of the major pre-cursors so it was no surprise that she walked home with the Oscar for “The Constant Gardner”. Like 2006, most of the years when Adams was nominated for the Oscar, she was in competed with another actress who was deemed unbeatable, like Melissa Leo in “The Fighter” in 2011, Anne Hathaway in “Les Miserables” in 2013, Cate Blanchett in “Blue Jasmine” in 2014, and Regina King in “If Beale Street Could Talk” in 2019. Talent and quality of the performance is a big contributor to who ends up taking the Oscar home that night. But timing and luck is also a factor, if not, just as important as the performance itself, and it is something that has never been on Adams’ side.

If there was any year where Adams had a legitimate chance, one can say it was 2009 when she was nominated for Best Supporting Actress for “Doubt,” but that’s still stretching the truth. With frontrunner Kate Winslet – who won the Golden Globe and SAG award – now placed in the Best Actress category, there was room for some competition; however, Penélope Cruz won the BAFTA for Best Supporting Actress (Winslet was placed in the Best Actress category here as well), and having both Adams and Viola Davis in the same category for the same film never helps secure a win for one because of split voting. So, again, it was no surprise to see Cruz win and Adams go home empty-handed.

​As I said, timing and luck have, unfortunately, never been on Adams’ side which has played a major role in her awards outcome. Her losing reputation is so widely known that she has even been compared to other famous Oscar losers like Leonardo DiCaprio; however, DiCaprio has since won an Oscar, and Adams is now considered “long overdue” for a win. 2020 is the year of the unexpected, and with awards season up in the air, how poetic would it be for this year to be the year Amy Adams finally gets an Oscar?

Like most years, Adams has found herself back in awards season with Ron Howard’s “Hillbilly Elegy,” set to release this November on Netflix. The film has already garnered attention from Hollywood and entertainment journalists as a potential Oscar contender due to the source material, and also because it would consist of artists that the Academy is known to like. Director Ron Howard is already a two-time Oscar winner and Adams is co-starring with Glenn Close, another famous “loser” with seven Oscar nominations to her name, and just like Adams, no win.

It is still unknown which category Adams and Close will be placed in, but it is assumed that Adams will be considered the lead and Close the supporting player. But in the time of social distancing and closed movie theaters, this awards season is Netflix’s to lose, which means more eyes on them and “Hillbilly Elegy” so, who knows? Maybe in 2020, the year of a global pandemic, hostile political environments, and just bad luck for everyone involved, luck just might be on Adams’ side for once.

Do you think this is Amy Adams’ year to finally win an Oscar? What’s your favorite performance by her? Let us know in the comments section below or on our Twitter account.

Share
Facebook
Twitter
Copy URL
Previous article
Will We Ever Be Able To See A New Comedy Film In A Movie Theater Again?
Next article
“THE UNFAMILIAR”