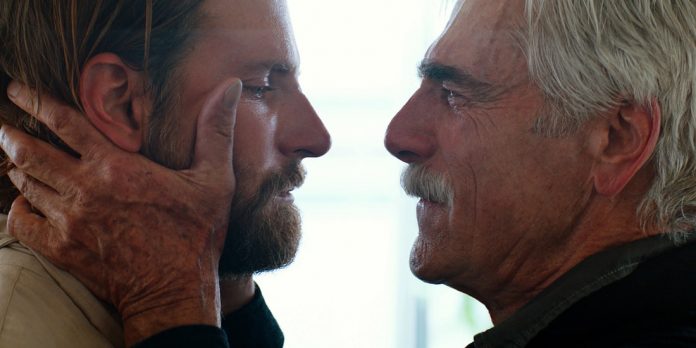 Without a doubt, “A Star Is Born” is the film to beat this Oscar season. While the potential for backlash looms on the horizon, it’s hard to deny that it has the potential to be the major driving force of this entire awards season. Best Picture seems like a very strong inevitability, Best Director is entirely possible, and at least one acting award is almost assured. But could it do even better? Does “A Star Is Born” have the power to be the first film in 42 years to win not one, not two, but three acting Oscars?

It would be admittedly quite a feat, one only achieved by two previous films: “A Streetcar Named Desire” and “Network” (interestingly, neither went on to win Best Picture). But I see a clear path for “A Star Is Born” to join this elite club. Before I lay out my case, I want to make it clear that I am not totally enraptured by the film; it isn’t even in my top 10 of the year, and there are dozens of 2018 movies for me to still see. This is not a case of an enamored fan, blinded by their love of the movie, being hyperbolic of its awards potential. I genuinely see this as a real possibility.

First of all, Best Actor. Bradley Cooper is, of its three potential acting nominees, far and away the film’s best chance at an acting award. As of early November, he tops most awards pundits’ predictions and, barring a surprise undeniable performance by Christian Bale in “Vice,” it’s hard to see anyone knocking him out of this spot. Not only would this be his fourth acting nomination, thereby launching him into the realm of actors “overdue” for an award, but this is the easiest place for voters to reward him for the whole of “A Star Is Born.” As a producer, actor, writer, and director of the film, it’s hard to predict him not walking into the ceremony with at least two nominations (in Actor and Picture), and it’s very likely he pulls in four nominations for himself. They will want to give him something to show for it.

It also doesn’t hurt that the performance is good. Very good. He checks off all the boxes of an Oscar-winning performance: emotional moments, drunk scenes, a different vocal choice than usual, live singing, physical transformation, and (SPOILER ALERT) a tragic ending. If you’re not predicting Cooper for Best Actor, no matter what else you see the film winning, I’d love to hear your argument against this one.

Next up, Best Actress. If anyone had told me in 2009 that the singer of “Just Dance” would be a serious contender for the Best Actress Academy Award, I would have called the cops. But here we are in 2018, and no one can deny that Lady Gaga is a force of nature in “A Star Is Born“. Much like Cooper, her performance ticks all the boxes that the Academy likes to see in a Best Actress contender: crying scenes, live singing, and, unfortunately, it doesn’t hurt that she is young. It’s no secret that the Academy has a fondness for awarding women on the younger side of 35, and while this is a frustrating and limiting statistic and a horribly sexist voting pattern, it can’t be ignored when talking about Gaga’s potential.

She does have the hurdle of a much more competitive category than Cooper, from the newfound brilliance of Olivia Colman in “The Favourite” to the undeniably overdue Glenn Close in “The Wife” (not to mention Melissa McCarthy, Yalitza Aparicio, Viola Davis, Nicole Kidman, and Toni Collette all presenting formidable competition). For the simplicity of argument, let’s focus on Gaga’s main competition: Colman and Close. Colman stands the best chance of upending Gaga’s awards trajectory as not only is her performance acclaimed, but she is also in a Best Picture frontrunner. However, I think voters don’t quite know her name yet (if “The Favourite” came out next year after her season on “The Crown” had already aired, this would potentially be a different story). Arguably, the last “low profile” Best Actress winner was Marion Cotillard, and that was a significantly less competitive category than this year’s will be. In addition, some may find “The Favourite” simply too weird for their taste, and while there is the much-heralded new and younger voting bloc, much of the Academy’s old guard with their more traditional taste still remains.

As for Glenn Close, it will be hard to deny her an award after what will be her seventh nomination without a win. However, she is sure to be the lone nominee for her film, which is otherwise not very well-regarded outside of her performance. With such a strong block of potential nominees this year, I find it hard to believe that the Academy would follow an “overdue” narrative in this category (which isn’t to say that Close’s performance is unworthy of awards recognition, but her overdue narrative would undoubtedly be the driving force behind her awards campaign). All of these obstacles for Colman and Close, combined with the points I laid out in Gaga’s favor, lead me to believe “A Star Is Born” has a good chance of winning two leading performance Oscars.

Now for the trickiest race: Best Supporting Actor. As of now, there are three strong contenders: Mahershala Ali in “Green Book,” Richard E. Grant in “Can You Ever Forgive Me?” and Sam Elliott in “A Star Is Born.” First of all, I have a very, very hard time seeing Ali winning his second Oscar in just two years, as good as he may be in “Green Book.” That’s an even shorter timeframe than Christoph Waltz’s seemingly back-to-back wins. If he had been overlooked for “Moonlight,” this would be a different story and I would be predicting him to win with ease, but until he starts picking up precursors, I really can’t call it for him. As for Grant, I will admit that he is an almost ideal winner in this category: a veteran actor in a classic scene-stealing turn with the perfect amount of screen time, and if he were to sweep the season I wouldn’t be surprised at all. The key to Elliott’s potential success depends on how much of a juggernaut “A Star Is Born” becomes in this year’s awards season, allowing him to get swept up in the love for the movie. In addition, every moment he is on screen, as brief as they may be, is played perfectly. Like his two co-stars, he gets to play emotional, vulnerable, and powerful. It also doesn’t hurt that he has been in the business since his first credited screen role in “Butch Cassidy And The Sundance Kid,” and I imagine he has worked with many voters across the years. I know I ruled out an “overdue” narrative working for Glenn Close this year, but would it be the Oscars we know and love without a little self-contradiction?

Is it unlikely that “A Star Is Born” picks up an astonishing three acting Oscars? Possibly. But it’s hard to deny that there is a path there. And either out of confidence or stubbornness, I will be predicting it until proven otherwise.