“A Quiet Place” & The Horror Of Silence 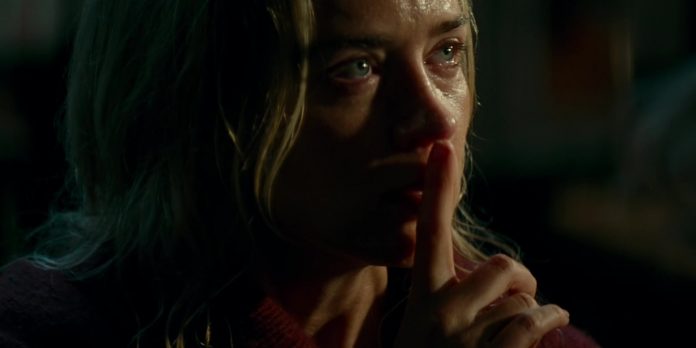 Silence. Sheer and utter silence. I’m not talking about the hum of the air conditioner silent or the quiet roar of the street outside your house silent, but pure silence. That moment of nothingness that we all experience every once in a while. Peacefully sitting in a room thinking about nothing and suddenly realizing that everything is quiet. There are no sounds to disturb you or invade your own conscious. It is just you and your thoughts. This is one of the most relaxing places to be, you can focus on future plans, maybe reminisce about the old days, whatever it is that you chose to focus on. Meditating within that void of empty is almost blissful. Though, this void can also be terrifying. Spine chillingly cold to the point where if you adjust your body in the slightest of way, you could die. Michael Myers slowly making his way up the stairs while you sit helplessly in the closet. Walking down your hallway investigating that strange noise that came from another room even though no one else is home. Those moments of sheer terror where the hair on the back of your neck stands up and your skin is nothing but goosebumps. John Krasinski’s “A Quiet Place” is a film that chooses to settle strictly within that terror. That horrifying silence where all you want to do is scream, but you can’t.

​Cinema is the only art form that utilizes both the visual and the auditory. Good sound can make or break a film, just like good cinematography can make or a break a film. “A Quiet Place” is a film that finds a healthy middle between the two but truly shines within its soundscapes. The film follows a couple cliche horror film sound elements but it also utilizes the sounds in a way we don’t often get to see. For example, many modern horror films are littered with the jump scare. Having an image pop up out of nowhere that is usually accompanied by a rather ear-shattering audio cue. Now typically that cue is musical but sometimes jump scares are triggered by diegetic sound. “A Quiet Place” doesn’t shy away from the jump scare trope. It has several moments where we as an audience sit in anticipation and are all of sudden spilling our popcorn and soda over ourselves.

Though “A Quiet Place” wears its jump scares like a badge of honor, it’s much more terrifying moments come from the use of silence. If you didn’t know, the film revolves around a family living together in complete silence in some sort of post-apocalyptic world. Occupying this world are creatures who hunt through sound. While the creatures are blind they are still able to track down the source of any and all sounds.

From the moment the film begins we are introduced to the atmosphere that is going to stick with us the rest of the film’s runtime. Silence. Static shots introduce us to the world. An abandoned pharmacy where we are introduced to the members of the family. The youngest of the family, a boy, finds a toy rocket ship in the pharmacy. The rocket ship still is functional and is capable of making noise. Before the boy is able to play with it, his father removes the batteries and makes him leave the toy behind. As the family begins to leave, the boy’s older sister gives him the toy and it’s batteries back. After giving the toy she leaves him with nothing but a simple gesture, signaling him to be quiet.

Not a single word is spoken in this opening sequence. The family communicates to one another through sign language. No dialogue is spoken in this sequence but there is also a minimal amount of music and foley. We hear small shifts in a character’s body, or the slight step of a foot on the ground. But the film is mainly pure silence, not just in this opening sequence but the entire film. But how does “A Quiet Place” achieve its scares? In one of the most effective ways a horror film can. The silence crescendos. It builds and builds. The tension that this level of quiet creates feels almost physical. We’re aware of the world we have been introduced to and the threat that is ever looming, patiently waiting for any sound to be made. And within the first five minutes, we are met face to face with that threat.

While the family is making their way back home, the boy turns on his rocket ship. The toy makes what feels like the loudest noise on the planet, equivalent to a gunshot or a car accident. The film is flawless in its ability to make the simplest of sounds feel massive. We sit in silence for so long that the smallest bit of audio is ear shattering. Utilizing this technique of crescendoing the scenes to one massive noise is brilliantly effective, especially in the horror genre. We bite our fingernails and hide behind our jackets for such extended periods of time just begging for something to happen, pleading for the scare to just come and go already so we don’t have to live in fear anymore. But no, “A Quiet Place” drags these moments out for as long as they can go. Stretching, contorting, pulling these scenes by the slightest bits of a thread so that we are forced into this petrified state of being.

Of course, while the silence is haunting the film still excels in its sound design specifically with the creatures. The cackling, the snarling, the contortions, the screams. Every noise that the creature makes is flawless and blood-curdling. Every time that the creatures enter a scene there is a new level of terror that washes over you. While the silence is meant to force us into this state of mind that we cannot escape from, the creatures are meant to heighten that. We watch helplessly from our chair with our hands over our mouths because we, like the characters, are afraid to make any noise at all. And when there is nothing else happening within the soundscape except for this crackling, the footsteps of the creature which sound almost like a jackhammer nailing into the concrete.

“A Quiet Place” has one goal, to make you hear nothing but your own heartbeat and the one of those around you. It will force you to live the rest of your life, or at least the day you see it, in silence. You can read Matt’s full review of the film here. 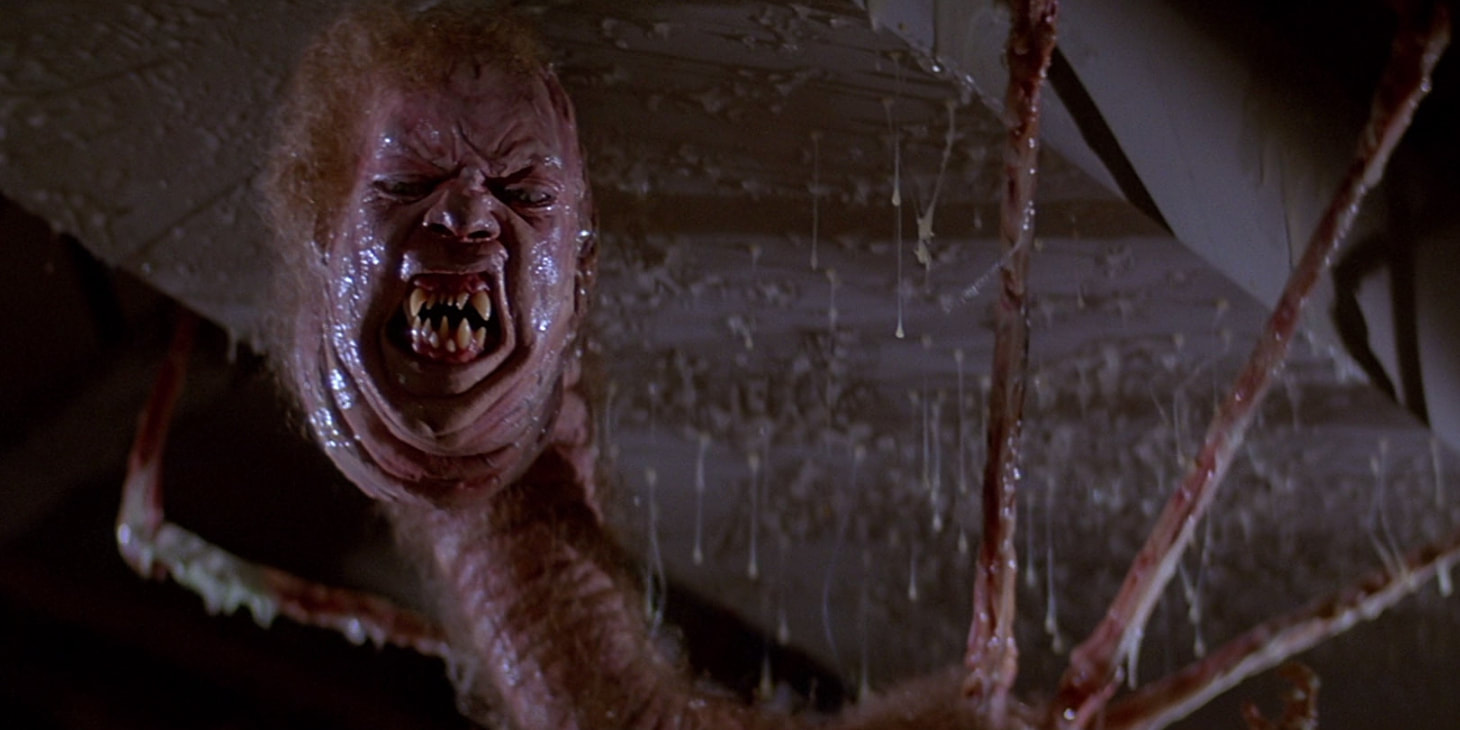 ​John Carpenter is the master of the horror genre. He has created countless classics over his lengthy career, yet “The Thing” seems to stand higher than the rest. While it has a ton of fantastic elements such as Kurt Russel, Russel’s amazing beard, the creature design, one thing that seems to get overlooked about “The Thing” is its sound. There are a lot of different designs that elevate the film to another level but the group of sounds that stand higher than the rest is the creature’s sound. When three of the scientists are tied to the bed and one of them ends up being the thing, or when they attempt to defibrillate someone and their chest rips wide open, “The Thing” has countless sounds that are not only haunting but bone-chillingly disturbing. 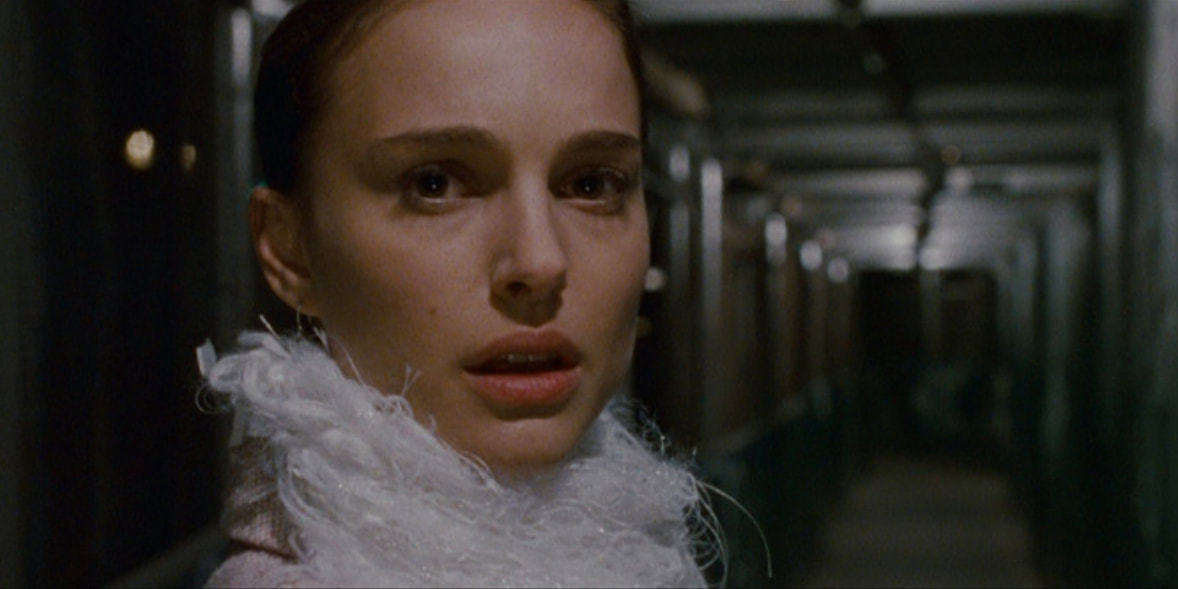 ​Darren Aronofsky’s magnum opus, “Black Swan” is a psychological horror film that even ventures into the surreal. “Black Swan” is another film that excels in just about every category but the one that gets overlooked is the sound (See also “mother!”). Instead of sounds that offer something more gruesome, “Black Swan” utilizes sounds that almost inflict physical pain. From ankles contorting, to ripping off a hangnail or paintings beginning to move and speak, “Black Swan” shakes its audience on a much more psychological level than most horror films. The sounds are so perfectly crafted that they nearly inflict physical pain on us as an audience as we empathize and fear for Nina’s sanity. 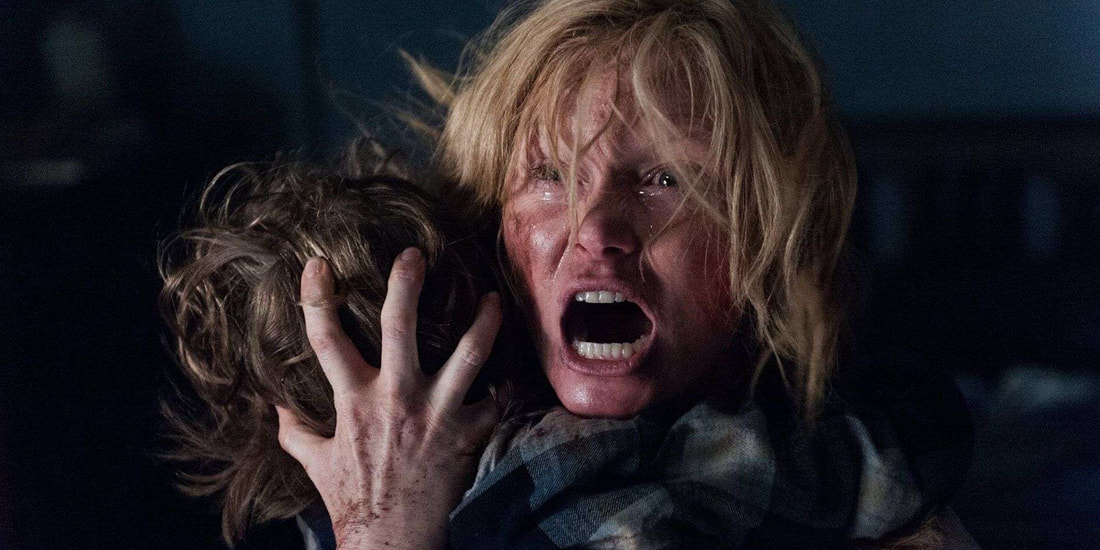 ​Jennifer Kent’s directorial debut is a petrifying one. A horror film that doubles as a family drama, Kent creates an atmosphere that is unrelenting in every way possible. “The Babadook’s” sound design comes from an almost youthful place. Taking place in a world where a terrible children’s book monster comes to life, the monster possesses something that reminds you of your childhood. It scatters across the floor like how you used to imagine monsters would, it moves in a way that is not natural. It stutters, it shifts in ways that take you back to being seven years old laying in bed just absolutely horrified of the imaginary monster under your bed. The sound of “The Babadook” itself takes us to that very place. 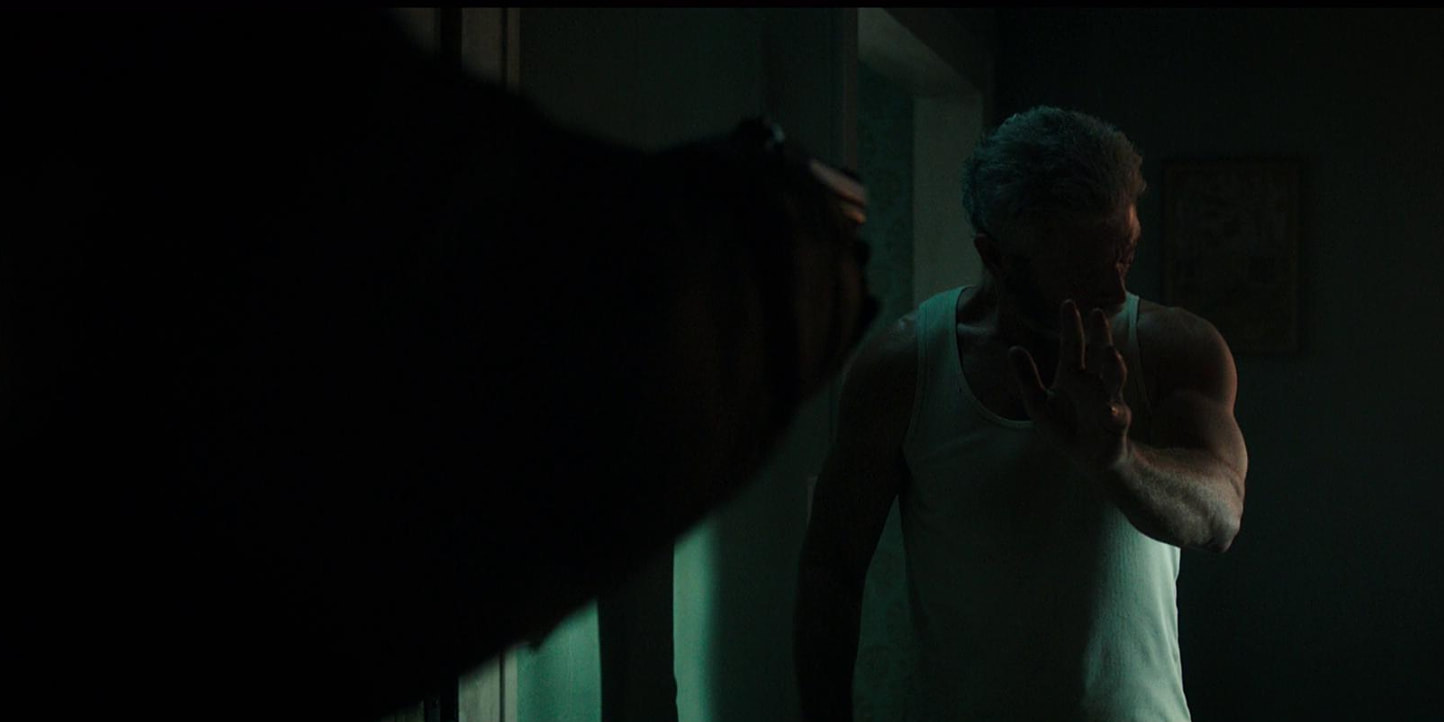 ​Surrounding a trio of teens who break into a blind man’s house hoping to become rich beyond their wildest dreams, “Don’t Breathe” is much like “A Quiet Place” in the way that it is mainly carried by its soundscape. Once the teens break into the man’s house it is life or death with the noises they make. Carefully planning each footstep and each bodily movement, “Don’t Breathe” is fascinating in its use of sound. From the creaking in the floorboards to the volume at which the characters speak at, another thing that “Don’t Breathe” focuses on are the fights in the film. Whether it be the teens fighting with one another over the money or how to approach the robbery or once the man actually catches them and attempts to murder them, the sounds are at the forefront of “Don’t Breathe” forcing us to be submerged into the psyche of the man. 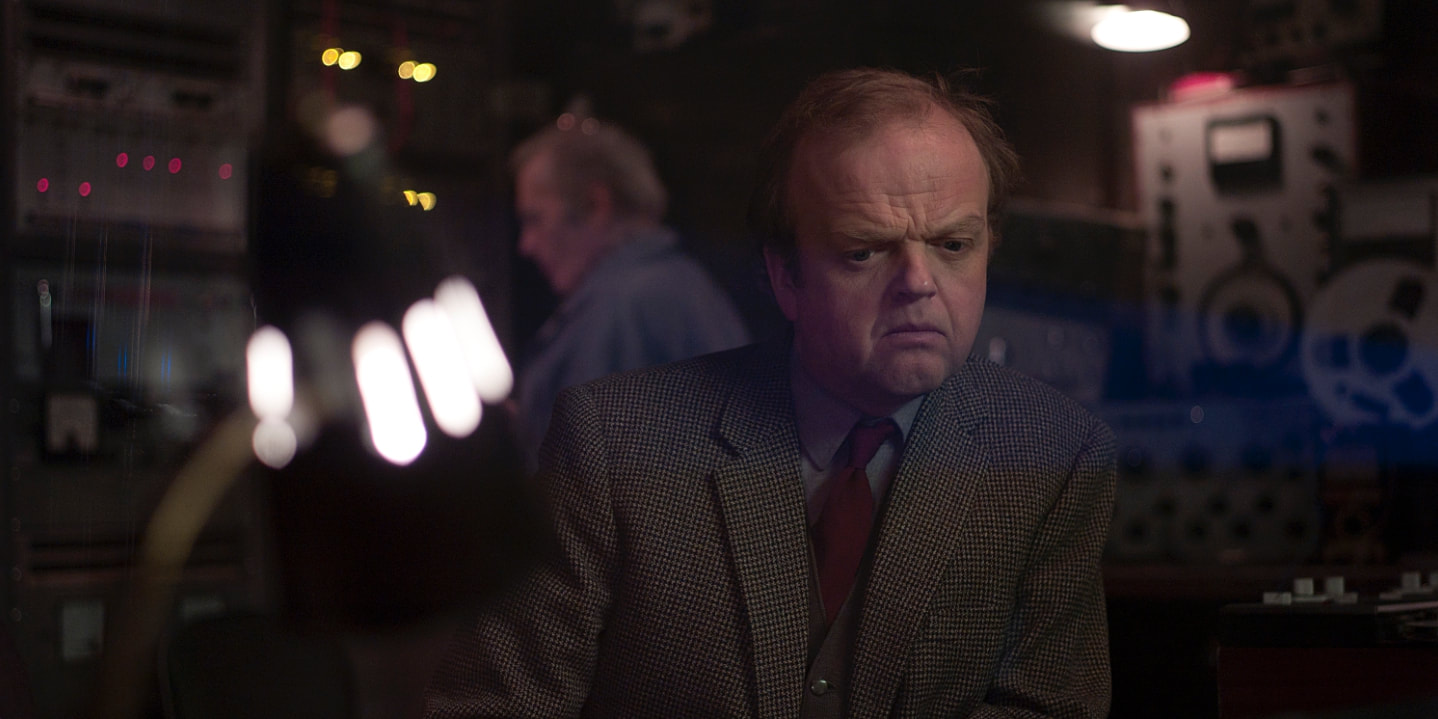 ​”Berberian Sound Studio” is a massively underrated independent horror film. The film revolves around a sound designer who takes a job on an Italian horror film. After the work of designing the sounds begins, the main character begins to have a surreal experience of his art imitating life. The film holds several scenes of spine-chilling moments that are delivered solely through the sound. When the sound designer designs the beheading scene, the sounds of the slicing and violence and screams follow him home. When he begins tracking the screams of the lead actress the screams follow him home. He is beginning to not be able to tell the difference between reality and his work. Not enough people have seen this film and more people should seek it out.