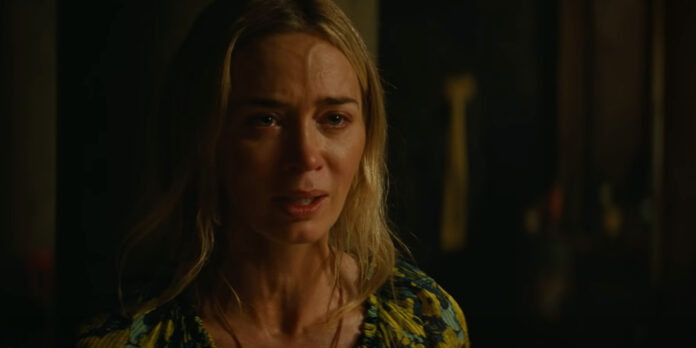 THE STORY – Following the deadly events at home, the Abbott family must now face the terrors of the outside world as they continue their fight for survival in silence. Forced to venture into the unknown, they quickly realize that the creatures that hunt by sound are not the only threats that lurk beyond the sand path.

​​​​After a delay of over a year, John Krasinski’s anticipated sequel to his 2018 smash hit horror film “A Quiet Place,” appropriately titled “A Quiet Place Part II,” is finally coming to theaters. And the wait was worth it! Much like the first film, this is one of the best-sounding films you’re likely to hear all year, and it deserves to be heard on the best sound system possible with the largest screen, and in front of the biggest audience, you can safely be indoors with. Outside of the big-screen cinematic experience, John Krasinski’s sequel delivers more of what made the first film so great (terrific sound design, gripping tension, and excellent performances) while expanding the world of “A Quiet Place” to answer some lingering questions and plotholes from the first film, thus making this a sequel that at the very least matches the original, if not surpasses it.

Picking up immediately following the first film’s events, Evelyn (Emily Blunt) and her daughter Regan Abbott (Millicent Simmonds) have just discovered that a specific frequency on Regan’s hearing aid can distract and slow the seemingly unstoppable blind creatures long enough to have them be killed. Forced to leave their home, the family, including Evelyn’s newborn and her son Marcus (Noah Jupe), comes across an olf family friend Emmett (Cillian Murphy). Although he’s got a secure lair (equipped with a sealed-off space that can protect anyone provided it doesn’t run out of oxygen) and can handle himself, Emmett is not the man he once was, after losing his family over the events of the past year. He explains to them that there are others alive besides them, but they too have changed and are not the good people they once were. Determined to find a way to weaponize her hearing aid against the monsters, the Abbott family forms an uneasy alliance with Emmett as they all try to survive long enough without making a sound in a world that is seemingly all but gone.

After tragically being killed off in the first film, Krasinski’s Lee Abbott only shows up in the film’s excellent prologue, which shows in horrific detail the first day the bind monsters came to Earth. Taking place in a small town during a children’s baseball game, the panic sets in early and quickly turns into mass hysteria. Krasinski ups his directing game, capturing much of the action in extended long takes with a greater sense of scale, all the while never losing the horror of the situation or his character’s emotional journey’s as Evelyn and Lee try to save their children.

However, if anything, “A Quiet Place Part II” is more about how it’s the younger generation that will save the current one. The sequel belongs more to Millicent Simmonds and Noah Jupe than it does to either Emily Blunt (who is still incredibly badass and emotionally affecting), John Krasinski, or new cast member Cillian Murphy (who turns in one of his best performances in a while). Djimon Hounsou is cast in a new, more minor role which helps to illustrate more of how the rest of the world has been carrying on since the creatures arrived. However, his lack of screentime and a character arc as substantial as what’s given to Murphy belittles his overall impact on the film. It’s a strong ensemble all around, but Simmonds and Jupe continue to astound with their intelligence and emotional maturity in a world that has forced them to rise up and be the heroes. Despite clearly aging a few years since the first film, the writing affords them the opportunity to have their performances to make an even bigger impression this time around.

Much of the complaints about the first film did center around the writing. Although the concept was widely praised and Krasinski skillfully kept introducing new conflicts which would keep the Abbott family in a constant state of danger (hello newborn baby!), there were some plotholes and leaps in logic that caused some to be more annoyed than excited by what Krasinski was doing as a storyteller. How did the monsters arrive on Earth? We see that sequence. How will the Abbott family possibly survive a crying newborn baby in a world where the creatures kill you based on how much sound you make? Krasinski addresses that as well, which adds another layer of tension to the story that the characters must navigate through in their journey. With the sequel, he’s built more on the foundation that was laid in the first film both from a world-building and stylistic standpoint, all the while maintaining the distinct elements that made the first such a hit with audiences. The same Oscar-nominated sound team is back, and their work here is just as exceptional as it was the first time, even if it’s delivering more of the same. It’s a credit to how spellbinding their work was the last time that they’re able to repeat a lot of what they did before and still have it hold up incredibly well. Their work immerses us in the long grueling stretches of silence, the well-placed jump scares, the creature sound effects, Regan’s deaf perspective of events, and more. Marco Beltrami’s score this time around truly amazed me. There seems to be an even greater emphasis on the score for the sequel than there was in the first film, and it provides for some genuinely rousing, emotional, and terrifying moments.

While it’s clear that the budget for “A Quiet Place Part II” is higher than the first, and there has been a cinematographer change as well, both of Krasinski’s films feel part of the same story with a true continuation in the story, look, and feel. It would not shock me to hear that a Part III is coming soon, either telling the ending to this story or expanding the world even further, introducing more characters. Maybe there will be spin-offs? Or maybe, this is the end, and Krasinski has told the story he’s wanted to tell all along. Either way, “A Quiet Place Part II” is a thrilling big-screen cinematic experience that functions as both what a sequel should be and also as an ending to the story that began in 2018. This place is not about to be quiet any longer. After a year of shutdowns, cinemas are officially back, and I expect audiences will be cheering and screaming in equal measure for what Krasinski and his team have delivered here.