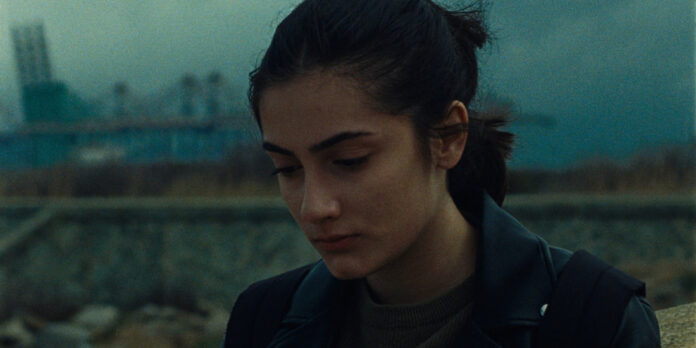 THE STORY – A 15-year-old girl lives in Calabria, Italy, and is suddenly abandoned by her father. The young girl then begins to understand the reasons he left and soon realizes that she will probably have to leave Calabria soon too.

​​​​Director Jonas Carpignano (“Mediterranea” & “A Ciambra”) has dedicated three films to showcasing life in the Italian city of Gioia Tauro. He is fully embedded in the culture, and his films feature locals in lieu of professional actors. This commitment to realism, while as authentic as it gets, is sometimes less than engaging. After all, life isn’t always cinematic. However, there is an honesty in his work that illuminates people, their values, and the relatable struggles they go through on a daily basis.

Though “A Chiara” explores the Mafia, it wants more than anything to immerse you in its location and introduce you to its characters. Although major stakes are presented throughout the story, the film takes a ponderous approach to its storytelling. For the first 40 minutes, it isn’t even apparent that the film is a mafia movie. Like “The Godfather” films, Carpignano showcases a party during the first third of the film. The whole cast feels natural in these moments, and they effectively introduce us to the family dynamics at play here. For this first portion of the film, it seems as though the viewer is watching a very different story than the one we ultimately get but all of that that changes once the film enters its second act.

From this moment forward, we are plunged into a whole other story: a mafia story. But “A Chiara” is unique, not just because it presents the mafia life in a less glamorous light. While that’s been done to death before, what’s notable here is that Carpignano chooses not to focus on the Mafia figures but on their family members. Far from shoving Anna Paquin into the background in “The Irishman,” here, the family and the consequences of the mafia actions are front and center, particularly in 15-year-old Chiara (Swamy Rotolo), who learns that her father is involved in organized crime. Unlike many other films we’ve seen before, this isn’t a story about what life is like in the mafia for a gangster but is instead about what does being a gangster do to your family? Such an approach helps to give “A Chiara” a freshness to it, which is both exciting and compelling.

Rotolo delivers a mesmerizing lead performance as the teenage Chiara. The viewer feels every inch of her character’s internal conflict and anguish as she carries the film on her shoulders with utterly natural charisma. Rotolo is acting opposite her actual family members, so some of her naturalism is undoubtedly due to that. She has a natural fire to her character, a flair for nuanced acting that Carpignano has been fortunate enough to harness. From top to bottom, the entire cast are genuine in their performances.

“A Chiara” often feels less narrative feature-driven and more like a documentary, for better or worse. Being in the mafia isn’t sexy. Being in the mafia is often tedious. The people involved aren’t living exciting lives. But they also aren’t cold, unfeeling sociopaths. Carpignano showcases this side of the mafia life with clarity and detail, focusing on the day-to-day of being a teenage girl attempting to deal with ordinary struggles while also coming to terms with the fact that her father is a criminal. The film also showcases a shocking and controversial law that could be the subject of its own documentary: the concept of forcibly separating children from their families if they are known to have mafia connections, even while their families are free and not prosecuted for their mafia activities.

If it sounds like a lot is going on in “A Chiara,” and there is. Carpignano’s script is improv-heavy and almost proud of its lack of structure. Sometimes this approach renders the film less than engaging with its languid runtime. Still, the world presented here is a fascinating one worth exploring due to how little we’ve been exposed to such a story and its protagonist. Carpignano’s unwillingness to judge his characters also provides the film with a layer of unpredictability. Even if the film is dragging, the viewer still wants to stick around to see how it all ends.

Carpignano’s commitment to realism includes cinema verite style handheld camerawork and an emphasis on natural light. Sometimes this result produces striking images, but it can also feel frustratingly clunky (although that is no doubt intentional). The viewer’s mileage may vary regarding that form of deliberately unpolished filmmaking. Meanwhile, the sound design is immersive and provides a jarring hint of the surreal alongside the film’s overall documentary naturalism. If there is any area where Carpignano’s commitment to naturalism falters, it’s the dialogue. The dialogue is often natural, but he circles back to these incredibly on-the-nose platitudes that spell out the film’s messages which feel out of place in an otherwise nuanced project.

About as empathetic and humane a film about life in the mafia as one is ever going to get, “A Chiara” is an admirable, if sometimes less than engaging, look at a more realistic side of criminal life from a unique perspective. It represents a unique entry in the mafia subgenre as it tells its story in a manner rarely seen in other cinematic works with less than obvious consequences. It may lose viewers’ attention at times due to Carpignano’s clunky and unhurried approach to the storytelling. Still, it is well worth watching as a revealing glimpse into another community and to become acquainted with the acting powerhouse that is Swamy Rotolo.