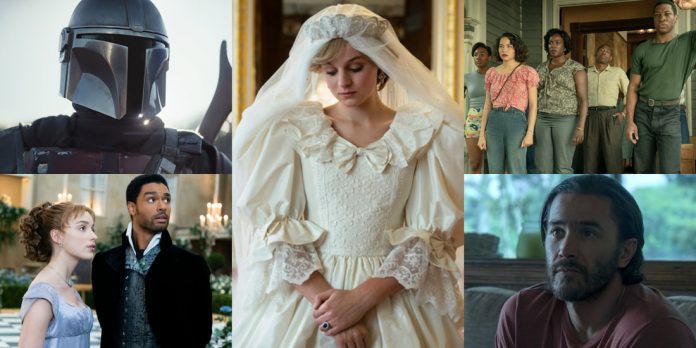 As we rapidly approach the Golden Globe nominations, let’s round out the television categories by taking a look at predictions in the drama categories. You can check out my previous post on the Comedy/Musical TV contenders here.

​While the Hollywood Foreign Press Association doesn’t necessarily return to the well when it comes to series, Netflix’s “The Crown” may prove to be the exception to the rule. Season four of Peter Morgan’s acclaimed series has certainly been its most lauded and buzzed-about thus far. Focusing on the 1980s and the emergence of Margaret Thatcher and Princess Diana, the show hit the zeitgeist in a way that few other shows have in this COVID-era. It’s a rarity for a show to pull off double wins, but this may just be another opportunity to make history.

HBO’s “Lovecraft Country” was one of the most buzzed-about shows of the summer, walking the line between science fiction and social commentary. That may give it enough of an edge to be viewed as more than just genre fare. The Golden Globes have always favored new series, and especially those from top-tier networks and streamers. “Lovecraft Country” seems poised for recognition in its inaugural outing.

Another HBO summer newcomer arrived in the form of “Perry Mason.” This certainly isn’t your father’s private eye with Raymond Burr – Matthew Rhys’s interpretation of the character is much grittier and rooted in realism than previous incarnations. The series seems primed for recognition for Rhys and potentially Tatiana Maslany and John Lithgow as well.

Like “The Crown,” Netflix’s “Ozark” has hit its stride in this latest season. Headlined by a career-best performance from Laura Linney, the season raises the stakes in the Byrd family saga. After multiple Emmy nominations this past year, and a win for Julia Garner, Globe success may follow.

One of the late breakout hits of this past season is Shonda Rhimes’ first Netflix series, “Bridgerton.” The regency era soap opera seems right up the alley of HFPA members. Elegant balls, scandalous relationships, and a Julie Andrews narration – what more can anyone ask for?

Outside of these five contenders, consider other stealth possibilities. “The Mandalorian” certainly made a splash in season one but has only grown in popularity since the debut of its latest season. A surprise Drama Series nomination at the Emmys helps provide cred as well. Attention must also be paid to “Better Call Saul” and “Killing Eve,” which certainly have their share of fans. Never count out Ryan Murphy, who has “Ratched” in the mix this year. I’m interested in how Amazon’s “The Boys” performs after finding a new audience this past summer. The HFPA has proven their love of Amazon Studios in the past with recognition for “Mozart in the Jungle” and “Transparent.” Will that continue with a popular genre series? We’ll have to wait and see.

Who are you predicting to be nominated this week for the Golden Globes? Check out my previous post on Golden Globe contenders for Best TV Comedy/Musical here. Let us know in the comments section below or on our Twitter account.