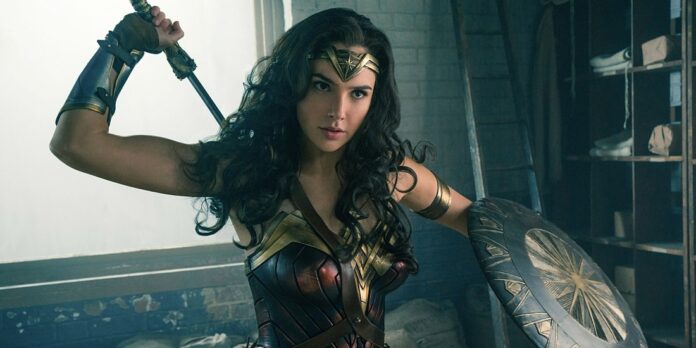 THE STORY – Before she was Wonder Woman (Gal Gadot), she was Diana, princess of the Amazons, trained to be an unconquerable warrior. Raised on a sheltered island paradise, Diana meets an American pilot (Chris Pine) who tells her about the massive conflict that’s raging in the outside world. Convinced that she can stop the threat, Diana leaves her home for the first time. Fighting alongside men in a war to end all wars, she finally discovers her full powers and true destiny.

​Where “The Dark Knight” and “Logan” attempted to redefine the superhero genre, “Wonder Woman” perfects it, creating a standard superhero origin story that is wonderful in nearly every way. It stands alongside Sam Rami’s “Spiderman,” “Batman Begins” and “Iron Man” as one of the best in its genre and even manages to have its own unique voice and perspective on the horrors of war. With confident direction from Patty Jenkins (“Monster”) and a phenomenal leading performance from Gal Gadot, “Wonder Woman” is the film we do not deserve but it’s most certainly the one we need right now.

Before the events of “Batman V Superman: Dawn Of Justice,” Wonder Woman was known as Diana Prince (Gal Gadot), a princess of the Amazons, from the all-female island of Themyscira. Ever since she was a young girl, she has wanted to be a warrior like her mother (Connie Nielsen) and Aunt (Robin Wright). The women are on this secluded island to protect the earth from Ares, the god of war. This comes to a head when an unknown American pilot named Steven Trevor (Chris Pine) crash lands on Diana’s island and brings about the news and horrors of World War I with him. Fearing that the evil German General Erich Ludendorff (Danny Huston) is the god of war brought back to bring about the war to end all wars, Diana sets off with Steven to 1910’s Europe to stop him.

Before she was Wonder Woman (Gal Gadot), she was Diana, Princess of the Amazons, trained to be an unconquerable warrior. Raised on a sheltered island paradise, Diana meets an American pilot (Chris Pine) who tells her about the massive conflict that’s raging in the outside world. Convinced that she can stop the threat, Diana leaves her home for the first time. Fighting alongside men in a war to end all wars, she finally discovers her full powers and true destiny.

Even though the bar has been set very low since Christopher Nolan stopped making D.C. Comicbook films, “Wonder Woman” easily manages to become the best film in the studio’s history since he exited. I would even go so far as to say it is better than “Batman Begins” and “The Dark Knight Rises.” It is a film that speaks to the honest goodness within all of us, such as when Diana wants to help animals or the wounded in need during times of war. She is told that the mission is all that matters and that she needs to stay on point, even if it means sacrificing thousands of human lives to achieve victory. Diana is not like the rest of us, however. She is special. She has been told such since she was a little girl and this film shows exactly why through Gal Gadot’s commanding, vulnerable and surprisingly at times, comedic performance. She managed to e the best aspect of Zack Snyder’s critically panned “Batman V Superman: Dawn Of Justice” but here she finally gets to spread her wings and deliver one of the best character arcs in a superhero film yet. Her chemistry with Chris Pine is also very good and believable mostly due to Pine’s charisma and likability, even if I do not think he gives anywhere near as good of a performance as Gadot.

Director Patty Jenkins directs the hell out of this movie. The action scenes are impactful and quite exhilarating, especially with the uses of slow-motion to heighten the effect of Diana’s awesome abilities. The “No Mans Land” sequence may very well go down as one of the greatest sequences in a D.C. comic book film when all is said and done. However, as much as I am praising “Wonder Woman,” there are still some flaws. For example, “Wonder Woman” is at its best when  Diana can be the Amazonian ass kicker who is standing up for all that is good in this world. When she takes a mini detour to London and has to put on some English clothes and interact with high society officials, the film does well with its jokes and laughs, but the momentum of the film stalls, which is not good considering the runtime of this movie is almost two and a half hours long. There is also a third act reveal which feels like it comes out of left field and sets up a final showdown for Diana that luckily redeems itself by focusing on her character arc rather than the thrills of the fight.

One final note I want to pay special attention to is the score by Rupert Gregson-Williams (“Hacksaw Ridge“). The vast, epic and sweeping nature of the score works so well with the images that Patty Jenkins is displaying on the screen. It’s an exciting score with its soaring strings and thunderous percussion, that would make Hans Zimmer proud. It also adds a tremendous amount of heart to the proceedings making “Wonder Woman” feel like one of the most epic superhero films of all time. One could say it’s epic due to the mythical, large aspects of the story. However, Gregson-Williams’ score makes “Wonder Woman” feel epic and gives the film its heart due to the major battle waging inside of Diana Prince. It’s one of my favorite film scores of the year and one of my favorite superhero scores of all time.

“Wonder Woman” is the film that D.C. and its fanbase needed after the disasters which were “Batman V Superman: Dawn Of Justice” and “Suicide Squad.” As Diana’s mother tells her at one point, the world does not deserve her. It’s a fitting message that I am sure D.C. never intended to have but it resonates strongly throughout “Wonder Woman” due to how great it is. Patty Jenkins makes the jump to blockbuster filmmaking with confidence, giving us one of the best superhero films of all time. Despite a few minor missteps, “Wonder Woman” features breathtaking visuals, a tremendous score, great sound work and a stellar performance from Gal Gadot. She is a born fighter who learns the true essence of what it means to fight and why we must do it, thus making “Wonder Woman” truly a wonder to behold.

The Next Best Picture Podcast · "Wonder Woman"
Powered by JustWatch
Share
Facebook
Twitter
Copy URL
Previous article
Movie Trailer: “Murder On The Orient Express”
Next article
Netflix Is Great, But Don’t Give Up On Movie Theaters