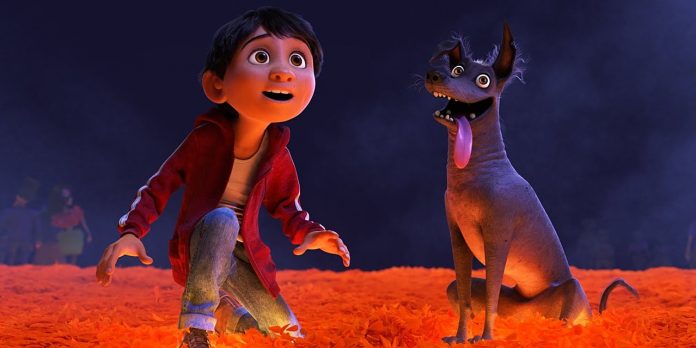 ​Animated Feature isn’t generally one of the tougher categories to predict at the Academy Awards. The field is smaller than the other categories, so with fewer contenders, there are usually fewer surprises. However, two major differences could make this year harder to predict.

​First are the new rules for the nominating committee in Animated Feature. In years past, only members from the Animation branch of the Academy could join the committee to select the nominees. This year, however, the Academy has invited members of any branch to join the committee. Presumably, members who aren’t as familiar with the animation process could have a different taste in what should be nominated.

The nominees in most years have been pretty diverse. Last year we had mainstream hits in “Moana,” “Kubo and the Two Strings,” and eventual winner “Zootopia,” but we also had two foreign contenders with “My Life as a Zucchini” and “The Red Turtle”. In fact, there have been two foreign animated films nominated every year since 2013. Will members of other branches be as open to varying animation styles? Name recognition from bigger titles and bigger studios could stick in their minds more than some smaller titles. And of course, if they have kids, their love for more mainstream films could certainly affect their vote as well. The good news is, in order to be on the nominating committee, you commit to watching the eligible films in order to make a fair decision. Hopefully, everyone who joins the committee will give the films an equal shot.

Still, this isn’t a normal year for animated films, which is our second complication. The slate of animation in 2017 has been extraordinarily weak. For the major studios, box office has been down quite a bit, and reviews have been pretty tepid. “The Lego Batman Movie” and “Coco” are some of the only mainstream releases to have received acclaim. “Cars 3” and “Despicable Me 3” got mildly positive reviews at best, with 68% and 60% on Rotten Tomatoes respectively. It only gets worse from there, with “The Boss Baby”, “The Lego Ninjago Movie”, and of course we can’t forget “The Emoji Movie”. In such a tough year, could some of those weaker releases still get nominated? Or what about a film like “Captain Underpants”, a film that received pretty great reviews but went mostly under the radar?

If the mainstream films are letting us down, it seems pretty likely that, even with the new voting rules, smaller releases will almost certainly make the cut. Let’s break down the contenders:

“Coco” – The Oscar seems like it fairly easily goes to “Coco” this year. The film is two weeks from release in the United States, but early reviews are pretty positive. There’s always a chance that it underwhelms when it comes out. “Finding Dory” missed out on the nomination last year despite positive reviews. Still, with a later release date and a weak animation year, there’s no doubt “Coco” gets nominated.

“The Lego Batman Movie” – After “The Lego Movie” shockingly missed a nomination three years ago, “Batman” should give the franchise another shot. Playing against it will be its early release date, and that it wasn’t quite as groundbreaking as the first entry. Still, the name recognition could propel it to a nomination.

“The Breadwinner” – The most likely foreign release to score at the Oscars this year. Cartoon Saloon, the Irish studio behind “The Breadwinner,” already has two nominations under their belt, as many as Fox and Sony. GKIDS is putting most of their weight behind this one, and with a somewhat topical theme, a nomination is close to guaranteed.

“Ferdinand” – One of the only contenders not yet seen, “Ferdinand” releases on December 15th. It’s unknown whether it will be another letdown or not, but director Carlos Saldanha has directed mostly well-reviewed films in his career such as “Ice Age” and “Rio.” We’ll know closer to the release date, but if “Ferdinand” is well received AND scores at the box office, it could make it in.

“Loving Vincent” – This is a weird one. “Loving Vincent” is hand-painted in Vincent Van Gogh’s style, but it was rotoscoped, leading some to question whether it will be eligible. Other rotoscoped features like “A Scanner Darkly” and “Waking Life” were deemed eligible in their years but failed to score nominations. Perhaps those in the Animation branch didn’t appreciate the style. If that’s the case, it could affect “Loving Vincent’s” chances. Still, it’s one to keep an eye on.

“Mary and the Witch’s Flower” – GKIDS has a great record of getting anime nominated at the Oscars. With this being one of the only anime films in contention this year, it should have a great shot. Also, director Hiromasa Yonebayashi was nominated for his last film “When Marnie Was There” in 2015.

“The Girl Without Hands” – This French animated film is a little more dramatic, which might play against it, but it was written, directed, edited, and even animated by one man, Sébastien Laudenbach. This achievement would probably play pretty well to the Animation branch but might hold less weight with members of other branches.

“Cars 3” – Despite mixed reviews, Pixar could overcome in this weaker year and score a redemptive nomination after the disaster that was “Cars 2.” With such a big chance at winning with “Coco,” will they even both putting forth much of a campaign here? Time will tell, but I’m not putting too much faith in a nomination.

“Despicable Me 3” – After multiple nominations for “Despicable Me 2,” Illumination will try to capitalize on their flagship franchise. But like “Cars 3,” can they succeed despite their weakest reviews yet? It’s not likely, but they’ll certainly put forth a strong campaign.

What do you think will be nominated for Best Animated Film? It may be the least exciting category we have this year but we still wanted to give it its due here, so let us know what you think in the comments below.