​​Why #OscarsFanFavorite Is A Bad Idea 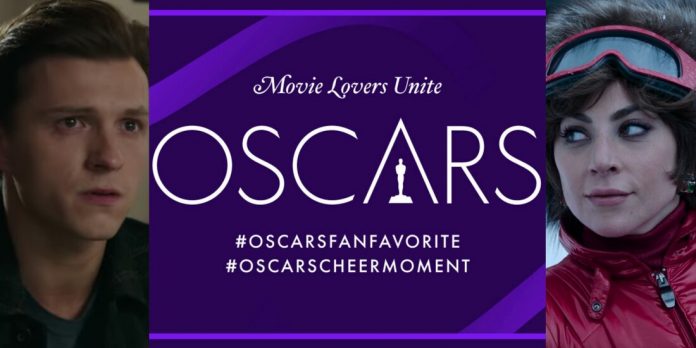 By Amy Smith
​
Earlier this week, the Academy announced #OscarsFanFavorite. Encouraging film fans to pick their favorite film of the year, the Academy is looking for people to Tweet out their choices using the hashtag with the most voted film receiving recognition on the telecast. Alongside that, there is also a separate hashtag #OscarCheerMoment, which is dedicated to the “most cheer-worthy movie moment ever.” While it is clear what the Academy is attempting to do, I would like to argue that this decision will not turn out the way they expect it to.

A couple of years ago, the Academy suggested a new Oscar prize – Best Popular Film. In a move that reeked of desperation to earn more viewership, fans of the Academy Awards rightfully called out the poor decision. As such, the Academy listened and scrapped the idea altogether. Well, until now. This way of having people on Twitter use the hashtag to vote on the best film of the year is a compensation for the Best Popular Film Oscar. Sure, this film will not go on to win a coveted prize, but this is inevitably going to give a spotlight to a film that has already garnered a lot of attention and has done well for itself without the Oscar spotlight. Using this time on the telecast to shout out something like “Spider-Man: No Way Home” or “Zack Snyder’s Justice League” takes away time spent celebrating award season success stories such as “Drive My Car” or “The Power of the Dog.”

And yeah, I know what you will all say about me criticizing these films gaining popularity. This is not a move to benefit the films, but instead to benefit the Academy Awards themselves. By having people tweet a hashtag including the word Oscar twenty times a day until the start of March, they are getting promotion from passionate fans fighting for that shout-out. Not only that, but they are expecting fans to then tune into the telecast to check out if their favorite won the competition. However, I think the Academy is fooling themselves if they think fans of a small selection or genre of films will watch a three-hour telecast just for one shout-out. Sure, they may share the clip of the announced film on social media, but that will not help the viewership of the actual telecast.

A decision made by the Academy that will be shown on ABC, a network run by The Walt Disney Company, it is clear what film they want to win the prize. With major pushes from publications to try and get this blockbuster a Best Picture nomination with no real push to do the award season campaign, it seems evident to me that Disney would hope this could be a way of helping “Spider-Man: No Way Home” seem prestigious with an Oscar shout-out. However, the idea to have this competition on Twitter is going to cause drama due to the number of fanbases getting involved. We saw heated fanbases arguing for their favorites to make the list in the race to secure actual Oscar nominations. In a competition that fans exclusively vote for, it will become a battle amongst the likes of Marvel fans, Zack Snyder fans, and Lady Gaga’s Monsters. That is not going to look pretty.

This decision from the Academy is another one that alienates their current following. Given the passion on Twitter from the three fanbases listed above and the scale of their following, it seems impossible that any of the actual Best Picture contenders stand a chance of winning. If critics and Oscar fans were actually to have a voice in this voting system, we would all need to agree on one collective film. In a telecast that has had actual Oscar categories threatened to be taken off-air due to the length of the show, it seems dumb to now say that they have time to shout out films that clearly the voting body of the Academy did not even have passion for.

The Academy is worried about the low viewership from 2021, which is apparent from the amount of publicity they are doing for this year’s telecast. The return of the hosts is something that feels right for both the quality of the show and to draw more people into watching the show. However, they also need to learn that last year was their base audience who will always tune in to see the Oscars live. Most of the films that were awarded last year were not seen by a large number of people due to the pandemic, and that is simply not the case with this year’s selection. We know people went out in large numbers to see Denis Villeneuve’s “Dune,” a film that did so well in the box office and on HBO Max that it is getting a Part Two. We know people are talking about Disney’s “Encanto,” a film with three nominations and will most likely secure at least one win. This year, the Best Original Song contenders come from major pop stars, including Billie Eilish and Beyonce, which gives the telecast a more organic way of bringing fanbases in to watch the show and see them not only perform but potentially win an Oscar.

This formula of encouraging people, particularly of a younger demographic, to vote online and to then watch the telecast also does not highlight the issue of these people accessing the show. For a growing number of people, they are choosing to cut the cable and watch everything through streaming platforms. You can watch ABC without cable through a Hulu account, but there is no guarantee that these fans even own that. With so many streaming platform options available, it seems unlikely that a majority of those voting will have Netflix, Disney+, HBO Max, Amazon Prime, and Hulu, to name only a few. It’s much easier to wait until a clip is uploaded on YouTube or for those who can access the telecast to Tweet out the result, and by then, big fanbases will have probably moved on to the next award their beloved stars are nominated for.

Every decision that the Academy makes to try and influence a different audience to check out their show, they slowly lose faith from the audience that is already dedicated to them. The Oscars are supposed to be a show that highlights the best of filmmaking from those who genuinely love film, and that is why many people care about being recognized by their peers. The decision to take time away from those who win big on the night just to have a viral 30-second clip rewarding one film for having the biggest social media presence feels cheap and, at the end of the day, will do little to encourage more people to sit through a three-hour telecast. This decision is too late to be reversed this year, but I struggle to see a reason for it to return in 2023.

​What did you think of the Academy’s announcement regarding #OscarsFanFavorite? Do you think it will have any impact on the ratings this year? What are you planning on voting for? What do you think will win? Let us know your thoughts in the comments section down below or on our Twitter account.