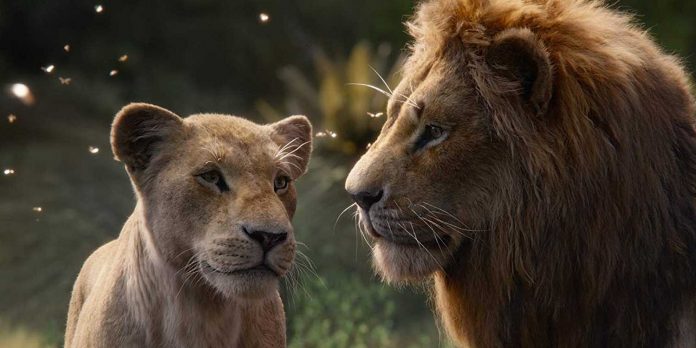 By Lauren LaMagna
​
Disney’s live-action remakes have caused massive debates, especially when a ‘new’ film gets released (See our latest podcast episode where we talked about this topic at great length). On one side, audience members are excited to see a live version of their favorite Disney films that might add to the original material, while others believe there is no point to remake untouchable films, except for a few hundred million dollars at the box office. Through this new age, there have been shot by shot remakes that just transition the film from 2-D animation to live-action, as well as updated films that could be enjoyed in a modern era. One of the pioneers of this new wave of storytelling is Jon Favreau who directed 2016’s live-action “The Jungle Book,” which went on to make $364 million at the US box office. The success of his completely animated jungle resulted in him landing the job to recreate Africa’s savannah in “The Lion King.” But has Disney and Favreau’s technology become too advanced for the medium?

Ever since the success of “The Jungle Book,” Favreau has been interested in pushing the boundaries of visual animation. When making “The Jungle Book,” instead of shooting on location with real animals, he decided to animate the majority of the film. So technically, 2016’s “The Jungle Book” and 2019’s “The Lion King” aren’t really ‘live-action’, but updated. The animation, however, is made to look real. The point is for the audience to believe that everything they see is real and not the end product of a bunch of animators on a computer, which Favreau and his team successfully did. The animals in “The Jungle Book” move like the real animals, react to the sunlight and run against the wind. The only fantastical element of the creatures is that they talk. It’s scarily good and went down in the history of special effects and animation. But what is the cost of such an advanced element dominating a film?

But that mindset is complexly abandoned when dealing with photo-real digital animation. The goal isn’t to convey emotion to drive the narrative forward anymore. It is to make the most realistic vision as possible. The animators aren’t constructing a jungle or savannah any longer; they are recreating the real-life places that exist on our planet.

Favreau was able to get away with this mindset when creating “The Jungle Book” because he used a combination of technologies. Within the film, Favreau used digital animation, motion capture, and live-action photography. He never relied on one form of technology to create the film, but constantly utilized and learned about different types. But most importantly, the film’s protagonist, the character the audience should root for, was played by a human, which allows the audience to easily connect to the character and therefore the film itself.

​“The Lion King” does not have the same cushions “The Jungle Book” did. Instead, “The Lion King” is completely animated and has no human characters, unlike any live-action film that Disney has made. Apart from most animated films, Favreau wants the characters to be as accurate to the real creatures as possible, so the animators must make the creature to scale. Typically, with animated films, the heads of the characters are heightened to display the human characteristics, which mostly comes out of facial movements. This allows the character to be ‘more human’ and therefore, more likely to connect with an audience. Also, animators sometimes can incorporate the actor’s characteristics into the character. But, by having a proportional, realistic character, these options aren’t available, which also results in a harder job for the actors involved. Favreau established a fantastic cast for this film, who can both act and sing as opposed to the 1994 film. But they are getting little to no help from the animation department, so they now have the sole responsibility to convey the emotional journeys of their characters, and only through their voice.

​Judging by the footage I’ve seen from the trailers and TV spots, “The Lion King” looks like a visually stunning film. But it should be more than that. I am constantly finding myself in awe of the scope of the film but finding it hard to see actual emotion out of characters I know and love. Maybe it’s because their eyes are too small or the lack of expression on their faces. Maybe it’s because it’s jarring to see a lioness have Beyoncé’s voice all of a sudden. Even though I respect where Favreau and Disney are taking computer-generated imagery, I hope they tell an emotionally satisfying story and not a National Geographic documentary with really epic music next time. The star of the movie should be the characters and the story, not the animation itself.

Have you seen “The Lion King” yet? How do you feel about the animation style? What do you think this means for the future? Let us know your thoughts in the comments section below.