Who Is Going To Die In “Avengers: Infinity War?” 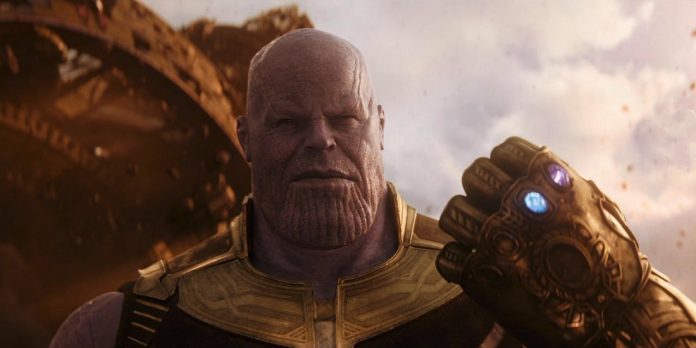 Last week, the latest trailer for Marvel’s “Avengers: Infinity War” was released. As with most Marvel movie trailers we as fans love to dissect all the small details within them, rewatching the trailers time and time again to ensure we catch every small aspect included. While “Infinity War” has a lot to offer within its latest trailer the number one thing we’ve been continuously asking ourselves is: who is going to die? While “Guardians of the Galaxy Vol. 2” did a fantastic job at killing off a supporting character, Marvel has kind of strayed from ridding themselves of any major characters within their universe which they have drawn criticism for (Looking at you “Captain America: Civil War“).

While it’s mostly due to contractual obligations and such, they still could elevate their films to a different emotional level if they were to kill off some important figures.

So with that said, here are some characters who we think could possibly be killed in “Avengers: Infinity War.” 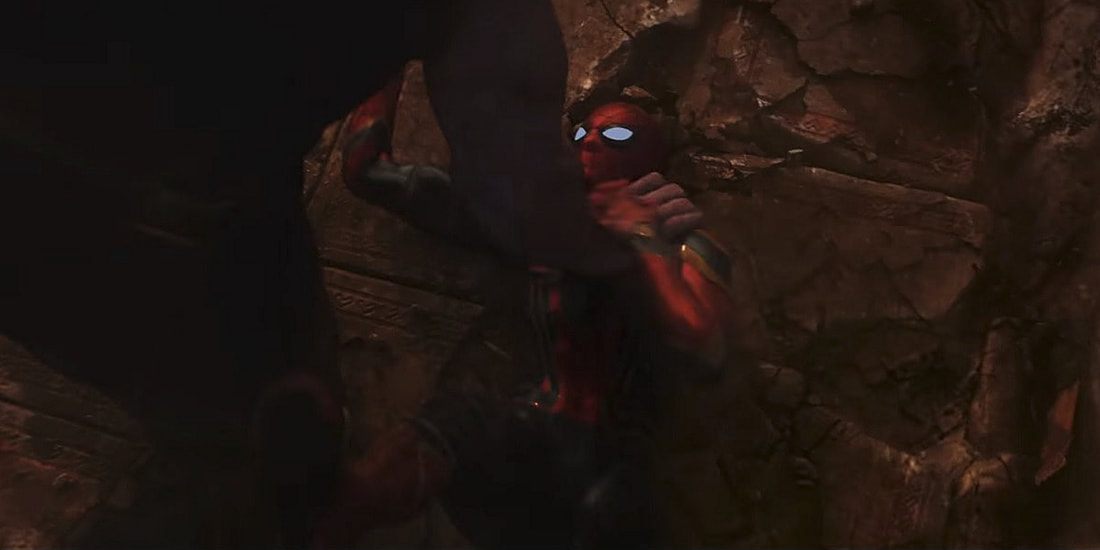 ​It doesn’t look good for Peter Parker when you see him going one-on-one with Thanos in the latest “Infinity War” trailer. We do see a few shots in both trailers of Tony Stark visibly upset over something or someone (Possibly getting killed). Could that someone be Peter Parker who Tony Stark has grown to care for as a father-figure? It would be very unlikely considering Tom Holland is still very new to this universe with his first standalone film “Spider-Man: Homecoming” only coming out last year, so maybe there’s a swerve involved? 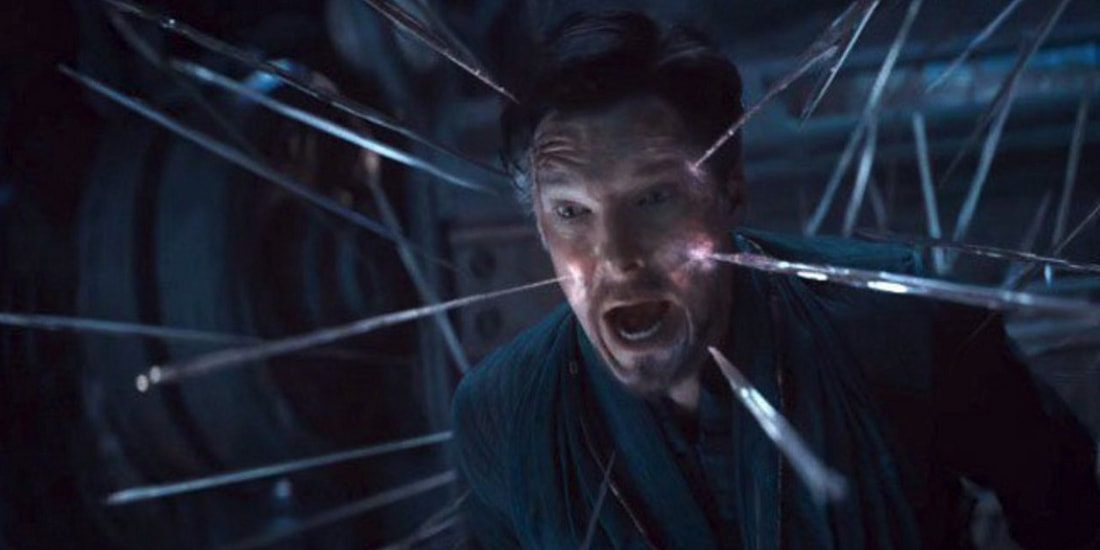 ​Much like Peter Parker, Doctor Strange was only very recently introduced to the Marvel Cinematic Universe in “Doctor Strange” and it would be very unusual for his character to meet his end this early on. However, he does possess one of the Infinity Stones and we can see by the trailer that he does get captured and tortured so perhaps there is a scenario where Benedict Cumberbatch exits the franchise early and surprisingly so. We know he plays a key role in the climactic scene towards the end of the film so perhaps he evades his ultimate demise? We’re definitely on shaky ground predicting this one but its still a possibility. 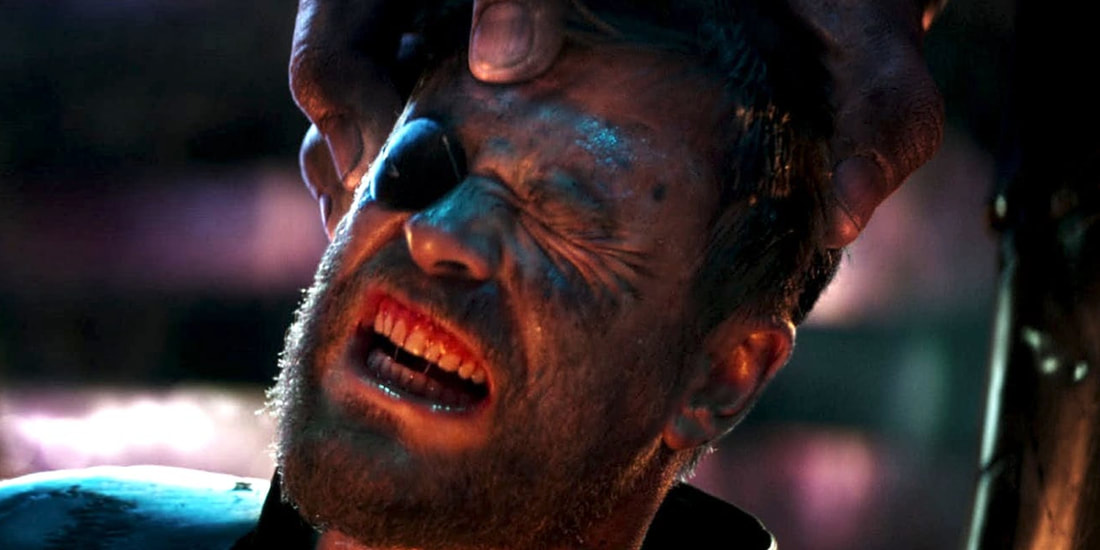 ​Three standalone films, three Avengers films and having taken this character in some very interesting directions with “Thor: Ragnarok,” it’s possible that the God of Thunder could be heading for the finish line. We’ve been told that Thor will feature very prominently in “Avengers: Infinity War” in terms of screentime and this leads us to wonder if Thor is going to receive a special arc which will result in his death. Could he sacrifice himself to save humanity? Or is Thanos going to crush his skull as pictured above? One thing is for sure: the trailers have given us enough to chew on that even the tiniest snippets could very well be misdirection. 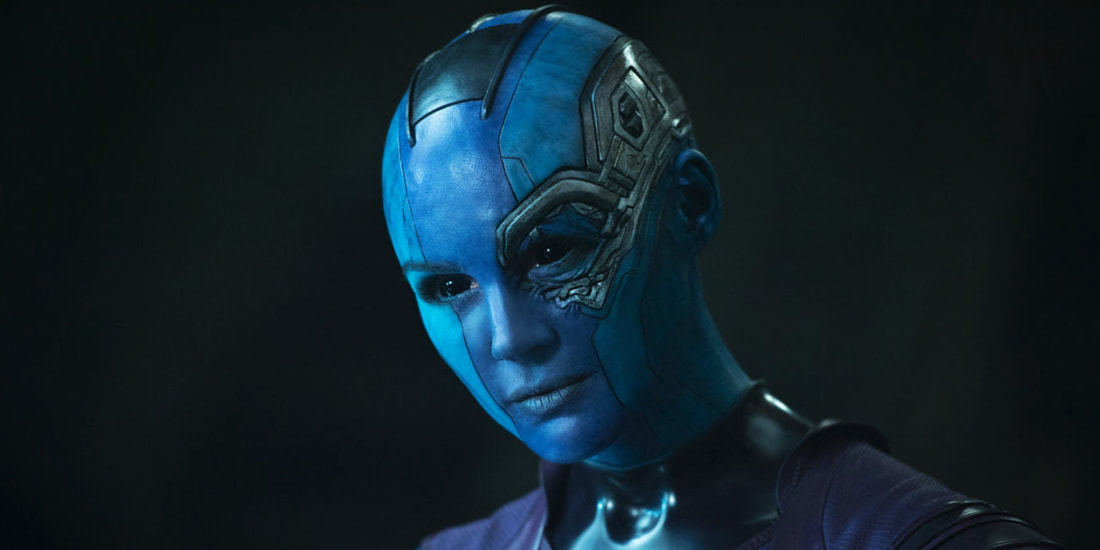 ​Nebula was introduced into the MCU in the first “Guardians Of The Galaxy” film. Her and her sister Gamora, are the two daughters of the all-powerful astral being, Thanos. We’ve seen Gamora and Nebula interact with one another about how terrible Thanos was to them, forcing them to fight one another to the point of him physically punishing them. He would rip out physical body parts of Nebula and replace them with mechanical pieces. Nebula has exclaimed how angry she is with Thanos for ruining her body that she is ready to exact her revenge. So it is possible that we see an emotional scene between Nebula and Thanos where Nebula attempts to kill Thanos. She could have a rather cathartic experience in attempting to release all of the anger she’s kept built up inside over her entire life that she releases all of it in one big fight with her father. But instead of him just replacing parts with tech, he would just kill her for good. 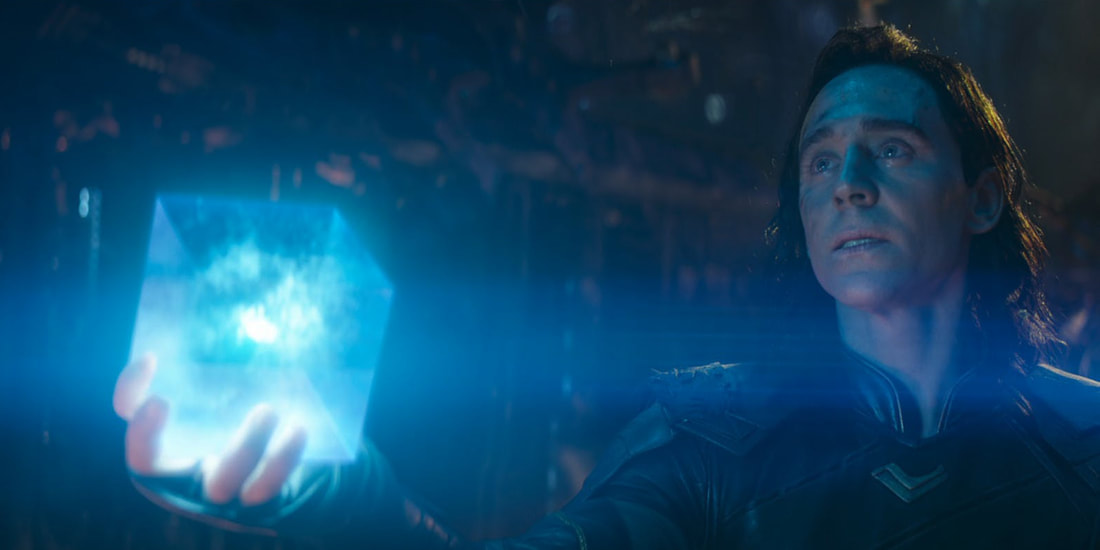 ​Loki has been a mischievous little snake ever since his introduction as a character. This becomes even more clear within the trailers we’ve seen. There are images of what appears to be Loki handing the tesseract, which holds one of the Infinity Stones, over to Thanos. Then in the most recent trailer, we see Thanos gripping Thor’s head while Loki watches. This could possibly allude to the fact that Loki is once again betraying his brother for his own benefit. Loki is secretly hoping to join Thanos’ group of evil beings and can prove himself by not only handing over the tesseract but by giving over Thor as well. However, while Loki is busy focusing on his own agenda it is entirely possible that Thanos has plans to turn on Loki. Once he has given Thanos the tesseract and any other information he may need, he just tosses Loki to the side. But instead of banishing him, Thanos would just kill Loki after all is said and done. ​Vision is obviously going to serve a massive purpose in this movie since an infinity stone is literally apart of his body. There is probably going to be some sort of attempt to protect Vision from Thanos so that he cannot retrieve the stone. But in the first trailer that was released, we see a couple different things that allude to some possibilities with Vision’s character. The first is that we notice someone quite literally tearing the infinity stone out of Vision’s forehead. Vision lays helpless on the floor while someone stabs a scepter into the stone and ripping it from his head. The later version that we see is Vision in a more humanoid form. Instead of having the appearance he’s had since his inception, he is just Paul Bettany with a glowing aura around where the stone used to be. This could allude to an instance that occurs in the comics where Vision is killed once the stone is ripped from him but then Wanda or Scarlet Witch resurrects him. This would make perfect sense for allowing Thanos to retrieve that stone and also us losing the Vision character altogether. 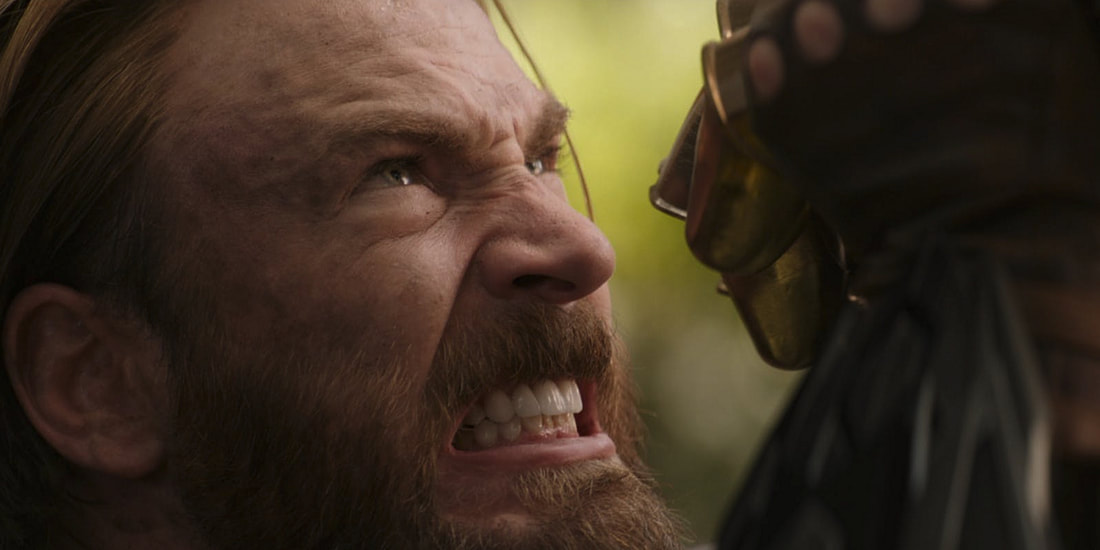 ​Captain America has been the leader of The Avengers, the heart and soul of the team since the first Avengers film. He’s always done what he believes is right and will not back down. While we do see Captain America has taken a different wardrobe change, not only with his costume but also his long hair and epic beard, Cap is becoming a completely different character than we remember. In the most recent trailer, we see Cap catch a punch from Thanos and the two of them share a menacing glare from one another. While Chris Evans is contractually obligated to be on until Avengers 4, there could be a possibility where he is killed in this film and we only see him in flashbacks in Avengers 4. If Cap is killed off it would be poetic to see him killed after delivering his memorable and iconic line, “I could do this all day.” 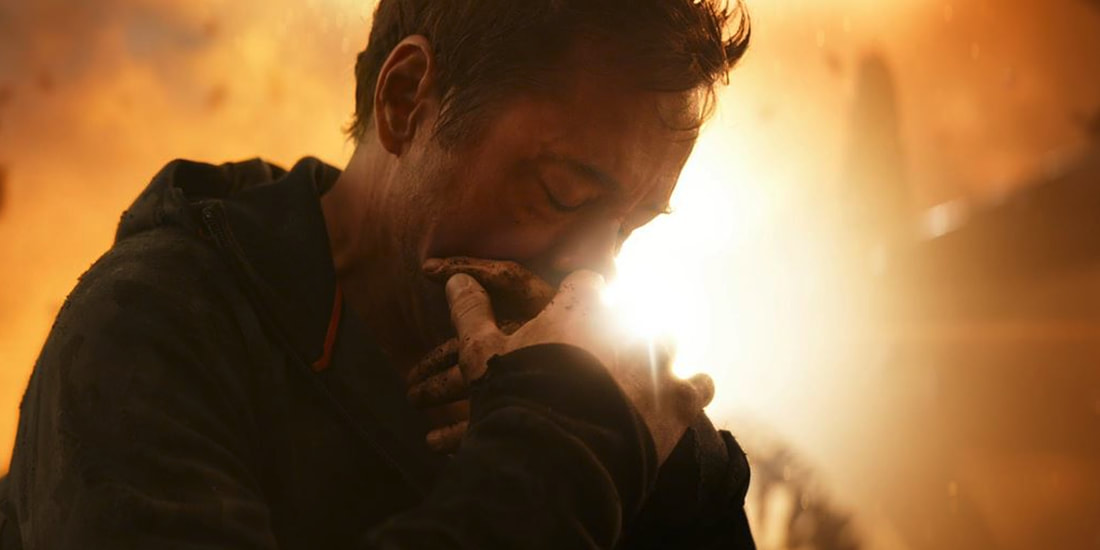 ​Tony Stark is a character who started out as selfish loose cannon who would only do what has benefited him. He has since seen a change of heart where he thinks and acts on decisions that are best for the team. While he has nearly sacrificed himself on a couple different occasions, it has always turned out on the brighter side of things for him. But there has to be a point where Stark’s luck runs out. There have been some shots from the Infinity War trailers where we see Stark at what appears to be an entirely new low for him. His suit is torn in half almost, his face is bruised and bloody as we’ve seen time and time before. But since Thanos is put into the picture the stakes are much higher. Stark has been able to skate by against these villains by the skin of his teeth, but with the all-powerful Thanos, his luck may just run dry. “I hope they remember you.” Could these be the final words that Stark hears before he bites the dust? Robert Downey Jr. is also contractually signed on until Avengers 4, but we could see a similar situation with Chris Evans. One where he is killed in this film then only shown in flashbacks within Avengers 4. And also at age 52, one has to wonder how much longer Downey can continue to keep on playing this character…

Who do you think is going to die in “Avengers: Infinity War?” We haven’t even mentioned some of the human characters such as Hawkeye, Natasha Romanoff or Falcon! The possibilities are endless. We’ve already speculated enough and will soon find out on April 27th. Be sure to head over to the Poll Page on NBP and vote on which Marvel Cinematic Universe film you would like to see us review on the podcast as we anticipate “Avengers: Infinity War.” Be sure to let us know your thoughts in the comments section down below!