Which Films Benefited Most From NBR, NYFCC, and LAFCA? 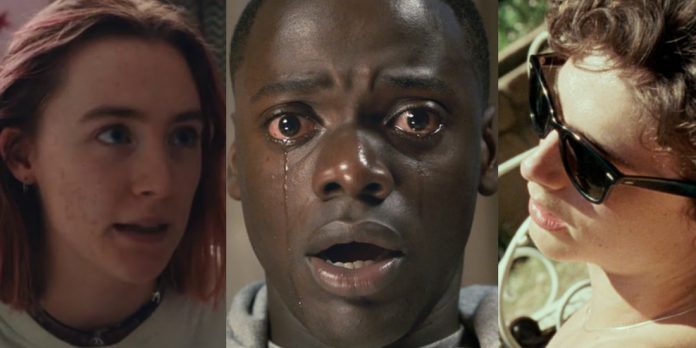 After a hugely unpredictable start to the Oscar season, we’ve got a little more clarity on the race thanks to the National Board of Review, New York Film Critics Circle, and Los Angeles Film Critics Association awards. While the awards were a little all over the map, they gave us a good picture of where we’re at in the race.

​Let’s break down which films benefited the most from these awards.​

​“The Post” has been one of the biggest question marks all season long. After finally premiering two weeks ago, NBR gave the film its first major wins of the season. Taking Best Film, Best Actor, and Best Actress, “The Post” made a splash in a big way. These awards had many people adjusting their predictions accordingly. Still, “The Post” didn’t win a single award from either NYFCC or LAFCA, and we have seen NBR go rogue before (Remember when they were the only group to mention “Silence,” “The Martian” and a bunch of Clint Eastwood films?), thus leaving room for other films to gain a little ground.

Willem Dafoe surprisingly missed out on a nomination from the Independent Spirit Awards but rebounded in a huge way this week. He won Best Supporting Actor from NBR, NYFCC, and LAFCA for his performance in “The Florida Project.” The last person to win the award from all three groups was Jack Nicholson in 1983 for “Terms of Endearment.” That’s a big stat for Dafoe as Nicholson went on to win the Oscar for his role.

“The Florida Project” showed up in other big ways as well. In addition to the film’s placement on NBR’s Top 10 Films, Sean Baker scored a surprising Best Director win at NYFCC. Additionally, the movie was the runner-up for Best Picture at LAFCA. These are all huge wins for the small A24 movie. Many had thought “The Florida Project” was running out of steam, and might have only scored wins for Dafoe. It looks as though the movie has plenty of fans, at least in the critics’ circles.

Though it was thought to be a huge contender after the festivals, Guillermo del Toro’s “The Shape of Water” had been having a very poor showing at many early awards. It didn’t receive a single nomination at the Gotham Awards or the Independent Spirit Awards, despite being eligible. It didn’t place on NBR’s Top 10 films. It didn’t receive any awards from NYFCC. Still, the movie rebounded at LAFCA, winning Cinematography, Actress, tying for Director, and getting second place mentions in Musical Score and Production Design. These wins were very much needed for the movie, which just so happened to occur on the film’s opening weekend. It will need to show up in other places outside of the LAFCA, but still, these wins helped revive buzz for Guillermo del Toro’s latest.

Gary Oldman, who has been thought to be the frontrunner for the Best Actor Oscar all year long, failed to win an award from any one of these three groups. Tom Hanks won Best Actor from NBR, and Timothée Chalamet won at NYFCC and LAFCA. While this is a little bit of a shaky start for Oldman, he still has plenty of time to rebound. Many are pointing to 2014 when Eddie Redmayne failed to win many of these early critics picks but went on to win the Oscar. Oldman’s “Darkest Hour” unsurprisingly didn’t win any awards at all from these three groups, which isn’t helpful either.

Still, this is a very good showing for the young Timothee Chalamet, who is receiving rave reviews for his performance in “Call Me By Your Name.” That film also did very well with LAFCA, where it won Best Picture and tied for Best Director. It also won Best Picture at the Gotham Awards, and it’s getting strong box office in its limited release, so this is a great start for the movie that many were only thinking would contend for a win in Best Adapted Screenplay.

Greta Gerwig and Jordan Peele are proving to be huge players this season in many ways. Both “Get Out” and “Lady Bird” placed on NBR’s Top 10 list. Peele won Best Directorial Debut at NBR, and Best First Film from NYFCC. It’s pretty likely we’ll see him racking up these sorts of awards all season long. He also won Best Screenplay from LAFCA, showing that he can compete in more ways than just in the newcomer categories.

“Lady Bird” had an even bigger showing at all three awards. Gerwig won Best Director from NBR and the New Generation Award from LAFCA. NYFCC awarded the film Best Actress and Best Film. Laurie Metcalf scored Best Supporting Actress at NBR and LAFCA. It’s already the best-reviewed film of all time on Rotten Tomatoes and scoring huge at the box office. Gerwig and Peele are two newcomers scoring immense love in these early awards, and it looks like they’ll have a lot of goodwill throughout the season where many early on thought they would be fringe contenders at best. Now, they are competing for wins in many categories!

Elsewhere, “Phantom Thread” won Best Screenplay at both NBR and NYFCC, giving some early love to the new film by Paul Thomas Anderson that many are still not allowed to talk about yet. Tiffany Haddish scored a key first win from NYFCC for her supporting role in “Girls Trip,” which could start a little momentum for the comedic actress much in the way Melissa McCarthy was able to ride a wave of critical support to a nomination for “Bridesmaids.” Outside of Best Editing and a place in the Top 10 from NBR, “Dunkirk” failed to win anything else from these groups. Still, it should find plenty of love from the guilds later on in the season.

There’s a lot to digest from these early critics awards groups, but we’ve still got plenty left before the guild awards kick in. Keep an eye on Next Best Picture as we preview more upcoming awards. It’s going to be a bumpy ride (Especially in Best Actress).

Which awards got you the most excited? Anything you weren’t expecting? Sound off in the comments below and let us know.