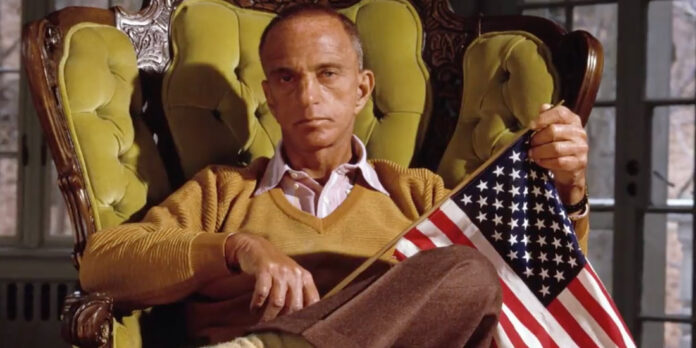 ​​Since his shocking rise to the Presidency, there has been no shortage of attempts to dissect what exactly made Donald Trump the way he is. Why is he a compulsive liar? Why can he never admit he’s wrong? Why does he demand blind loyalty? There are so many more questions worth asking, but there’s one person who helped contribute to the worst parts of Trump’s nature: Roy Cohn.

Matt Tyrnauer’s engrossing documentary takes a deep dive into the life and legacy of Cohn – the ruthless lawyer and political fixer. Cohn is best known for the beginning of his career, serving as chief counsel for Senator Joseph McCarthy during the height of the McCarthy hearings. His career spans decades after those hearings, where he became known as one of the most cutthroat lawyers you could ever hire; someone who would, by his own admission, stop at literally nothing to win a case for his clients.

“Where’s My Roy Cohn?” pulls no punches, as is fitting for a subject like Cohn. Right off the bat, the film shows us the dotted line from Cohn to Trump, which adds an appropriate amount of weight to his story. We know immediately that this isn’t only the story of Cohn, but rather, the film will show his grander effect on the current political landscape. After briefly zooming out to show this bigger picture, the film dives right into Cohn, immediately and brutally examining his life. His story may be complicated, but his motives are always clear: This is a man obsessed with power and winning. The documentary often feels straightforward, but it seems that’s how Cohn lived his life. “Where’s My Roy Cohn?” never tries to coddle or excuse what he did with his life.

A powerful, unrelenting score, well-crafted use of old photographs, and plenty of damning interviews, the film paints a truly menacing portrait from the start. Even the somewhat tragic story of his parents’ marriage feels like a supervillain backstory. According to the film, Cohn’s mother was too ugly to wed, so her family paid a young judge to marry her, which naturally led to deep unhappiness and resentment throughout Cohn’s life. With a judge for a father, Cohn was steeped in the world of politics, law, and apparent corruption from a very young age. He even accepted his first bribe at the age of 15 to get his teacher out of a parking ticket. There’s no doubt about what drives Cohn, and though the film never tries to paint a more sympathetic side, it never feels unfair.

The only moments where we somewhat feel for Cohn are when the film dives into his repressed sexuality. Though he would never admit it, it’s pretty clear, and well known even at the time, that Cohn was homosexual. Clips from the Army-McCarthy hearings show constant snickering and homophobic jokes as they question Cohn about his relationship with another man. You momentarily feel for him, but soon realize this only empowered him on his mission to win no matter what.

Much like McCarthy, Cohn was respected early on, but it didn’t take long for people to see through his bravado and ruthlessness. That didn’t stop his success, however. He found great success as the go-to lawyer for the mafia, defending people like John Gotti, while still befriending politicians like Ronald Reagan. Cohn desired attention more than anything, relishing his time in the spotlight, granting interviews even if only to berate the reporter. All this makes for great documentary footage, revealing that even while alive he was offensive and intense.

The documentary does a phenomenal job of letting Cohn speak for himself, showing us how he didn’t really care how evil he seemed. His interviews make the through-line to Trump obvious, but never too on-the-nose. You can see every negative trait from Cohn mirrored in Trump’s presidency. Cohn taught him all his tricks. Trump loved Cohn’s ruthlessness, and Cohn saw Trump as a kindred spirit. It’s a tragic partnership that’s led us to where we are now, but what we take from this is up to the viewer. “Where’s My Roy Cohn?” may feel one-sided, but Cohn himself didn’t have any qualms about showing his intentions. This documentary paints a ruinous portrait of a menacing man and leaves us frightened for how Trump’s story might end.