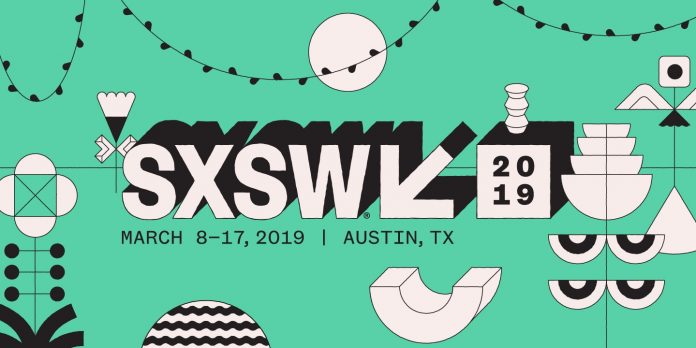 This year myself and fellow Next Best Picture contributor Josh Williams will be headed to Austin to explore the festival’s pickings for ourselves. Here’s a list of some titles to keep an eye out for in the coming days.

I’m not the biggest Seth Rogen fan, but I’ll see anything that stars the always terrific Charlize Theron. In this case, the South African actress plays a presidential candidate with an unsavory crush and a yearning to let loose. President Charlize? Honestly, who could resist such a concept? It’s also worth mentioning that O’Shea Jackson (“Straight Outta Compton” & “Ingrid Goes West“), Bob Odenkirk, and Andy Serkis round out the film’s strong supporting cast.

Since Nick Kroll’s supporting role in “Loving” (2016), I’ve always felt that the comedian has had it in him to tackle a loftier dramatic role. I honestly didn’t expect it to be in a romance film, but consider me pleasantly surprised! Not only does “Olympic Dreams” boast a sentimental Kroll, but the production itself has an interesting backstory, as it’s the first scripted film to be shot (by a one-person crew!) at the Athlete Village at the Olympic Winter Games.

This David Fincher production is not a film, but a series of animated shorts that comprise a series soon to be released on Netflix. By the looks of it, “Love Death & Robots” resembles “Black Mirror” but perhaps not as unfailingly pessimistic and more fantastic in scope. Each short will employ the distinct styles of various renown animators from all over the world, so at the very least this new series should be visually compelling. And while there’s plenty of other series premiering at SXSW that should draw your attention (Taika Watiti’s “What We Do in the Shadows” & the Aidy Bryant led “Shrill”), Fincher’s projects will always make the top of my list.

The long-awaited remake of Mary Lambert’s beloved 1989 film promises an edgier, even more terrifying version of Stephen King’s classic novel. “Pet Sematary” is the closing night film of SXSW and along with “Us,” one of the main horror highlights of the entire festival. With the new image of Church the cat already permanently etched into our brains, the new “Pet Sematary” has practically won some of us over already. I was already excited about this one, and then they told me John Lithgow plays the iconic Jud Crandall.

Robert Rodriguez returns to his low-budget roots with this horror-thriller based on notes the director took while working as a lab rat in college to make extra cash. Made on a self-imposed budget of $7,000, I’ll be excited to see how Rodriguez innovates within such restrictions. Recall that the filmmaker’s best film was his breakout feature “El Mariachi,” which was also miraculously made on a 7k budget.

Featuring Tony-winning Broadway star Ben Platt (“Dear Evan Hansen”), Nina Dobrev (“The Vampire Diaries”), and Mena Massoud (Aladdin in Disney’s upcoming remake), “Run This Town” tells the story of a journalist that stumbles upon a potentially hot story involving the city’s mayor. Loosely based off the controversies surrounding former Toronto mayor Rob Ford, I can’t help being drawn to a juicy journalism film such as this.

We’ve been waiting for the new Kumail Nanjiani film for too long since “The Big Sick,” and this one looks like a doozy. Nanjiani plays an Uber driver who gets caught up in an action whirlwind after he picks up a cop (Dave Bautista) hot on the trail of a killer. To think that there has yet to be a movie in which Uber features prominently! “Stuber” will be the first of its kind in this regard, and the unlikely duo of Nanjiani and Bautista seem like a mismatch made in comedy heaven.

Fresh off the low-key success of “Upgrade,” Logan Marshall-Green teams up again with Blumhouse for his directorial debut “Adopt A Highway.” Starring Ethan Hawke (“First Reformed“) as an ex-con reckoning with his past, this drama promises meaty material for the critically acclaimed actor. And I’ll be very curious to see what Marshall-Green has up his sleeve behind the scenes, given that as an actor he’s known for his selection of unconventional and dark roles.

It’s been seven years since Harmony Korine’s lurid girl gang flick “Spring Breakers,” and for his latest, we’re headed back to the beach. Honestly I’m at a loss as to what exactly is going to happen in “The Beach Bum” but with inspired casting that includes a suntanned-to-a-crisp Zac Efron, Snoop Dogg, Jonah Hill and Matthew McConaughey in the role he was born to play — Korine’s latest should be a comedy spectacle for fans and skeptics alike.

This one is going to be huge. Jordan Peele’s follow-up to the Oscar-nominated “Get Out” stars Lupita Nyong’o and Winston Duke in what appears to be more of a strict horror film. Based solely on the trailer, Nyong’o’s performance is one to keep on your radar. With the opportunity to play both the possessed and traumatized versions of herself, she could be this year’s Toni Collette. We await this one with great anticipation.

Which films are you most looking forward to at this year’s South by Southwest Film Festival (SXSW)? Let us know in the comments section below or on our Twitter account.