What To Make Of The Critics’ Choice Nominations 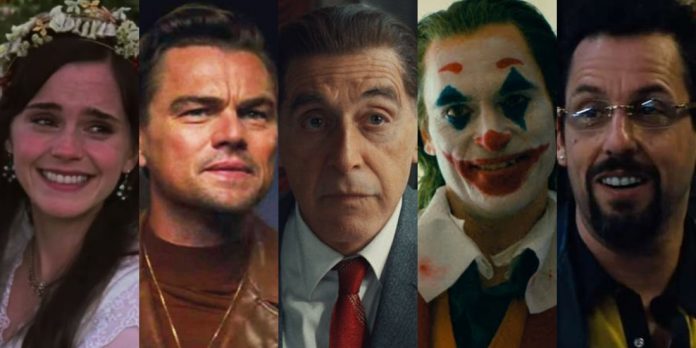 ​Being the first televised awards show to announce its nominations, the Critics’ Choice Awards have an important role in solidifying this year’s awards contenders. Even though they have expanded their categories compared to other awards bodies, and thus can nominate a wider scope of people and films, they’re still a good indicator of what’s making waves in the world of film awards. So what were the big takeaways from today’s nominations?

“The Irishman” Leads the Pack
As expected, “The Irishman” was the nomination leader, racking up an extremely impressive 14 nominations. It even managed to get into categories that were considered possible long shots for this juggernaut, like Best Score. The only place it missed out on a potential nomination was in Best Costumes. Since it leads in the total number of Best Picture nominations and wins among the awards bodies so far, its additional success this morning virtually assures that it will continue to dominate this awards season.

“Parasite” is a Cross-Over Success
“Parasite” continues to be a hit with awards groups that typically focus on English-language films. It scored an impressive seven nominations, including in tech categories like Best Production Design and Best Editing. Although it didn’t secure any individual acting nominations, its recognition in Best Acting Ensemble shows that the film’s performances aren’t being completely overlooked.

“Jojo Rabbit” and “Joker” Overcome Their Critics
Despite both having Metacritic scores in the 50s, the Critics’ Choice Association deemed both “Jojo Rabbit” and “Joker” fit, not only for Best Picture but also for several other categories. “Joker” even managed to snag a spot in Best Adapted Screenplay, in addition to the expected nomination in Best Actor. “Jojo Rabbit” got seven total nominations, and even though three of those nominations are in the Best Young Actor/Actress category, this still shows that the film is loved.

“Uncut Gems” Surprises
Perhaps the most unexpected story of the nominations is the success of “Uncut Gems.” It managed to not only get a somewhat-expected Best Actor nomination, but it also received recognition in Best Picture, Director, and Editing. These are strong signals of support for a film that was, up until now, only seriously considered to be a contender in Best Actor.

​”The Farewell” Says Hello to Awards Recognition
Despite missing Best Picture, “The Farewell” otherwise had a great day. The recognition for both Awkwafina and Zhao Shuzhen helps keep them in the conversation for their categories, and the nomination for Best Original Screenplay means that it has a serious shot to be a contender in that packed race. The Critics’ Choice Award can be a good indicator of support for foreign language performances, such as last year when it was the only pre-Oscars televised award show to nominate Yalitza Aparicio for “Roma.” This is especially good news for Zhao Shuzhen because even if she doesn’t make an appearance in the Golden Globes or SAG nominations, she can potentially follow Aparicio’s path to an Oscar nomination.

Greta Gerwig Makes Her Case
“Little Women” gathered up nine nominations (only “The Irishman” and “Once Upon a Time in Hollywood” received more nominations). Doing equally well in both the above and below-the-line categories, Greta Gerwig most notably made her way into the Best Director category. If she can continue this path of recognition, she stands a good chance to become the first female director to be nominated more than once in that Oscar category.

Only One of “The Two Popes” Makes It In
Perhaps the most surprising omission in the acting categories is Jonathan Pryce missing out on a Best Actor nomination for “The Two Popes.” Despite nominating seven men in that category, the Critics’ Choice Association still managed to shut Pryce out. What makes this snub even more surprising is that his co-star Anthony Hopkins received a Best Supporting Actor nomination, despite many pundits considering him to be the less secure of the two actors to receive any type of nomination. With the Best Actor field being so crowded this year, any missed nominations don’t bode well for the absent actor.

Lupita Nyong’o Continues to Impress
After recently winning Best Actress from both NYFCC and NYFCO, Lupita Nyong’o’s masterclass of a horror performance in “Us” continues to find love from awards bodies with her Critics’ Choice nomination. At this point, she is seriously in the race, and if she can manage to score either a Golden Globes or a SAG nomination this week (or both!), she will be considered a major snub if the Oscars decide to ignore her.

So what to make of all this? Are these nominations strong indicators of who and what we are likely to see continually rewarded this year? Or are there going to be surprises this season? Let us know what you think in the comments section below or on our Twitter account.