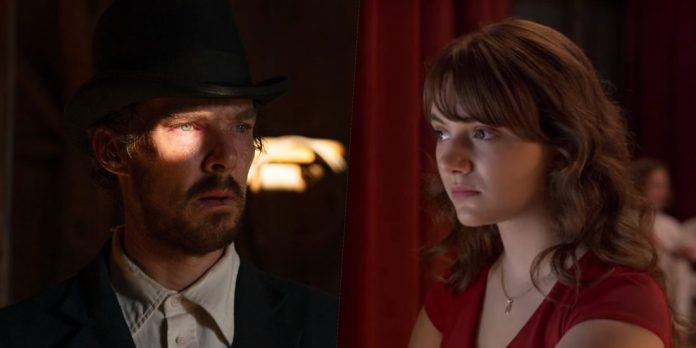 Just when people started to complain about this year’s Oscar race being boring, the Producers Guild Awards decided to shake things up this past weekend. After dominating the season by winning Best Picture at the Golden Globes, BAFTAs, and Critics Choice Awards, Oscar nomination leader “The Power Of The Dog” hit a major stumbling block by losing the PGA to the indie sensation “CODA.” The PGAs have historically been one of the more accurate predictors of Oscar success, so surely this means “CODA” has Best Picture in the bag, right? Not so fast.

As is typical of the current expanded Best Picture era, this year’s race for Oscar’s top prize will remain unpredictable until the final envelope is opened. While we occasionally get a year where an “Argo” or “Nomadland” coasts to an easy, uncontested crowning, lately, Best Picture has come down to two or three frontrunners. When “The Power Of The Dog” was bestowed the honor of being this year’s nomination leader with an astounding 12 mentions, many were quick to call the race over and done in favor of Jane Campion’s latest masterpiece. But a good number of pundits were hesitant to declare an early victory, most notably because the film is a Netflix production. Despite frequently churning out the types of films that Oscar usually leaps for, the streaming powerhouse has yet to claim the Academy’s most significant honor. In fact, a similar fate befell Netflix’s “Roma,” which scored the most nominations at the 2018 awards ceremony but at the last minute, lost out to “Green Book.” This year’s two-horse race resembles that contentious year in many eerie ways.

Besides the industry scorn for the studio behind it, “The Power Of The Dog” has faced many of the same critiques that were lobbed at “Roma.” Namely, it’s cold and slow, with many audience members left scratching their heads at the film’s conclusion. On the other hand, both “Green Book” and “CODA” are feel-good, uplifting films with social themes that give the movies a sense of weight underneath the breeziness of their tones. In addition, “Roma” similarly won Best Picture at the BAFTAs and Critics Choice Awards, along with Best Foreign Language Film from the Golden Globes, which is the biggest prize that it was eligible for at that ceremony. And like “CODA,” “Green Book” nabbed the PGA at the last minute, foretelling its eventual Best Picture victory. In addition, the potential Oscar victories that the top films of 2021 and 2018 could share are startling. Namely, “The Power Of The Dog” is practically locked to win Best Director and has a solid chance at Best Cinematography, both of which “Roma” won, whereas if “CODA” were to take all three of its nominations – Best Picture, Adapted Screenplay, and Supporting Actor – this would exactly mirror the spoils of “Green Book.”

Conversely, the 2006 awards race offers a comparable year to this one that is much less favorable to “CODA’s” chances. That year, “Little Miss Sunshine” reigned victorious at both PGA and SAG, but only scored Oscar nominations for Best Picture, Original Screenplay, Supporting Actor, and Best Supporting Actress. This is obviously very similar to the precursor wins and Oscar nominations that “CODA” received. It went on to win two Academy Awards for its writing and Alan Arkin’s supporting performance. However, there are critical differences between that year and our current one. The 2006 race for Best Picture was arguably even harder to pin down than this one – “Babel” and “Dreamgirls” won big at the Golden Globes, the BAFTAs gave Best Film to “The Queen,” and eventual Oscar champ “The Departed” conquered the Critics Choice Awards. It can be argued that Martin Scorsese’s astounding performance in the Best Director race (he won the DGA, Golden Globe, and Critics Choice Award) helped solidify a Best Picture win for the film. Of course, this looks a lot like Jane Campion’s dominance of this year’s race and may bode well for her film’s chances in Best Picture. But the key difference between 2006 and 2021 is that the Academy’s voting styles are different. Until the expanded era, Best Picture was determined by members simply voting for the one film they liked the most. Since 2009, the top category has been voted on using a ranked preferential vote, which has inevitably led to different types of winners. It’s not often that Oscar years lineup one-to-one, but pointing to parallel ceremonies is a good way to determine modern voting patterns and tastes of the Academy’s membership.

Of course, the PGAs are not a foolproof bellwether. Of the 12 ceremonies that have taken place since the Best Picture nomination field was expanded, nine of them have resulted in a winner that also went on to take Oscar’s top prize (with the caveat that the 2013 PGA ceremony ended in a tie between “Gravity” and future Oscar favorite “12 Years a Slave“). The three years where winners did not align constituted some of the most surprising Oscar nights in recent memory – PGA victors “The Big Short,” “La La Land,” and “1917” lost the Academy Award to “Spotlight,” “Moonlight, and “Parasite,” respectively. “The Big Short” was the winner in a year that was wildly fractured, with the big prizes at the Producers, Directors, and Screen Actors’ guilds all going to different films. “La La Land” and “1917,” however, were widely considered to be juggernauts that were the odds-on favorites to win big at the Oscars all the way up to the night of the awards. If we’re looking for a comparable narrative for this year, “The Power Of The Dog” winning at the PGA but losing the Oscar to “CODA” would’ve closely resembled those two years. Instead, “CODA” winning the PGA feels like when “The King’s Speech,” “Birdman,” and “Green Book” won, all of which were victories of different levels of surprise and indicated that they had the right stuff to prevail at the Academy Awards eventually. Namely, what the PGAs have going for them that makes them different from other important awards is that it’s the only precursor awards show that uses a preferential ballot to determine its winner. This is the exact same method the Academy employs for Best Picture. Therefore, if a film can take the top prize from the Producers Guild, it shows that it can do well in a preferential voting model.

To further complicate matters is the fact that “The Power Of The Dog” and “CODA” have vastly different nomination totals. The former, of course, has more than any other film this year, while the latter has only three, tying it with “Licorice Pizza” for the least mentions of any Best Picture hopeful. In addition, “CODA” is absent from several vital categories that usually indicate that the top prize is within a film’s grasp. It would have to make history in several different ways in order to secure the Academy’s greatest honor. It would be only the sixth film to win Best Picture without a Best Director nomination. However, recent winners “Argo” and “Green Book” were able to overcome this hurdle which indicates that this statistic is not as ironclad as it once was. “CODA” would also be only the second film to win Best Picture without a nomination in Best Film Editing since “Ordinary People” all the way back in 1980. Although “Birdman” was able to beat this stat, almost certainly due to the film’s all-in-one-take style, the fact remains that this category is the single most crucial below-the-line race in determining Best Picture viability. It would also be the first Best Picture winner since “Ordinary People” to do so without a single nomination outside of the directing, writing, and acting categories. Even a single craft nomination can be enough to signal widespread Academy support across its many branches, as was the case with “Green Book” and “The Departed.” And if “CODA” were to lose either one of its two nominations outside of Best Picture, the records it would have to shatter are substantial. If it wins just a writing award along with Best Picture, it would be only the second to do so following “Spotlight” in 2015 and “The Greatest Show on Earth” in 1952. If “CODA” took Best Supporting Actor before winning the evening’s final award, it would be the first Best Picture winner ever whose only other award was in an acting category. And if it were to achieve a shocking win in Best Picture and no other category, it would be only the fourth film to do so, with the most recent being 1935’s winner “Mutiny on the Bounty.” In addition, no film has taken Best Picture with just three or fewer total nominations since “Grand Hotel,” which infamously won in the only category it was nominated in at the 5th Academy Awards.

Obviously, looking at statistics and patterns from previous ceremonies is not a perfect method of predicting. It’s unrealistic to assume that Academy voters consult some sort of rule book on how Best Picture winners usually perform. However, examining trends does give insight into how a typical Oscar voter determines award worthiness and what qualities they may value in the types of films they would be inclined to reward. The fact of the matter is that both “CODA” and “The Power Of The Dog” have significant pros and cons regarding their chances of winning Best Picture. Anyone going into Oscar night with a substantial degree of certainty in their prediction is, frankly, fooling themselves.

​What are you predicting will win Best Picture between “The Power Of The Dog” and “CODA?” Please take a listen to our Final Oscar Predictions Podcast Episode if you haven’t already, take a look at our latest Oscar predictions here and let us know your thoughts in the comments section below or on our Twitter account.