“wework: or the making & breaking of a $47 billion unicorn” 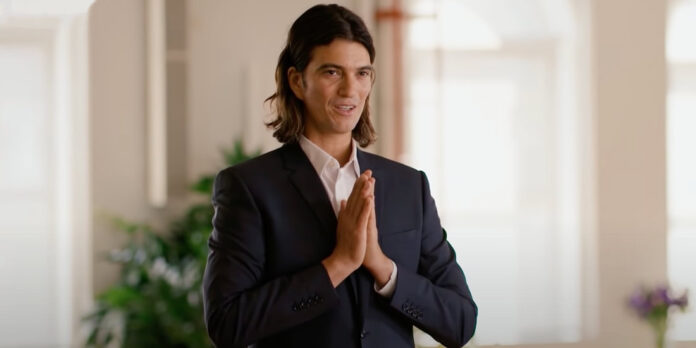 THE STORY – An account of the six-week death spiral that brought down the company’s IPO, a behind-the-scenes look at WeWork’s frat-boy culture.

​WeWork was a dream-like business. It was an office space-sharing company that encouraged young entrepreneurs to interact and share ideas. It was a feverishly positive community headed by co-founder Adam Neumann, an extension of the raucous college experience into adulthood. For the people involved, it seemed like it would never end. Hindsight is 20/20, though, and the new documentary “WeWork: or the Making and Breaking of a $47 Billion Unicorn” explores what went wrong with WeWork and what was never right, to begin with.

“WeWork” does a fine job of breaking down the financial and technical reasons the business collapsed. The documentary really comes alive, though, when it shifts the focus to co-founder Adam Neumann. He was the mastermind behind the WeWork operation, and his unique combination of personability and charisma made him the perfect face for the brand as well. The doc incorporates several interview clips of Neumann so that we can get a firsthand look at his tactics, and truth be told, they are convincing. In watching him prattle on about WeWork being the future of business, one gets the sense that he’s genuinely committed to making it work. Of course, this perceived genuineness is what allowed him to trick so many.

The rise and fall of the business is aligned with the rise and fall of Neumann, and this simple (albeit powerful) structure puts “WeWork” in line with other grifter docs like “Fyre: The Greatest Party That Never Happened” and “The Inventor: Out for Blood in Silicon Valley.” Neumann may not be as outwardly unlikable as “Fyre” subject Billy McFarland or as untrustworthy as “Inventor” star Elizabeth Holmes, but his tactics are, in some ways, more abhorrent. By hiring young business people and making false promises of wealth, Neumann was exploiting the very generation he claimed he was helping.

“WeWork” director Jed Rothstein stitches together a strong assortment of talking heads, which range from ex-employees and associates to journalists. It’s cringe-inducing and hilarious to hear accounts of Neumann forcing his employees to fill up WeWork spaces and feign parties in an attempt to impress potential investors. Others recall Neumann denigrating workers and claiming to be able to do their work better than them when he wasn’t pleased with results. By the time a financial expert comes onscreen to peg “WeWork” as “the most overvalued private company in the world,” one can’t help but marvel at the audacity of Neumann’s vision. In the words of one employee: “He was blinded by money.”

Rothstein recognizes the morbid fascination we have with con artists, and it’s to the doc’s benefit that Neumann’s financial decisions grow increasingly more absurd as his empire collapses. At one point, he was burning through $100 million a week and turning to celebrity investors like Ashton Kutcher to smooth over his losses in the media (Kutcher’s face during one of the Neumann interviews is priceless). Neumann’s attempts to film a promo for WeWork is another standout moment, as the usually smooth businessman stumbles through take after take.

“WeWork” slips ever so slightly in the finale, where the focus shifts away from Neumann and towards his former employees. The materials and the presentation that accompany this angle pale in comparison to what came before it, especially when seemingly extraneous references are made to the COVID pandemic. An anticlimactic finish to an otherwise unbelievable tale.

Documentaries are often predicated on finding a fascinating topic that the general public doesn’t know about. “WeWork” satisfies this quota and then some by keeping the focus on Adam Neumann and his Everest-sized ego. The only thing America loves more than a success story is an excess story, and “WeWork” is one for the ages.