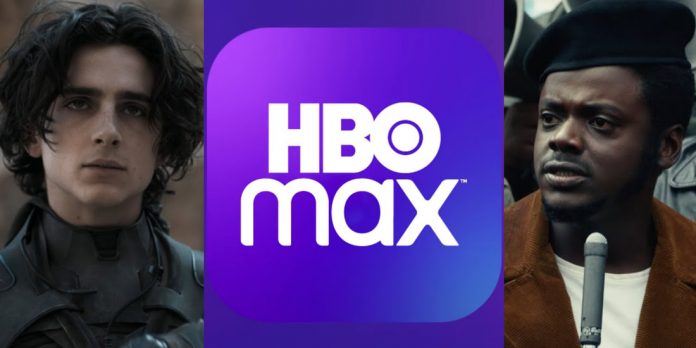 ​Warner Bros has announced today in an industry shaking announcement that it will release its entire 2021 slate including “Dune,” “The Matrix 4,” “Space Jam,” “In the Heights” and more on HBO Max concurrently with theatrical releases.

As  per Deadline, Warner Bros is pushing ahead with its concurrent HBO Max/Theatrical release strategy it is testing with “Wonder Woman 1984,” and will now release its entire 2021 catalogue on HBO Max concurrent with theatrical releases. This means that Denzel Washington’s The Little Things, Judas and the Black Messiah, Tom & Jerry, Godzilla vs. Kong, Mortal Kombat, Those Who Wish Me Dead, The Conjuring: The Devil Made Me Do It, In The Heights, Space Jam: A New Legacy, The Suicide Squad, Reminiscence, Malignant, Dune, The Many Saints of Newark, King Richard, Cry Macho and Matrix 4 will all be accessible on HBO Max simultaneously with their theatrical release.

The films will remain on HBO Max for a month following this initial release, and then remain solely in theaters for the remainder of the theatrical run.

As per Warner’s Official Press Release, “After considering all available options and the projected state of moviegoing throughout 2021, we came to the conclusion that this was the best way for WarnerMedia’s motion picture business to navigate the next 12 months,” said Kilar. “More importantly, we are planning to bring consumers 17 remarkable movies throughout the year, giving them the choice and the power to decide how they want to enjoy these films. Our content is extremely valuable, unless it’s sitting on a shelf not being seen by anyone. We believe this approach serves our fans, supports exhibitors and filmmakers, and enhances the HBO Max experience, creating value for all.”

“This hybrid exhibition model enables us to best support our films, creative partners and moviegoing in general throughout 2021,” said Toby Emmerich, Chairman, Warner Bros. Pictures Group in a statement. “We have a fantastic, wide ranging slate of titles from talented and visionary filmmakers next year, and we’re excited to be able get these movies in front of audiences around the world. And, as always, we’ll support all of our releases with innovative and robust marketing campaigns for their theatrical debuts, while highlighting this unique opportunity to see our films domestically via HBO Max as well.”

The long-term implications of this strategy are enormous for the theatrical experience, which has already been in jeopardy in recent months. It will be interesting to see if other studios like Disney also follow suit. What do you think of this news? let us know in the comments section below or on our Twitter account.
​
You can follow Will and hear more of his thoughts on the Oscars and Film on Twitter at @mavericksmovies