Trailer – “Shang-Chi And The Legend Of The Ten Rings” 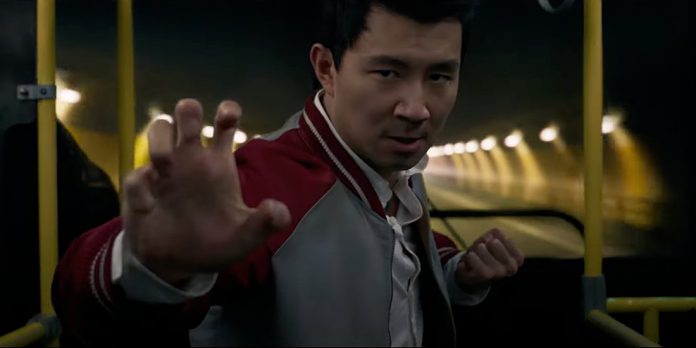 By Matt Neglia
​
Walt Disney & Marvel Studios has released the trailer for “Shang-Chi And The Legend Of The Ten Rings.” The film is directed by Destin Daniel Cretton and produced by Kevin Feige and Jonathan Schwartz, with Louis D’Esposito, Victoria Alonso and Charles Newirth serving as executive producers. David Callaham & Destin Daniel Cretton & Andrew Lanham wrote the screenplay for the film, which opens in theaters on September 3rd, 2021.

Plot Synopsis: Marvel Studios’ “Shang-Chi and The Legend of The Ten Rings” stars Simu Liu as Shang-Chi, who must confront the past he thought he left behind when he is drawn into the web of the mysterious Ten Rings organization. The film also stars Tony Leung as Wenwu, Awkwafina as Shang-Chi’s friend Katy and Michelle Yeoh as Jiang Nan, as well as Fala Chen, Meng’er Zhang, Florian Munteanu and Ronny Chieng.

What do you all think of the trailer? I’m loving the art direction, costumes, fight-choreography and overall feeling that this trailer gave off. It’s about time we had an Asian superhero in the MCU and even though audiences may not have as much familiarity with the character as hardcore comic fans probably do, they will soon enough as this looks like it could do for Asian representation on screen what “Black  Panther” did for Black representation on screen. I’m looking forward to it, minus the comedic bit with Awkwafina at the end. The jury is still out on whether or not her brand of humor will work well within Feige’s universe. However, Simu Liu looks to be absolutely crushing it as Shang-Chi. Can’t wait for September! But what do you think? Let us know your thoughts though in the comments below or on our Twitter account.