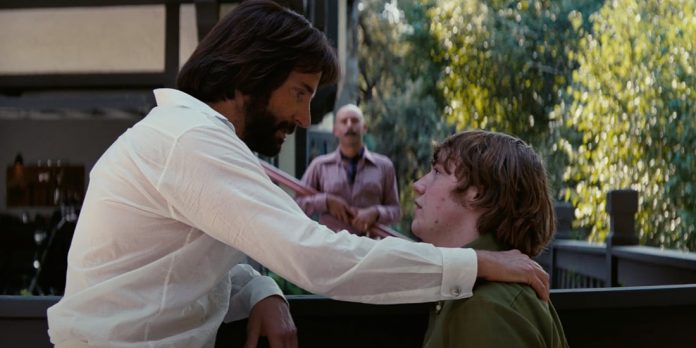 By Matt Neglia
​
MGM Studios has released the trailer for Paul Thomas Anderson’s “Licorice Pizza” starring Alana Haim, Cooper Hoffman, Sean Penn, Tom Waits, Bradley Cooper, Benny Safdie. The trailer has been playing in theaters all across the country the past few days and is finally available online. The film will be released later this year.

Plot Synopsis: LICORICE PIZZA is the story of Alana Kane and Gary Valentine growing up, running around and falling in love in the San Fernando Valley, 1973. Written and Directed by Paul Thomas Anderson, the film tracks the treacherous navigation of first love.

What do you all think of the trailer? It’s a new Paul Thomas Anderson film!! Enough said, right? Well, I do want to comment on some things. First of all, I love that his visual style and storytelling seems to be harkening back to some of his earlier work like “Boogie Nights” and “Magnolia,” but shot in a similar manner as something like “Inherent Vice,” which paid homage to the era it was portraying in its story. Could this be Paul Thomas Anderson’s “Once Upon A Time In Hollywood” as it pays tribute to the place and time he holds so near and dear to his heart? This looks to be the lightest film PTA has ever made, and the vibes I’m receiving from this are reminding me of something like “Almost Famous” or a film by Richard Linklater. While much attention has been placed on Bradley Cooper, it’s lovely to see Philip Seymour Hoffman’s son Cooper Hoffman working with PTA, who previously had a brilliant working collaboration with the late great actor. As far as coming-of-age hangout movies go, this (rumored to be three hours long) new effort from PTA has all the makings of another classic from the already legendary filmmaker. I cannot wait to see it. What do you all think? Let us know your thoughts in the comments section below or on our Twitter account.