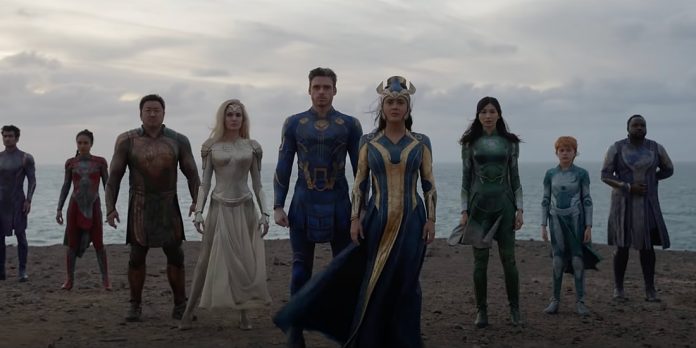 By Matt Neglia
​
Marvel Studios has released the first teaser trailer for “Eternals,” the third film in the MCU’s Phase Four, opening on November 5th, and directed by Academy Award-winner Chloé Zhao (“Nomadland“).

What do you all think of the trailer? It definitely looks like Zhao has retained her signature filmmaking style and applied it to a larger scale with obviously, the largest budget she’s ever had to work with. I’m still unsure I’m getting the best sense of what the story is here, but this is an intriguing teaser that will indeed have the internet excited as far as character introductions and visuals go. Hearing Richard Madden, “The King in the North” saying he could lead the Avengers now and everyone laughing at that notion was a nice final touch. Here’s to hoping we get to learn and see more in the weeks ahead of its November release. What do you think? Let us know your thoughts though in the comments below or on our Twitter account.