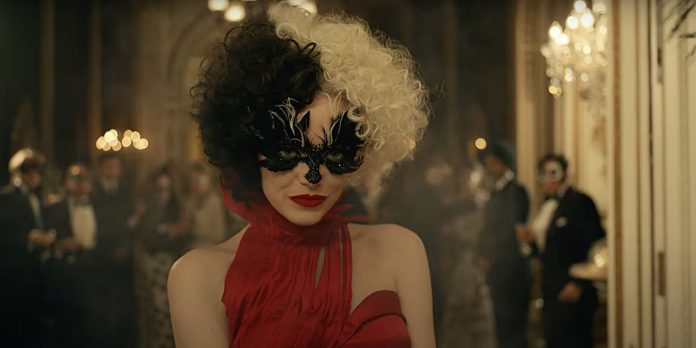 ​​Disney has released the trailer for “Cruella” starring Emma Stone, Emma Thompson, Joel Frey, Paul Walter Hauser & Mark Strong. The film is set to be released on May 28th, 2021.

What do you all think of the trailer? “Cruella” has been divisive among viewers since it was first announced, but it looks as though director Craig Gillespie (“I, Tonya“) has a very specific vision for the young villain that could surprise even the most diehard “101 Dalmations” fans. The tone of the trailer has already reminded many people of the D.C. Harley Quinn films “Suicide Squad” & “Birds Of Prey,” while it looks as though Stone had a blast in the title role. Bolstered by some striking production values, regardless of whether or not the film succeeds, we can rely on the Oscar winner to bring plenty of moxie to the table. This is yet another Disney property that is being re-packaged to make us sympathize with the villain (“Maleficent“) and how the storytellers choose to handle that is also a mystery. Let us know your thoughts in the comments below or on our Twitter account.