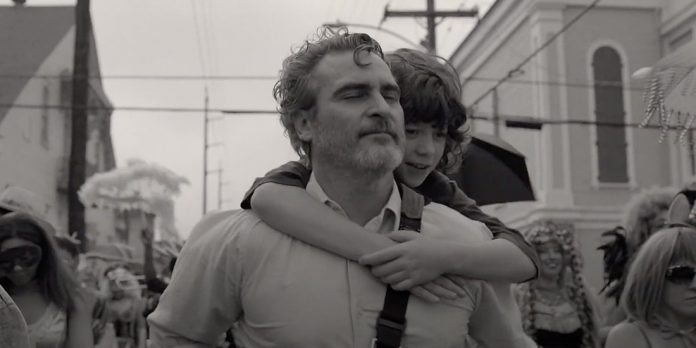 By Matt Neglia
​
A24 has released the trailer for “C’mon C’mon” starring Joaquin Phoenix, ​Gaby Hoffmann and Woody Norman. The film had its world premiere at the Telluride Film Festival, and will be released in theaters this November.

​Plot Synopsis: A radio journalist embarks on a a cross-country trip with his young nephew.

What do you all think of the trailer? I was lucky enough to see this at Telluride and can tell you all of the elements you loved about Mike Mills’ previous two films, “Beginners” and “20th Century Women,” are all present again. Joaquin Phoenix has not been this reserved and soulful since his magnificent performance in “Her,” and Woody Norman is an incredible find, standing in for Mike Mills’ own son as he tells a heartwarming story of a nephew teaching his adult uncle about parenting and the ways of the world around him. The secret weapon of this movie though is Gaby Hoffmann as Joaquin Phoenix’s sister. She gives a terrific performance that should not be overlooked come this awards season. Robbie Ryan’s black and white photography and the music by the Dressner Brothers are also exquisite. This is easily one of the best films of the year and should not be missed. What do you think, though? Let us know your thoughts though in the comments below or on our Twitter account.