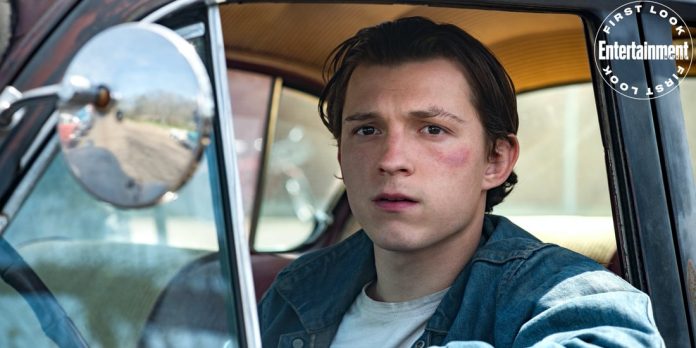 ​It’s easy to see why people of all ages are drawn to the latest Spider-Man actor, Tom Holland. The 23-year-old British actor is refreshingly humble, close with his family, and has dance skills that shock many. His sweet relationships with his older costars like Robert Downey Jr. and Jake Gyllenhaal make for amusing interviews on press tours and red carpets. He’s famous for accidentally spoiling the movies he’s in – to the point that he is now always accompanied by another actor for his interviews.

Yet, Holland’s casting as Spider-Man seemingly came out of nowhere. Unlike previous Spider-Man actors and other Marvel leads, he only had a handful of credits to his name when he was chosen to play the iconic role. He is also significantly younger than most superhero leads and a large part of his background lies in theatre and dance, rather than film. Despite this, his talent and charisma have earned him copious amounts of praise for his performances as Peter Parker and some even consider him to be the best iteration of the character.

Holland started out his career with a role in the musical “Billy Elliot” in London’s West End just after turning twelve years old. “Billy Elliot” has music by Elton John and tells the story of a young boy who dreams of being a ballet dancer against the background of the UK miners’ strike.

While he began playing the supporting role of Michael, later that year he was promoted to share the titular role of Billy with three other boys. The role of Billy is one of the most challenging young male roles in the musical theatre canon and requires serious dance skill. In the rest of the two years he spent in the show, he received good reviews and even got to meet the Prime Minister alongside the other Billy’s.

For those who know about his dance background, the videos of Holland doing fouetté turns and other dance moves circulating Twitter come as no surprise. There’s also his iconic performance (https://www.youtube.com/watch?v=1i5DEipIWh4) on “Lip Sync Battle” against Zendaya in which he nails choreography to both “Singin’ in the Rain” and Rihanna’s “Umbrella.” This physicality has been useful in his role as Spider-Man as he does many of his own stunts, a fact the young actor is proud of.

Holland’s breakout film role was in 2012 when he starred in “The Impossible” alongside Naomi Watts and Ewan McGregor, a movie which told the true story of a tourist family during the 2004 Indian Ocean tsunami. He received much acclaim for his performance and some critics even thought he might receive an Academy Award nomination though neither he nor McGregor did. Holland did end up winning the National Board of Review Award for Breakthrough Performance and the London Film Critics Circle Award for Young British Performer of the Year. With his performance in this film, Holland proved himself a young actor with a lot of potential. Holland also had a voiceover role in “Arrietty” (2011) and a role in “How I Live Now” (2013). He only had these and a few other credits to his name when Marvel announced in 2015 that he would be playing Spider-Man. He landed the role after a vigorous audition process including multiple self-tapes, screen tests, and chemistry reads with Robert Downey Jr. and Chris Evans. He was nineteen years old at the time of casting and thus the youngest person ever to play a lead in an MCU film. He stands in stark contrast to both previous Spider-Mans, Tobey Maguire and Andrew Garfield, who both had a decent number of films under their belt and were well into their twenties when they were cast.

​Maguire was twenty-seven years old when “Spider-Man” (2002) was released, in which he played a high school senior, and had already had roles in over a dozen movies. Garfield was near thirty by the time of the release of “The Amazing Spider-Man” (2012) and had done a plethora of theatre, television, and film roles. Those included “The Other Boleyn Girl” (2008), “The Imaginarium of Doctor Parnassus” (2009), and “Never Let Me Go” (2010). In fact, he was even nominated for a Golden Globe and a BAFTA for “The Social Network” (2010) the same year he was cast as the webby superhero.

Holland has now played Spider-Man in more movies than either of his predecessors with his small roles in “Captain America: Civil War” (2016), “Avengers: Infinity War” (2018), and “Avengers: Endgame” (2019) along with “Spider-Man: Homecoming” (2017) and the recently released “Spider-Man: Far from Home.” His performance as Peter Parker and his heroic alter ego have been praised by critics and fans alike. One thing that he has on his side is that he is much closer in age to his character than the actors who played him before.

While playing Spider-Man, Holland has continued to act in other projects including “Edge of Winter” (2016) and “The Lost City of Z” (2017), for which he received positive reviews. He has many projects in the works for the next few years, including a voice role “Spies in Disguise” opposite Will Smith later this year. He also is voicing characters in Pixar’s “Onward” (2020) alongside fellow MCU cast member Chris Pratt and “The Voyage of Doctor Doolittle” (2020) which stars Robert Downey Jr. in the lead role.

When “The Current War” premiered at TIFF in 2017, his performance was praised by critics even if the film itself was not. It is expected to be released in October of this year. He also will be seen in “Chaos Walking” (2020) with “Star Wars” It-Girl Daisy Ridley and in “The Devil All Time,” which does not yet have a release date.
​
Holland is quickly on the fast track to having a solid career. While Timothée Chalamet has been called the next Leonardo DiCaprio, it’s rapidly become clear that Holland is another emerging talent that might one day rank among the greats if his performances in “The Impossible” and as Peter Parker are indicative of his future work. Though his origins aren’t what one might expect for the center character of a major Marvel franchise, Holland has shown that he is more than ready for the challenge.