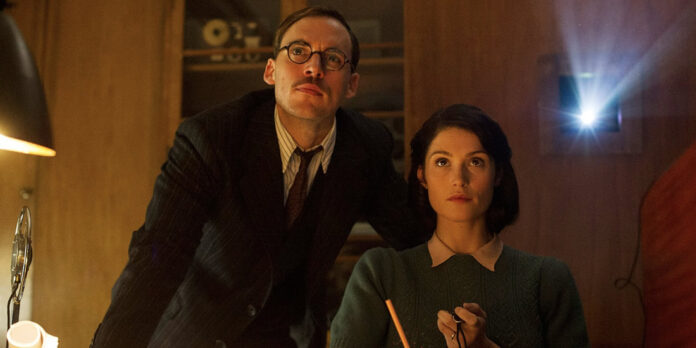 THE STORYIn 1940, a married woman (Gemma Arterton) and a screenwriter (Sam Claflin) develop a growing attraction while working together on a propaganda film about the evacuation of Allied troops from Dunkirk, France.

Much like “Hidden Figures” last year, “Their Finest” attempts to showcase a time and era where women were not only objectified within the workplace, seen as inferior by their male counterparts but also presents these beliefs and attitudes as evidenced towards the commonplace atrocities still being done towards women in the workplace today. However, it’s not all gloom and doom. Despite taking place during a dark time in British (And world) history, “Their Finest” is whimsical, light and empowering in how it shows Catrin Cole’s rise through the ranks of a filmmaking production during the 1940’s.

Taking place in London, in 1940 during the Great London Bombings, morale is low for the country and the Ministry Of Information sees it as their duty to produce a film on the Battle At Dunkirk which will hopefully raise the country’s spirits up. Catrin Cole (Gemma Arterton) is brought in to write a screenplay on the “based on true events” story about two sisters who took their Uncle’s boat to rescue British troops from the beaches of Dunkirk. Working together with her sexist co-writer Tom Buckley (Sam Claflin), Catrin also has to contend with her financially struggling husband back at home (Jack Huston). As American actors, who can’t act, are brought in (Jake Lacy), aging actors make a fuss about their role within the film (Bill Nighy) and an unexpected romance begins to blossom between Catrin and Tom, “Their Finest” explores the joys and pleasures of filmmaking and life as a whole.

“Their Finest” is earnest in its storytelling and utilizes its cast to great effect in an effort to help convey that level of storytelling. Gemma Arterton is radiant, steely, witty and yet vulnerable as the woman screenwriter who not only has to contend with marital problems at home but also has to rise above her co-worker’s misogyny and sexism towards her. She is effortless in the role and you cannot take your eyes off of her when she’s on screen. The same goes for Bill Nighy who seems to be having a blast as the aging actor who is still full of energy and creativity. Sam Claflin is desirable as the male co-star of this film, with his charm and smooth talking lines of dialogue. He and Catrin develop a companionship that feels genuine and is something that you are really hoping to root for by the film’s third act.

“Their Finest” goes from being a mundane and typical period romance film to a much better film in the third act. There is a twist that takes place which changes the trajectory of the story, says more about the film’s themes and really drives home the emotion. Although based on a pre-existing novel Lissa Evans, the decision on how to end “Their Finest” might be its greatest asset. Some may complain that this film is too light in its approach or that its storytelling is something that we have seen before. However, I firmly believe that this is partially alleviated in the third act. Production values are all top notch and special mention should be directed towards the beautiful score by Rachel Portman.

Although “Their Finest” is a British film and not an American one, also a period piece and not a contemporary one, what the film is tackling is as relevant as ever. It shows us Catrin’s journey through both her personal and professional lives and how the two overlap each other with insightful, funny and tragic results. As a lover of cinema, how could I possibly not enjoy this film and its respect for the craft, its respect for the art and its respect for humanity?