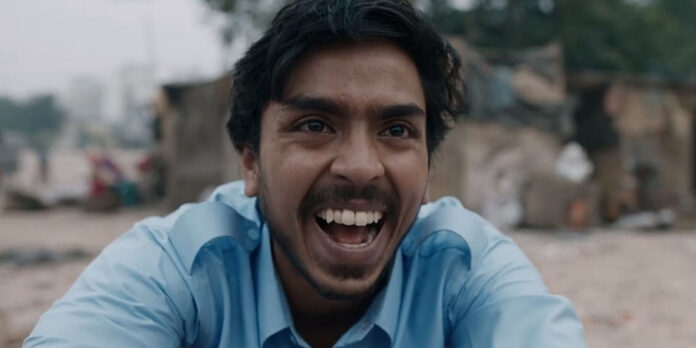 THE STORY – An ambitious Indian driver uses his wit and cunning to escape from poverty and rise to the top.

There’s something quite special when one feels granted the opportunity to not only see a great story unfold but also get a glimpse into a world that previously felt unfamiliar. Many times, this comes in the form of exploring countries that are foreign to a particular viewer and the chance to see how characters behave within a different culture is interesting to watch. The success of such endeavors often depends on the collection of talent assembled to tell such a story. There have been films similar to “The White Tiger” in the past that have tried to showcase a specific study but come up short due to their own perspectives. Fortunately, what’s presented here is a rich character study that is appropriately tailored to a captivating cultural commentary.

Based on the bestselling novel, the film tackles the story of Balram (Adarsh Gourav) and his ascension from poverty to the establishment class. At first, Balram is nothing more than a poor, uneducated worker in the slums of India, but he’s driven by a strong ambition to rise in rank. He seizes an opportunity to become the driver for a wealthy family that lords over his village. Eventually, he is welcomed into the good graces of his employer’s son Ashok (Rajkummar Ro) and his wife Pinky (Priyanka Chopra). The young couple help to inspire his personal growth and teach him to understand the political maneuvers one must make. When a darker chapter is eventually encountered, Balram becomes even more ruthless in his quest for power and takes every opportunity for advancement, no matter how high the cost.

The two halves of this film embody very different tones and it’s quite the task that director Ramin Bahrani manages to accomplish to keep the storytelling engaging. There’s an energy that permeates through the first chapter that provides a kinetic momentum that is completely inviting—employing slick editing and an alluring score, the filmmaking crafts an intriguing premise that pulls one into a gripping character study. When the mood shifts to a more somber exploration, that momentum does ease up and truthfully, never fully recaptures the spirited narrative that came before. Still, the direction makes the complete journey worthwhile as it examines an interesting commentary.

The commentary is deftly mined in Bahari’s adapted screenplay from Aravind Adiga’s book, which looks to expose the complex tiers of oppression that exist within this particular culture. The manner in which the screenplay indicates the multiple levels of the caste system that is so heavily internalized is quite compelling. It’s also stimulating to see structures of exploitation being utilized by those on the surface that would appear to be advocates against it. This is the greatest strength of the film’s comments here and it’s a rich landscape of strong themes that emphasize a provocative world that easily preys on the weak and powerless until an individual grasps their destiny. Despite some plot contrivances and an often-overbearing narration, the story itself is alive with a sobering viewpoint that makes the spectacle all the more poignant and absorbing.

As the entire crux of the film’s plot revolves around the character Balram, it’s incumbent on Gouray’s performance to carry most of the weight. Fortunately, he delivers a powerfully mesmerizing turn that displays both a playful charm and a dangerous menace. It’s a rags-to-riches arc that may be somewhat familiar, but Gouray finds all the shades necessary to create a layered portrayal that is fascinating to observe. There is not a moment where he is not the most interesting person to watch and he delivers terrific work throughout. Most of the ensemble are good players, though none make as much of a significant impact. Ro has an infectious charisma but struggles to deliver more emotional moments, and Chopra should be given credit for the scenes where she must access effective drama in a pretty shallow character. They are examples of a cast that are doing serviceable work but are mostly pale in comparison to Gouray’s spotlight.

Many may find “The White Tiger” to be a film full of vitality that soon tapers off significantly as the story progresses. The pacing slows down in its second half, which makes the plot less engaging. However, that doesn’t mean that what is explored throughout isn’t an impressive display. One is still invested in this tale of characters understanding the rules by which systems of power are manipulated. It’s that thematic analysis that makes the story compelling and the filmmaking appealing. All of this revolves around a bravado performance from its leading star. It all adds up to a riveting experience that is very rewarding to investigate.