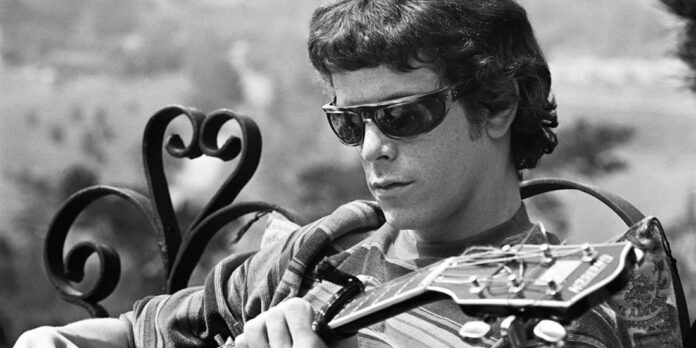 THE STORY – The Velvet Underground created a new sound that changed the world of music, cementing its place as one of rock and roll’s most revered bands. Directed with the era’s avant-garde spirit by Todd Haynes, this kaleidoscopic oral history combines exclusive interviews with dazzling archival footage.

Todd Haynes consistently crafts a unique visual style in his films, often evoking a distinct era. In collaboration with cinematographer Ed Lachman, period pieces like “Far From Heaven,” “I’m Not There,” and “Carol” are all deeply researched, perfectly emulating their time periods while bringing new insight to the era. It seems only natural that Haynes would one day enter the world of documentaries. “The Velvet Underground” explores the art and times that shaped one of the most influential bands of the sixties, told with the specificity and distinctive lens that only Haynes can bring.

The Velvet Underground was formed in New York City in 1964, though that’s not where the story begins. More than focusing on the nuts and bolts of the story that brought Lou Reed, John Cale, and the others together, the art scene in New York City takes center stage. It was a formative time in American popular culture, inextricably tied to the formation of the band. Artists like La Monte Young, Jonas Mekas, Marian Zazeela, and eventually, Andy Warhol played a vital role in the band’s artistic development. It’s a rich, deeply satisfying angle for a music documentary. Haynes does spend time on the plot beats of The Velvet Underground’s story, but we come away with a deeper appreciation for the culture that surrounded them, created them, and learned from them.

Many music documentaries can seem so modern, clearly bringing the eye of the 21st Century back into an earlier time. Instead, “The Velvet Underground” captures the style and mood of this culture through brilliant editing of archival footage and new talking heads. Essentially, the entire film is split-screen, with multiple images laid out on the screen, often layered on top of one another. Much of the documentary features intimate, unblinking, extended close-ups of the band members, filmed by Warhol himself as part of his “Screen Tests” series. It’s almost avant-garde, full of texture and movement – alive and commanding your attention. New talking head interviews are interspersed throughout, but the film primarily relies on their audio, keeping us fixated on the imagery from the sixties. This visual style sets “The Velvet Underground” miles apart from the traditional music documentary.

With this method, the film does its best to avoid tropes. The visuals are pitch-perfect for the subjects, though the plot can often feel like most other rock-and-roll stories. Their story is the story, so it’s a challenging task to avoid feeling familiar. The band comes together, they find success, and eventually, things drive them apart. And yet, Haynes avoids a linear progression of their journey. Like me, those unfamiliar with The Velvet Underground may leave the film without a complete sense of their journey, but we leave with a greater understanding of their place in the culture – a piece of something bigger than just one group. “The Velvet Underground” doesn’t dive into the specificities of what happened after the band broke up. It’s much more interested in exploring this space, this time, and the elements of their art that would influence generations to come.

Haynes’ use of the documentary medium is as remarkable as one might expect from the acclaimed director. The use of sound and image revolts against the traditions of the music documentaries genre, opting instead for an appropriately creative journey. While it may not win new fans for The Velvet Underground, it may ignite an interest in the art scene of New York City in the sixties and of Warhol and his ilk. Hopefully, “The Velvet Underground” is the first in a line of future documentaries from Haynes.