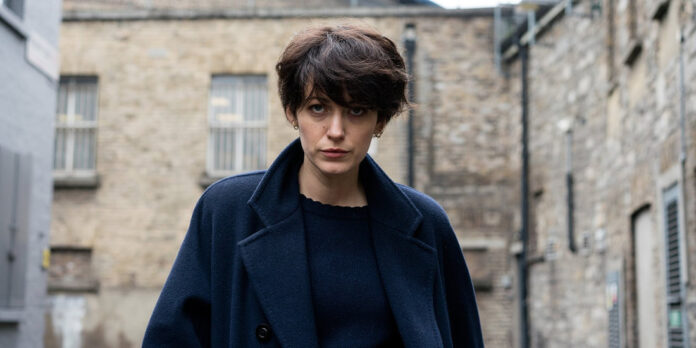 THE STORY – Stephanie Patrick veers down a path of self-destruction after a tragic plane crash kills her family. When Stephanie discovers it wasn’t an accident, she soon embarks on a bloody quest for revenge to punish those responsible.
​
THE CAST – Blake Lively, Jude Law & Sterling K. Brown
​
THE TEAM – Reed Morano (Director) & Mark Burnell (Writer)

​​​​​Poor Stephanie Patrick. She lost her entire family in a plane crash a couple of years ago, and now the girl, who was at the top of her class at Oxford, is working in a brothel and taking as many drugs as she can to dull the pain. When she meets a freelance journalist who tells her that the plane crash was caused by a bomb and that the man who made it is still alive and roaming the streets of London, something stirs inside her. She’s going to pull at this lifeline until she has untangled every single last thread.

The setup for Reed Morano’s “The Rhythm Section” reads like the setup for a hundred other revenge thrillers, but it doesn’t play that way on film. The entire first act of the film is a bit of an endurance test for the audience; one of the more difficult, ambitious, confusing first acts of any film in recent memory. For much of the first fifteen minutes or so, there’s barely any dialogue. Mark Burnell’s screenplay only giving us the barest bits of expository dialogue as Morano cuts back and forth between Stephanie’s golden-hued memories and her grimy, grungy present. It’s not all that difficult to follow, but the editing puts the audience entirely off-kilter from the very first frame. The film’s rhythm, unfortunately, is off, and it doesn’t find it until after Stephanie finds Jude Law’s ex-MI6 agent (and her journalist’s confidential source “B”) and has him train her so that she can go after the men who blew up the plane. Only then does the film’s masochistic wallow in misery let up.

The darkness of that first act never goes away completely, though, and that’s as good a testament as any to Blake Lively’s fully committed performance. She burrows under Stephanie’s skin, showing us what the devastation of such a massive loss looks like, both inside and out. When she tells B that she has nothing left to lose, including her life, she makes you feel the weariness of rock bottom and the desperation to pull herself up from it. To the extent that “The Rhythm Section” works, it can mostly be placed at Lively’s feet.

Morano and cinematographer Sean Bobbitt deserve some credit, of course, mostly for the film’s centerpiece: A dazzling one-take (or “one-take,” if you prefer) car chase that will leave you breathless. Morano, a former cinematographer herself, has a keen eye, and Bobbitt is obviously invigorated by the challenge. The camera’s in constant motion inside Stephanie’s car as she dodges pedestrians and other cars, gets shot at and gets run off the road, yet it’s always completely clear what’s happening, who’s where, and what the next obstacle is going to be. It’s a masterful sequence.

Unfortunately, everything else in the back half of “The Rhythm Section” is boilerplate spy revenge thriller, including one last twist that comes with little explanation and is given absolutely no weight. It would be one thing if this particular plot point wasn’t important to the story the film is ultimately trying to tell, but what comes after doesn’t offer any compelling non-spy stuff to make that case, nor does it recontextualize anything we’ve seen previously. And here, I think, is the film’s ultimate problem: Morano is more interested in telling a story about loss and overcoming grief, but the screenplay lost interest in that the second Stephanie started training with B. While there’s lip service paid to the idea that she can’t bring herself to go through with killing one of her targets, there’s no real follow-through on it. At one hour and forty-nine minutes, the film could have withstood a few extra minutes of character development in the back half to better connect the first and second acts. Instead, it decides to just stick with the spy thriller stuff. While the film mostly does well with that, it’s all stuff we’ve seen hundreds of times before, and done better.

That car chase is pretty damn awesome, though.