The Power Of The Sweep 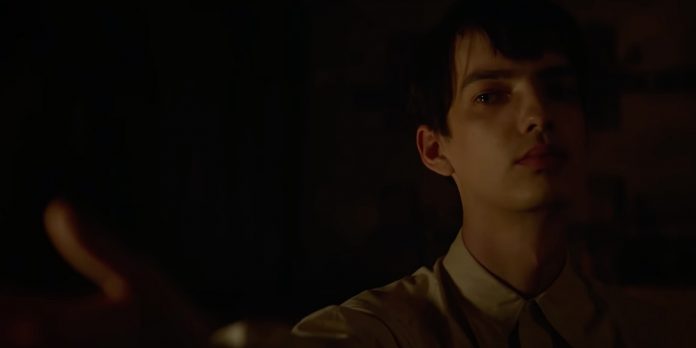 Being the nomination leader doesn’t immediately mean that a film will win Best Picture or the most Oscars. The last movie to do so was “The Shape of Water” in 2017, when it had thirteen nominations and won four, including Best Director for Guillermo del Toro. “La La Land” famously lost to “Moonlight” when it led with a record-tying fourteen nominations, though it did receive six Oscars in the end, the most out of any film that year. All of this to say, having the most nominations doesn’t mean as much as it once did with the Academy; look at “Parasite,” with only six nominations, it went up against movies with as high as eleven nominations and still won Best Picture. That’s because what’s more important than having the most nominations is looking for signs of broad support throughout all branches of the Academy.

The Best Film Editing nomination that “The Power of the Dog” received and the fact that “Belfast” did not receive one is a big deal. Besides “Birdman,” which was a special case altogether due to it being made to look like one long take, the last film to win Best Picture without an editing nomination was “Ordinary People” all the way back in 1980. Unless “Belfast” is going to break a forty-plus year statistic, that’s a death knell for its Best Picture chances. There’s another crowd-pleasing film that did receive a Best Film Editing nomination instead, though, which was “King Richard.” Scoring nominations everywhere it possibly could’ve, it’s possible that it may replace “Belfast” as the crowd-pleasing runner up to “The Power of the Dog” in the Best Picture race.

Back in March of 1994, Steven Spielberg was the frontrunner to win Best Picture and Best Director for “Schindler’s List,” both of which he later won. Right behind him was Jane Campion, who became the second woman to receive a Best Director nomination for “The Piano.” Now the tables have turned, and Jane Campion is the frontrunner to win Best Director. With all the respect and admiration Campion has garnered from her fellow directors over the years, and unless Kenneth Branagh pulls a major upset at DGA, the runway is clear for her to become the third woman to win Best Director and the second in a row after last year when Chole Zhao won for “Nomadland.”

There is a big question about how “The Power of the Dog” will perform on the preferential ballot. It is a challenging film that’s not for everyone and could rank high or low on voters’ ballots depending on what kind of cinema they’re into. If it loses at PGA to something else, then it’s at risk of losing at the Oscars (depending on which film it loses to). It would not be a done deal if it were to lose at PGA, though, “Spotlight,” “Moonlight,” and “Parasite” all lost at PGA and still went on to win Best Picture. A film needs many number two and three placements on ballots to win Best Picture ultimately. Judging by the widespread support it got from every branch of the Academy, “The Power of the Dog” is clearly well-liked, and that support could go all the way to the end of the season. We’ve already seen a preview of this with the critics’ precursors going wild over Jane Campion’s film, giving it many wins across different categories, to the point you’d think critics didn’t see any other movies in 2021. Unless the Academy still has members who have a grudge against rewarding a Netflix film, it is still possible for “The Power of the Dog” could go all the way and give the streaming service its first win in the illustrious category. Still, with the way the industry as a whole is heading, the Academy will eventually have to drop this grudge. Maybe not this year but very soon.

There’s still a long season ahead for “The Power of the Dog,” and fatigue can set in if it keeps on winning in such a dominant fashion. We saw this happen last year a little bit with “Nomadland’s” utter dominance over the entire season from the film festival prizes, to the critics’ precursors, to the guild awards and all the way to the Oscars. However, voters were more apathetic last year, and turnout was likely low, which means a backlash against “Nomadland” could never materialize in time for something else to dethrone it. “The Power of the Dog” currently stands a chance to win Best Picture, Best Director, Best Adapted Screenplay (all three would be wins for Jane Campion), Best Actor (Benedict Cumberbatch), Best Supporting Actor (Kodi Smit-McPhee), Best Cinematography (Ari Wegner could become the first female Best Cinematography Oscar winner), and Best Original Score (this would be Johnny Greenwood’s first Oscar win). Sure, it could pull in more, but these wins alone would make it the highest winning Best Picture winner since “The Hurt Locker” in 2009, which won six Oscars. Another film like “Belfast” or “King Richard” could still rise in the next six weeks ahead to pull away some wins, especially if they perform well at PGA and SAG. “Dune” is looking mighty competitive with “The Power of the Dog” in the below-the-line categories, and Kodi Smit-McPhee’s fate will be decided at SAG if he loses to Troy Kotsur for “CODA,” who still could build enough momentum in the homestretch leading to an Oscar win for the Apple crowd-pleaser. When the guilds start to hand out their awards, we’ll better understand how “The Power of the Dog” is holding up. But as of now, it is in a great position to win Best Picture, give Netflix its first Best Picture win and be the highest winning Best Picture winner in over a decade.

But what do you think? Do you think “The Power of the Dog” will sweep this awards season, or will another film upset it later down the line? How many Oscars are you predicting it to win? Be sure to check out our latest Oscar predictions here and let us know your thoughts in the comments section below or on our Twitter account.