“THE POSSESSION OF HANNAH GRACE” 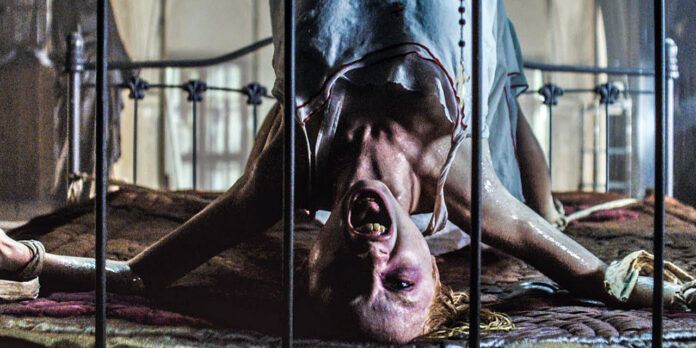 THE STORY – A shocking exorcism spirals out of control, claiming the life of a young woman. Months later, morgue worker Megan Reed takes delivery of a disfigured cadaver during the graveyard shift. Locked inside the basement corridors, Megan’s horrifying visions soon lead her to believe that the body is possessed by a demonic force.

​”The House With A Clock In Its Walls” is a lighthearted story that reminds us not only to be who we truly are but also to keep believing that there is still some magic in the world. The visuals of the film are nothing spectacular but definitely, some of the best work director Eli Roth has put on screen yet. While the film is full of joy and playfulness, it still is rocky in some places. Mainly the performance of Jack Black and the screenplay of the film. Roth’s writing is almost made up of strict exposition. Another downside the film has is its lack of tension. It does almost no legwork in terms of making us worried or fearful of what the characters in the film are afraid of. Other than those qualms, “The House With A Clock In Its Walls” is still a pretty solid and enjoyable film.

After the death of his mother and father in a car accident Lewis Barnavelt (Owen Vaccaro), is forced to move in with his uncle Jonathan Barnavelt (Jack Black). Jonathan spends most of his days with his next-door neighbor Florence Zimmerman (Cate Blanchett) doing what seems like just ridiculous, strange activities. Lewis discovers that the reason his uncle Jonathan and Mrs. Zimmerman are so strange is because they possess the ability to use magic. More specifically, the film refers to them as witches and warlocks. Ever since the death of his close friend Isaac Izard (Kyle MacLachlan), something has been off within Jonathan’s home. He hears the constant ticking of a clock that was left behind by Isaac in the final moments of his life. Worried that the clock is leading to something ominous, Jonathan, Florence, and in-training warlock Lewis must find the clock and destroy it before the evil of Isaac is unleashed.

The story of the film is pretty straightforward and offers a lot of great moments. The main trio of the film must figure out what the clock’s purpose is and stop it. Obviously many twists and turns are offered along the way in terms of what it is the clock is actually supposed to do. The film is adapted from a book of the same name written by John Bellairs in 1973. It does offer up a lot of magical and mystical moments but you cannot help but feel like there is something lacking. While the film does have themes that speak to being yourself and continuing to believe that magic exists in the world, no matter how dark things may seem, there is a certain level of complexity missing from the overall project.

While there are several moments exhibiting what the warlocks and witches can do, it all seems a tad minimal. The film constantly speaks to how certain characters were so powerful and know so much about the world of magic and all of the spells that these characters know, they only show a fraction of that. Now I know some would say that it’s only a film, and there wouldn’t be enough time to display the vast amount of knowledge these characters certainly have. While that is true, the dialogue constantly discusses how strong and terrifying certain characters are. It just seems foolish to talk these characters up as big, bad and powerful and then have them hardly show it off.

The mixed bag doesn’t stop there as Roth’s writing proves to still be a weakness. It does have some touching moments that make you feel for the characters and their persona’s, but overall it’s a pretty bad screenplay. Most of the dialogue that is spoken between characters is exposition in its purest form. It seems like the film was attempting to rely too heavily on its visuals and the overall feeling than to rather focus on the dialogue itself. The film is penned by Eric Kripke, a long time writer for the television show “Supernatural,” so it seems like he would be a perfect fit here. Kripke does handle the mystical portions of the script rather well, filling it with tons of youthful innocence and a yearning for discovery. But once it comes down to the conversations between the characters, it all seems to slip through his hands.

“The House With A Clock In Its Walls” is really heartwarming. It creates a certain warmth that fills you throughout its entire runtime and has an incredibly touching ending. With magic, monsters, and mystery at every corner of the film, it still is just simply about a boy trying to fit in with his surroundings. An outsider looking in, desperately trying to figure out his place within the confusing world. The overall message is incredibly positive and teaches us that no matter who we are, we shouldn’t try to be something that we aren’t.  Despite the stumbles in the writing, Eli Roth’s latest might be his best directing effort yet. While I know that isn’t saying much, he seems to be really at home with this kind of film: a simple story with lots of room to work visually. He knows what he wants to be doing with the camera and how to use it effectively, where in his past projects he’s had trouble keeping focus in certain shots. While his direction towards some of the actors, specifically Jack Black, is still a bit lackluster, he is showing improvement. He is starting to find his element in terms of character tropes and storytelling. It may be minimal, but surprisingly enough, youth horror might be more his thing than grotesque body horror.