“THE PERKS OF BEING A WALLFLOWER” 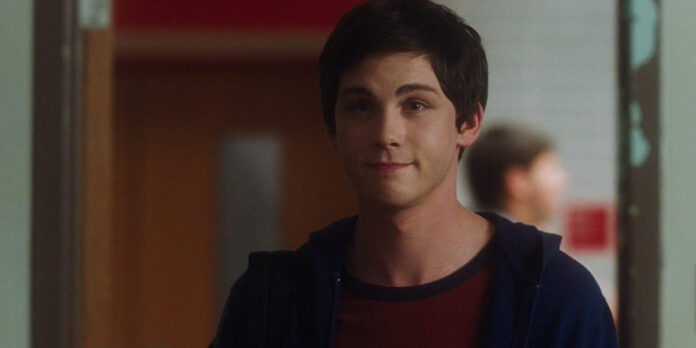 ​THE STORY – Socially awkward teen Charlie (Logan Lerman) is a wallflower, always watching life from the sidelines, until two charismatic students become his mentors. Free-spirited Sam (Emma Watson) and her stepbrother Patrick (Ezra Miller) help Charlie discover the joys of friendship, first love, music and more, while a teacher sparks Charlie’s dreams of becoming a writer. However, as his new friends prepare to leave for college, Charlie’s inner sadness threatens to shatter his newfound confidence.

​Nine years ago, before “Dear Evan Hansen” was even a concept, Stephen Chbosky directed a film about a teenage boy who writes letters to help deal with his mental health struggles. The success of “The Perks of Being a Wallflower” makes it very clear why Chbosky was chosen to direct the new movie musical, which touches on some of the same themes as his previous work. (Whether it does so as effectively, I have yet to see.)

What is unique about “The Perks of Being a Wallflower” is that Chbosky was adapting his book, both as writer and director, which had come out years before in 1999. Charlie (Logan Lerman) is a freshman in high school, eager to make a new start and move on from his hospitalization the year before. He struggles to make friends and find his place until he meets the unique and seemingly self-assured step-siblings Patrick (Ezra Miller) and Sam (Emma Watson). The two seniors take him into their friend group, and with them, he goes to parties, attends football games, and even takes part in a “Rocky Horror Picture Show” event. However, Charlie’s mental health issues remain a lingering presence, and when an incident distances him from the friend group, they return in full force. Throughout the film, Charlie has flashbacks of his Aunt Helen (Melanie Lynskey), who died in a car crash when he was younger.

“The Perks of Being a Wallflower” is mainly about relationships, particularly the kind that we have as teenagers when we’re still trying to figure out who we are and what we want from other people. Charlie is particularly troubled by watching people in his life, from Sam to Patrick to his sister Candace (Nina Dobrev), in toxic relationships. At one point, he asks, “Why do I and everyone I love pick people who treat us like we’re nothing?”

The film deals delicately with weighty topics, ranging from sexual assault to suicide to domestic abuse. It never feels exploitative and veers away from showing most of the potentially distressing content on screen. Characters are never defined by their struggles but are shown as multifaceted people. Perhaps because the film never tries to be edgy or dark, it feels easy to find something to relate to in it, even if your high school experience was different. It manages to be emotional without being overly sentimental or feel like it’s trying too hard to make a statement. Notably, Patrick is an explicitly queer character, and the film deals with the homophobia that he faces at school. But importantly, his friends accept him for who he is without question, which is hopefully an encouraging thing for young queer teens to see in a film as opposed to something like “Love, Simon,” in which him being gay creates conflict within his friend group.

“The Perks of Being a Wallflower” has a fantastic soundtrack, and music plays a significant role within the movie itself. Candace gives Charlie the mixtapes her boyfriend makes for her, and Sam also introduces him to music. One of the most memorable scenes in the film is when Sam and Patrick do their “living room routine” dance to “Come On, Eileen.” As Charlie watches them, you can feel his longing to have the kind of confidence and joy they have.

The performances in this film are fantastic all around. Rudd brings genuine empathy to a minor role, as does Joan Cusack as Charlie’s doctor. Watson and Miller are both incredibly charismatic and have fantastic chemistry as the step-sibling pair. Their dynamic together is so cohesive and magnetic that it’s easy to understand Charlie’s longing to be a part of it. Watson has several very moving scenes and is fantastic in the role, even if her accent slips at times. Miller is hard to look away from as he gives a performance that feels larger than life while still being grounded in reality. But it’s Lerman who is the true star of the show. From the scene where he accidentally eats a weed brownie to his severe bouts of PTSD, he nails every complex scene for this character. It’s a feat that many actors, especially at that young age, couldn’t have pulled off. Furthermore, he is able to make Charlie convincingly awkward so that the audience can believe he is a wallflower who gets bullied at school while still giving him a charm that endears him to the audience.

The film is better shot than many coming-of-age movies and has a very distinct look to it. The creative choices in the scenes in which Charlie is on drugs and the ones in which he is suffering from episodes of PTSD are particularly effective. Mr. Anderson tells Charlie, “We accept the love we think we deserve.” It’s a great example of not only the kind of emotion-inducing scenes of the film that can affect audiences of all ages but also the strength of the dialogue in this screenplay. Many who love this film can identify its iconic lines and moments — like the tunnel scene — even nine years after it came out. “The Perks of Being a Wallflower” is one of the best coming-of-age films ever made, from its strong performances from Lerman, Watson, and Miller to its eloquent but grounded screenplay.