The Oscar Power Of “The Power Of The Dog” 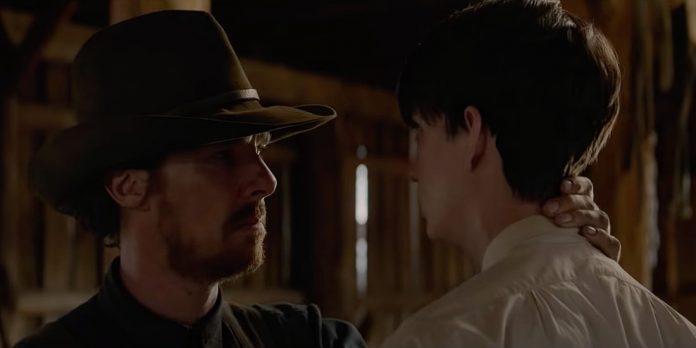 Jane Campion’s “The Power Of The Dog” has been a critical darling ever since it premiered at the Venice Film Festival. It was the only film to screen at every major fall festival and is in a prime position for success come Oscar nomination morning. However, “The Power Of The Dog” is a challenging film for an average Academy member to digest on a first viewing, with many stating that the film can only be fully appreciated after a second viewing. It’s slow, dark, and not exactly a barnburner of a film. Still, it has a lot going for it, even if it’s not a mainstream crowdpleaser such as “Belfast,” “King Richard,” or “West Side Story,” which are currently dominating the awards conversation.

A Best Picture nomination for Netflix four years in a row is currently very likely. “The Power Of The Dog” has enough respect and support to make it in a field of ten with relative ease. Its likely success during the upcoming precursors helps the film to be positioned as the critic’s favorite for the season. Even if something newer such as “Licorice Pizza” steals the critical mantle away from “The Power Of The Dog,” it will most likely still be the runner-up with plenty of awards and mentions. The chances of Jane Campion’s latest winning Best Picture is lower than odds at Gold Derby would have you believe, as it’s most likely going to be either at the top of voter’s ballots or it’s near the very bottom. In other words, it’s divisive. Look no further than Netflix’s 2018 Best Picture contender “Roma,” which also received high critical acclaim but could not win the top prize. The Best Picture winner has to be well-liked across the industry; even a dark and depressing film like “No Country for Old Men” was a thriller first and foremost and had a more exciting appeal to voters. “The Power Of The Dog” is not like that at all. It takes its time to get to where it’s going, and viewers have to really pay attention to fully understand what is happening with the characters and the story’s themes. People might compare this to “Nomadland” from last year, but there are significant differences between the two films. Chloe Zhao’s eventual Best Picture winner was the frontrunner in a very weak year due to the COVID-19 pandemic pushing many contenders into 2021 and is a straightforward film following one woman’s journey in a way that was relatable and universal.

Jane Campion is a beloved figure in the industry with a tremendous amount of respect, and rightfully so. Besides putting New Zealand on the filmmaking map long before Peter Jackson did, she was only the second woman to be nominated for Best Director for her 1993 Oscar-winning film “The Piano.” If nominated for “The Power Of The Dog,” she will become only the first woman ever to receive a second nomination for directing. Netflix has done a great job at making sure she is everywhere so far this awards season, and to her credit, she has been charming everyone with her insight, humanity, and sheer talent as a storyteller. She’s the kind of filmmaker the Academy loves to go for, and if they want to avoid a controversial director lineup with no female nominees after such a historic lineup last year, they’ll likely nominate her. With the amount of admiration and influence she has amongst her peers and after a long absence from directing on film since 2009’s “Bright Star,” a Best Director nomination is looking highly probable at the moment. She is, however, also looking really good to win Best Adapted Screenplay. The category isn’t as competitive as Original Screenplay at the moment, and the brilliantly layered adaptation from the Thomas Savage novel is precisely the kind of literary adaptation the writing branch of the Academy loves. Films like “Brokeback Mountain” and “Call Me by Your Name” have won this category, and while not the same kind of movie as “The Power Of The Dog,” these two films have a similar style of pacing and leave a lot of emotions unsaid among characters, allowing the audience to fill in the blanks, making for a highly intellectual and rewarding experience (if audiences are willing to put in the work). If she wins, she will be one of the very few to win both writing categories (having previously won for Best Original Screenplay with “The Piano”) and the first woman to win both. Either way, you look at it, Jane Campion will most likely make history this awards season.

When it comes to acting, Benedict Cumberbatch, who is having a banner year with acclaimed performances in this, “The Courier,” “The Electrical Life Of Louis Wain” and soon to be seen in the upcoming “Spider-Man: No Way Home,” is firmly in the top five for Best Actor. He will show up in nearly every precursor, but many are currently predicting Will Smith will likely steamroll everyone come the televised awards. However, there is a strong chance of Cumberbatch upsetting Smith at BAFTA for the win, which could give him a surge of momentum at the last minute, the same way Anthony Hopkins received similar recognition on his home turf for his incredible performance in “The Father.” Even though the BAFTA’s have made great strides at making sure people of color get at least nominated for top categories, the voting body is still very white and very British. Meaning given a chance to reward Will Smith or one of their own, they are prone to choose the latter.

Kristen Dunst has been campaigning hard for a Best Supporting Actress nomination, having attended nearly every festival, Q&A, and event. She’s firmly in the top five, but the category is very strange this year and unpredictable, less so than Supporting Actor. Hopefully, the precursors will help clarify where the category is heading. Dunst could show up everywhere but miss the nomination, or the opposite could happen where she’s missing some key precursors but shows up come Oscar nomination morning, same as Amanda Seyfried did last year for Netflix’s major Oscar contender, “Mank.” It’s hard to imagine that, like Seyfriend, Dunst is seeking her first Oscar nomination, but such a high-profile project and campaign willingness could push her into the lineup.

Both Jesse Plemons and Kodi Smit-McPhee are looking for their first nominations as well in the Best Supporting Actor category. It’s a crazy year for Best Supporting Actor where anything can happen, but it’s more likely Kodi Smit-McPhee gets in as his subtle performance benefits from repeated viewings of the film. But will voters recognize the brilliance of McPhee’s work on a first go-around? Will they even bother to watch it a second time to appreciate the careful effort that went into such a layered and interior character? Voters may single out Campion’s writing or directing as the highlight for his performance instead of acknowledging the young performer himself. The jury is still out on this one, but precursor support could be immensely helpful for McPhee.

If you have been keeping track, the possible nomination total for “The Power Of The Dog” is hovering around six or seven nominations on its best day. But we’re not done! On top of all of the above-the-line categories, “The Power Of The Dog” is a superbly crafted film below-the-line. Johnny Greenwood is having one hell of the year with two phenomenal scores in serious contention for Oscar nominations, with this film and his work on Pablo Larrain’s “Spencer.” At the moment, he’s being predicted to get nominated for both scores, but should that happen, he might end up canceling himself out for a win, and another film, such as Hans Zimmer’s epic work on “Dune,” could end up taking the top prize in the end. It’s still early in the season, and nothing is set in stone, but that’s how most prognosticators are seeing this category going. If the film is a top five contender, we also need to consider it for a Best Film Editing nomination, but if flasher late-breaking contenders like “Don’t Look Up,” “West Side Story,” and “Nightmare Alley” start to gain traction, then its chances are in big trouble. It’s not a rapid-fire editing showcase, which the editor’s branch typically tends to gravitate towards, but it’s well done enough to still be in the conversation. And finally, Ari Wagner’s beautiful photography shouldn’t be ignored. It’s stunning work and is a chance to reward another female cinematographer after Rachel Morrison received the first nomination for a woman in this category with her equally stunning work on Netflix’s 2017 Oscar contender “Mudbound.” It’s embarrassing that in almost one hundred years, the Academy has not recognized more female cinematographers. Netflix has had Wagner at nearly every Q&A and event for “The Power Of The Dog” during its film festival run to remind voting members that she deserves to be in contention. Should the Academy embrace the film as we suspect they will, she should be able to squeeze into the lineup with her gorgeous mountain vistas and dusty Montana ranches.

Have you seen “The Power Of The Dog” yet? If so, what did you think? What are your current predictions for how the film will perform on Oscar nomination morning? Check out the Next Best Picture team’s current Oscar predictions here. Let us know your thoughts in the comments section below or on our Twitter account.