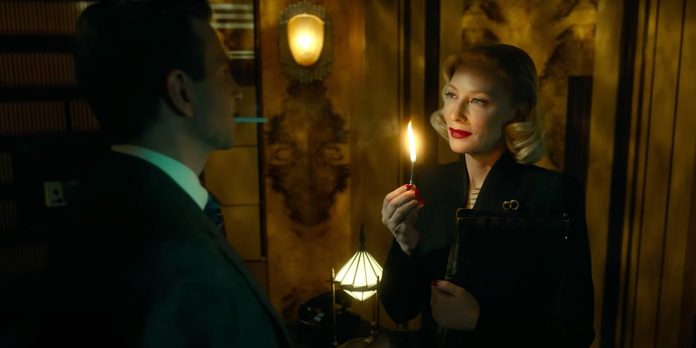 ​​The last few unseen contenders have unveiled themselves as we finally enter the precursor part of awards season. Steven Spielberg’s “West Side Story” premiered on Monday, giving us a look at a formidable Best Picture contender. Now, days later, the first screenings of Guillermo del Toro’s “Nightmare Alley” took place across the country. As first reactions and reviews came in, the film’s awards potential became clearer. Will it break into the Best Picture race? Could anyone from the large ensemble score a nomination? Is this the technical achievement of the year? Let’s break down the awards potential for “Nightmare Alley.”

Not only is “Nightmare Alley” del Toro’s first film in four years, but it’s also his follow-up to his Best Picture/Best Director Oscar winner, “The Shape of Water.” That’s a tough act to follow up, as expectations were very high for del Toro’s take on the 1946 novel of the same name. While there are more apparent prospects for some of the crafts and performances, a Best Picture nomination could go either way. Initial reactions were certainly positive, though they weren’t nearly as rapturous as “West Side Story” just two days earlier, nor did they seem quite as positive as “Licorice Pizza” or even “Being The Ricardos” among other recent premieres. Late-breaking contenders need to make a massive splash in the race to dwarf some of the competitors we’ve already seen for the last few months, and “Nightmare Alley” may not have done that.

To be clear, a Best Picture nomination is still possible. Films from auteurs like del Toro can often have a leg up in breaking into the Best Picture lineup on name recognition alone if they’re well-received. Plus, if it receives its fair share of nominations elsewhere, it might still crack the lineup in a field of ten. “Nightmare Alley” may not be quite as well-received as a film like “C’mon C’mon,” also vying for one of those last Best Picture openings. However, del Toro’s previous Oscar success with “The Shape of Water” may make it easier to snag a nomination (what we call being in the “honeymoon” phase with Academy voters). But, if things don’t go well, “Nightmare Alley” may see a similar path to Barry Jenkins’ “If Beale Street Could Talk.” Also, a Best Picture follow-up, Jenkins’ film remained on the edges of the Best Picture race all season while staying highly competitive in other categories, like Best Supporting Actress for Regina King (which she would ultimately go on to win). In the end, the film failed to score a Best Picture nomination but scored three other nominations, including Best Adapted Screenplay and Best Original Score. Many believe “If Beale Street Could Talk” barely missed a Best Picture nomination, and although “Nightmare Alley” is sure to score at least a few nominations, Best Picture isn’t guaranteed.

The first reactions were clear about one thing, however: the technical crafts behind del Toro’s vision are detailed and exquisite. Some even declared that the race for Best Production Design is over and “Nightmare Alley” is a lock to win at least one Oscar. While that may be premature, the work is certainly impressive. It’s hard to imagine the film missing a nomination in this particular category, featuring incredibly expansive circus sets that don’t feel kitschy or recycled, along with stunningly decorative sets featuring little details which enrich the world del Toro has created. As with many of the craft categories this year, “Dune,” “West Side Story,” and “Nightmare Alley” will have a tough battle for the win here, but it’s likely this the best shot that “Nightmare Alley” has for winning an Oscar.

Besides Best Production Design, almost all of the other craft categories are in play as well. Dan Lautsen’s cinematography received specific praise for its atmosphere, combining vivid, saturated colors with the dark shadows of the noir genre. Genuine film noir is rare these days, and Lautsen and del Toro have a wonderful sandbox to play in here. The roaming camerawork, often wide-angled, with striking shadows, is some of the best of the year. The costume design and hair and makeup are gritty, grimy, and feel perfectly natural to both the film’s first half, which takes place primarily at the carnival and the second half, which takes place in 1940’s upper society New York. Composer Nathan Johnson, who replaced Alexandre Desplat at the last minute, provided a killer score featuring haunting piano work and dark undertones that never felt forced. He, too, might be in store for his first Oscar nomination. Lastly, the film’s sound work is absolutely incredible. With only five slots, though, it may be tough for it to stand out amongst more prominent big blockbusters such as “No Time To Die” or the upcoming “The Matrix Resurrections.” Overall, “Nightmare Alley” could overperform and land in all these categories, but for now, Best Cinematography and Best Costume Design seem to be the likelier bets.

And what about other above-the-line categories? Best Director seems less likely, despite del Toro’s auteur status, given the highly competitive nature of the category thus far. However, Best Adapted Screenplay is a far more open category, and I could see an adaptation like “Nightmare Alley” break in. Also, like “If Beale Street Could Talk,” “Nightmare Alley” could miss Best Picture and Best Director nominations and still score a Best Adapted Screenplay nomination, though most of the praise for the film has been reserved for its crafts and performances, and less so the writing.

And now, finally, we come to the phenomenal ensemble. Despite the talented cast, only two performers stand any chance at awards recognition. Bradley Cooper delivers a gripping, if understated, excellent performance that takes his character on an epic journey from where we first meet him to where he ends up in the film’s unforgettable final shot. However, the performance isn’t quite enough to break up the more established contenders, such as Will Smith (“King Richard“), Benedict Cumberbatch (“The Power of the Dog“), and Andrew Garfield (“Tick, Tick… BOOM!“). Personally, I think it’s unlikely he scores a nomination. On the other hand, Cate Blanchett was repeatedly cited as a scene-stealer and a perfect fit for the femme fatale role in a film noir. Many competitors already have a stronghold on the Best Supporting Actress category, but Blanchett stands a real shot at getting in at the last moment. The two-time Oscar winner has a lot of love in the Academy, and this sexy, powerful and mysterious role could easily snag her eighth nomination.

This early buzz may not promise a top-tier contender for del Toro, but it will duke it out with “Dune,” “West Side Story,” and “The French Dispatch” in many of the craft categories. A good day could see 7-8 nominations for “Nightmare Alley,” but a respectable 3-5 seems more likely at this early stage in the race.

What nominations are you predicting for “Nightmare Alley?” Do you think Blanchett could break into Best Supporting Actress? Is the Best Production Design race over? Let us know your thoughts in the comments section below or on our Twitter account.
​
​You can follow Daniel and hear more of his thoughts on the Oscars and Film on Twitter at @howatdk