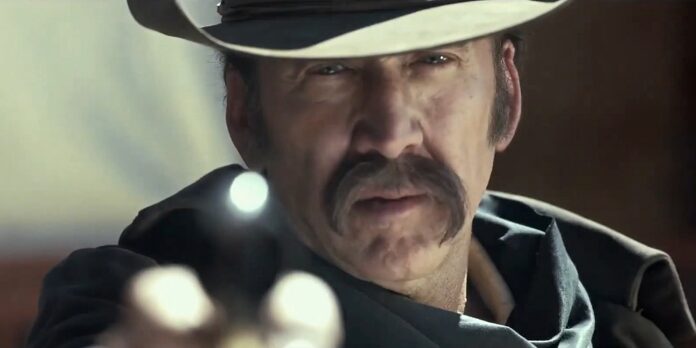 THE STORY – Retired gunslinger Colton Briggs faces the consequences of his past when the son of a man he murdered arrives to take his revenge. Briggs must take up arms once more after his wife is killed, and is joined by his young daughter.

Nicholas Cage has had quite the revival for a Hollywood legend. From balancing an endless wave of straight-to-RedBox features to consciously picking weirdly unique indies such as “Mandy,” it seemed the Academy Award winner wanted to make a new lane for himself over the last few years. The 2021 film “Pig” garnered unanimous praise for Cage, even earning him awards season hype and a Critics’ Choice nomination. Last year’s satirical romp of the actor’s own career, “The Unbearable Weight of Massive Talent,” proved that Cage is here to stay – for good. With his obvious enjoyment in exploring different genres, it makes perfect sense for him to take on the Western and really show the gravitas an actor of his status can still bring. Unfortunately, “The Old Way” isn’t a film that fits in with the bold and unpredictable choices the actor has made over the past few years.

Right from the get-go, you know exactly what kind of film you’re signing up for. Brett Donowho’s “The Old Way” is a simple story about a former gunslinger, Colton Briggs (Nicholas Cage), struggling with life as an ordinary civilian. He’s a shop owner and a family man enduring the repetitive mundanities of life. One day, this all changes, as Briggs’s family comes under tragedy from the consequences of his past. Now wanting revenge, he and his twelve-year-old daughter, Brooke (played by Ryan Kiera Armstrong), go on the hunt together. It’s nothing you haven’t seen before; the narrative about a wandering warrior and their lone cub has played out in films and on television for decades. In recent years, this type of relationship has been seen a lot more, making the characters’ arcs and where they’ll end up very predictable to viewers. A large majority of “The Old Way” focuses on this father/daughter relationship and how it evolves throughout the film’s 95-minute runtime. So, it’s a shame that despite focusing so much on these characters, the lack of depth given to them in Carl W. Lucas’s screenplay does the actors no favors in making their relationship engaging.

Cage and Armstrong try their best, but they have little rapport. It’s very appreciated that Cage attempts to go for a more reserved performance compared to the usual loud and boisterous. Briggs is a character that’s very cold and emotionally distant from Brooke. He’s a shell of a human that’s supposed to warm up to her as the film goes on and as their relationship develops. Since the screenplay lacks any kind of depth, it only hinders Cage’s performance, making him come off as wooden. Cage’s physical presence helps sell his character despite where the screenplay fails him.

Noah Le Gros and Nick Searcy deliver only slightly engaging performances. Le Gros plays James McCallister, the film’s villain who has deeply tied motivations to Briggs’s time as a gunslinger. Le Gros easily captures the sleazy nature of his character to make the audience hate the villain successfully. However, like everyone else, Le Gros can only take it so far due to the one-dimensional writing of his character. Searcy plays Marshall Jarret, who had his own encounters with the former man that Briggs used to be. It seems Searcy is one of the few cast members who knows what type of film they’re making. If you’ve ever watched the series “Justified,” you’ll know that this is just the type of role Searcy was born to play, with his maximum B Western energy.

The film itself feels unrealized. Donowho (who grew up as a Texan) appreciates the myth of the cowboy in its almost “saintlike” qualities. You get glimpses of that as you see Cage and Armstrong ride along beautiful sceneries and landscapes. Although it looks pretty, the cinematography fails to capture a sustained atmosphere that pulls the viewer in. It also doesn’t help that most of the action sequences aren’t the most gripping to watch. A sad mixture of lackluster camerawork and questionable editing choices keeps every gunfight from being exceptional. At times, it even feels like the action is happening for the sake of action. It would have been more beneficial to see Briggs and his daughter’s relationship develop in more depth. At the very least, the film does have a brief runtime.

“The Old Way” isn’t some Oscar-bait film that deems to break down the barriers of traditional Westerns. It’s pure low-budget genre filmmaking at its core. For better or for worse, you know exactly what you’re getting, which is often enough when you need a distraction at Sunday brunch with the grandparents. 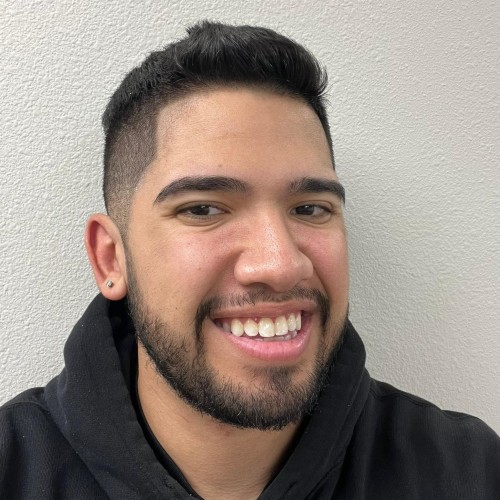