The Next Best Picture Podcast – Interview With “The French Dispatch” Cinematographer, Robert Yeoman 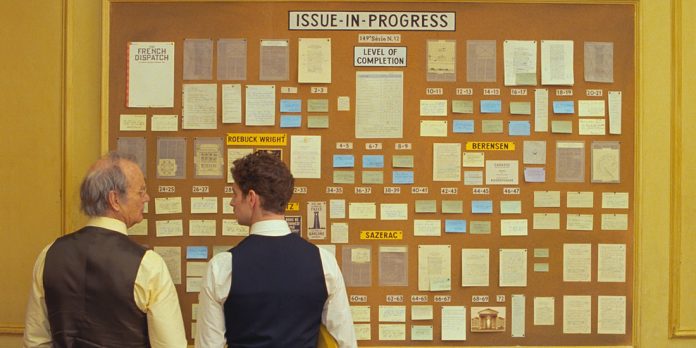 ​By Will Mavity
​
Wes Anderson’s “The French Dispatch” was meant to premiere at last year’s Cannes Film Festival but was delayed due to the COVID-19 pandemic. It finally premiered at this year’s Cannes Film Festival, then made its way to the Telluride and New York Film Festivals before coming to theaters, and is now available to watch at home on digital and Blu Ray. The film is a visual feast which isn’t surprising considering cinematographer Robert Yeoman has been Anderson’s secret weapon in his filmography going back to “Bottle Rocket” in 1996. Yeoman was previously nominated for an Oscar for his previous collaboration with Anderson on “The Grand Budapest Hotel,” and their latest offering might even be better! Yeoman was kind enough to take time out of shooting their upcoming film “Asteroid City” to talk about his work on the film, working in black-and-white, his friendship with Anderson, and much more! We hope you enjoy this look into one of the most visually splendid-looking films of the year.