The Movies That Scared Me The Most 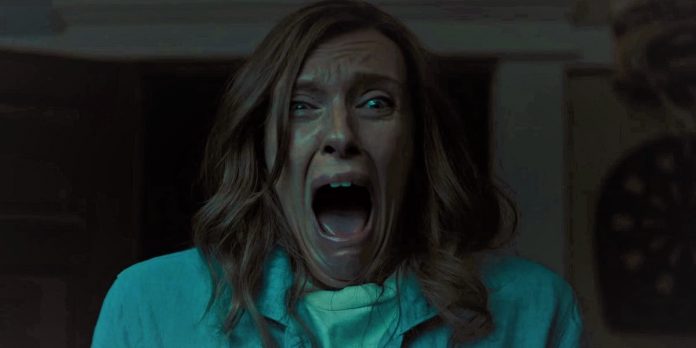 I’m a spooky guy. Anyone who knows me knows that this time of year is when I’m usually thriving the most. When there’s an autumnal feeling in the air, I’m truly at my happiest, and my love of horror movies is a year-round obsession (I even host a podcast called Halloweeners: A Horror Movie Podcast, check us out!). But the funny thing is, not a lot of movies scare me anymore. It might be because I’ve seen so many of them or maybe it’s just the person I’ve become, but I’ve found that even horror movies I enjoy a lot are more fun than truly frightening; however, there are a select number of films that truly terrified me, whether it was only from the first viewing as a child or something about the film that gets me every time. I now present to you a list of the movies that have scared me the most in my life. “Scariest” is not the same as “best” when it comes to horror movies, and some perennial favorites of mine are missing here while some movies that I think are just okay still manage to really affect me.

I caught this Stanley Kubrick haunted house masterpiece on TV at a much-too-young age, and Kubrick’s legendary use of striking horror iconography both captivated and terrified me. Part of what is most frightening about this movie is how briefly we are allowed to see the scary images; the flash of the brutally murdered young girls, the bizarrely off-putting bear-costume-man, the cobwebbed skeletons that suddenly appear in the hotel lobby, the bloody party guest who toasts Wendy, they all embedded themselves in my young mind. The brevity of these images makes them even more frightening because we’re not allowed adequate time to process or come up with an explanation for what we’re seeing, and this is even scarier when you’re a budding young horror fan just developing his taste for all things spooky.

The Exorcism Of Emily Rose

This film has the distinction of being the first horror film I saw in theaters. I have revisited it since then and found it significantly less frightening, but I have to give credit to this PG-13 mid-2000s courtroom horror for helping to further solidify my love of scary movies. The overall grimness of the film, combined with some scary images that spooked my younger self helped bring an unending sense of dread to the whole experience. Plus, since I was watching it in a theater, it was the first time that I couldn’t just pause the movie or stop watching it if it scared me too much. If you haven’t seen this one, give it a watch! It has a spooky vibe to it that makes it perfect viewing for Halloween time.

This is yet another childhood viewing that really affected me. I watched this at such a young age that I was still impressionable enough to suspect that the found footage used in the film could be real. The famous ending left me so utterly terrified that I remember shaking when the movie was over, and I scrambled to the IMDb forums (RIP) to make sure that I didn’t just watch a snuff film. It still somehow scares me to this day, especially the sense of utter hopelessness that the characters succumb to as the film goes on. From its brilliant use of low-budget sound effects and cinematography to some seriously spooky art direction and images in the final act, it’s one of my favorite horror movies.

This one is unique because the first time I watched “The Exorcist,” it didn’t scare me. After years of reading and hearing about “the scariest movie ever made,” when I finally watched it, my teenaged self was surprised to find it was a shockingly deliberately-paced psychological thriller rather than the unrelenting barrage of unbelievably scary moments and jump scares that I was expecting. But as I’ve grown up and watched it multiple times since, I find the slow, dreadful build-up to the cacophonous exorcism scene absolutely terrifying. Unlike the characters in the film, we know this is a horror story, so seemingly innocuous moments, such as an overactive Ouija board or unseen “rats” in the attic, have an even greater impact on us as viewers. Plus it has some of the most singularly unnerving horror images in film history, most notably the demonic faces that cut in and out of frame so quickly that you feel like you’re being haunted by a force from hell.

Not to be too mean, but this might be the worst film on this list that still manages to scare me. While I do enjoy it overall, “Paranormal Activity” does have some moments of questionable dialogue and suspect acting choices. That being said, watching it for the first time in a packed theater of people who were not yet sick of the found footage gimmick was one of my favorite movie-going experiences ever. The way the film trains you to fear the nighttime, especially when the fast-forwarded time jumps slow down, is pretty damn effective. And with the illusion of it being real found footage (helped by the fact that the credits after the movie are so minimal), the tiniest moments of a door opening by itself or a blanket moving across a bed are so uniquely spooky in ways that big-budget horror films can only dream of.

Yet another found footage film (they just work for me, I can’t help it!). I found this hidden gem after seeing it recommended by fellow horror fans online. And boy oh boy did this scare me. I’m a sucker for first-person POV in horror, and this movie makes you feel like you’re being terrorized in a real haunted house for 90 minutes. It perfectly uses the trappings and limitations of found footage filmmaking, combined with a simple premise and a really spooky location. I found it so scary that I had to watch it in pieces to give myself breaks. It’s definitely worth checking out.

Last but not least, I consider “Hereditary” to maybe be the scariest film I’ve ever seen. The whole movie is like a perfect machine of fear, calibrated to build and build and build in intensity until it’s released in an explosive finale. And unlike, say, “The Exorcist,” it doesn’t start out slow with the scares. The frightening images and off-putting characters are there from the start, and the movie doesn’t let you off the hook for the entire runtime. Curiously, I’ve met several people who say they didn’t find any part of this movie scary, which is interesting because I truly found every part of it scary. If you buy into the world of the film and allow it to work on you, it will leave you absolutely devastated and terrified as it did to me.

I recommend every single one of these movies, and if you’re as much a fan of horror as I am, I’m sure you’re watching as many scary films as you can during this time of year. Check them out, and Happy Halloween!